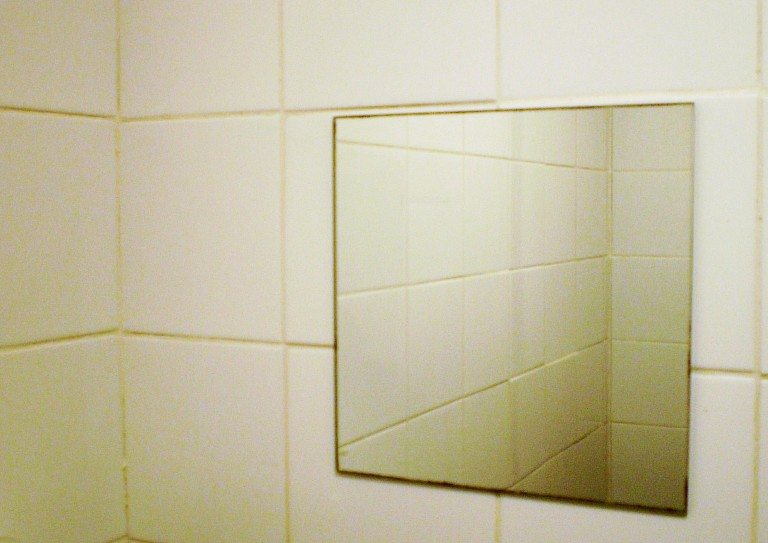 Taxidermy, single people and a bunch of mirrors

If you have ever seen taxidermied animals, you are likely to have been struck by the eyes and their capacity to look animated. The trick here is sometimes a trick of light, some uncanny belief that something cannot be so dead and yet so alive. It is said that in Victorian times, to secure the illusion, they placed small mirrors in the eye socket.

In effect, we all wish to be mirrored. Think of Freshers’ Week. When you asked banal questions, such as where do you come from or what do you study, the action was two-fold. There was an interest in getting to know people, but also in testing out potential similarities. You can wonder, when you asked about seventy strangers where they came from, did you actually care whether that curly-haired boy came from Southampton, or that tall pale girl from South Dakota, or were you just looking for someone to come from a place that you knew?

The need for mirroring is an instinctive one, and has only grown with time. Think of the Jennifer Lawrence era. What made her so in-the-moment, the true it-girl? The answer lies in Lawrence’s calculated effort to establish herself as relatable. Compulsively talking about the pleasure of food, drinking, and her similarly compulsive tripping branded her the everywoman we felt was more likely to hang out with us after work with some chips than say, Gwyneth Paltrow, who would probably just criticize my sheet-folding method and force me to buy her overpriced garbage.

Think of the number of “relatable” Twitter or Instagram accounts that seek to gather as many people under an umbrella of common concerns and shortcomings, defusing the pejorative potential of issues such as procrastination. This is a symptom of greater need for community, and fostered the idea of the importance of tight emotional bonds.

Romantic relations especially are growing into this mirroring. The trend of couples who are but one is now prevalent: Lily and Marshall in How I Met Your Mother; Brad and Jane in the criminally underrated Happy Ending; Annie and Jake in the short-lived Marry Me.

These couples function in the same way of total fusion. They are similar in their quirks and unique habits and when they differ, it is rarely on anything crucial, but rather serves as a reminder of how much they love each other, but also of how much they make each other better. They are fusional to a fault, although rarely presented as such, even though I faintly recall one particularly disturbing visual in which Ted pictures Marshall and Lily as one grotesque entity instead of two separate people. They also share a need to deglamorize romantic relations, to be both more relatable to the audience, but also to display the fact that their life as a couple knows no bound, not physical (the bathroom), or emotional (there are no secrets between them). The couple is everything, and one without the other does not make sense, and in many ways, it constitutes the final line of the building of identity.

I do not seek to question whatever anybody considers a functional couple. What I do seek to question is what these couples say about our vision of love and affection. My theory is that it betrays a growing conceptualization of romance as a unique point of reference due to the intensity of the mirroring it operates on us. The reasons for this are too long to explain, but probably draw back to the importance early societies put on familial units as well as a later development of our society of trauma.

I never questioned the construction of a couple as personal vector to find my own identity up to a particular realization. We all have a vaguely nebulous and heavily glossed-over projection of ourselves in a long-term relationship. Some exercise the fantasy of holding hands with respective rocking chairs, some imagine themselves nursing imaginary children, some restock some future pantry for a romantic dinner.

Perhaps I am the only one who does this, and if I am, I will deny writing this whole article. But sometimes, as I take walks in my hometown of Paris, or cooking dinner, I find myself thinking of what would change were I to have a partner by my side, what I would point out, or what I would present, prioritize.

In effect, these small fantasies that in no way betray my touch-and-go sanity, purely express a desire to heighten the experience of pleasant occurrences in my life. But what is interesting is how I approach this task: through the gaze of a romantic partner sublimating the mundane. A pattern of thought surfaced. I tended to consider things I do in romantic relationships as performance, but what I do in between relationships as rehearsal, as if the audience of a partner made me real.

These eyes I imagined floating in this imaginary partner’s face, they were not real, but a product of taxidermy. What interested me was not the life inside of them, but rather their potential for total reflectiveness.

The real question lies in why one longs for romantic relationships. Is there a schematic person-shaped hole in your heart, and would you cram anything in there? In the end, what you are looking for is taxidermy. It might look very, very real, and is domesticated so that you can approach it without fear. Taxidermy is often enclosed in glass cases. This is done because if you come too close, you start to see the stitches and tricks. The performance falls to pieces, and you understand that what you see is not real.

My mother, like most mothers, is full of advice. And like most mothers, some of it is out of date, some of it is semi-traumatizing, most of it is unwanted, and then some of it is life-changing. She told me this Christmas that it took her a long time to admit that she did not love her own mother, by fear of missing out on a unique and irreplaceable source of affection. A position she came to realize was untrue, and that this form of connection could be sought out and found in others.

The need for connecting, for mirroring, is a vital and primordial one, and I believe that any advice that hinges on the construction of emotional independence is not only unrealistic, but if applied comes closer to sociopathy than anything else. But much like my mother would point out, it can come from other sources. Friendships are often seen as place-holders for a romantic denouement, but this does not have to be so. Would you cook dinner for your boyfriend? Then cook dinner for your friends. Would you take your girlfriend to the cinema? Send a text to your favorite person in your study group. If you are looking for an audience to make your actions real, you have one. You are just performing in the wrong part of town. Pick up your bags and your tricks, and change venue. As you act out your sense of self, you will find a special kind of twinkle. It will not only be mirrors, you will not only feel real, but there will be a trick of light no taxidermist can operate. And it will be love, not imagined, but experienced.