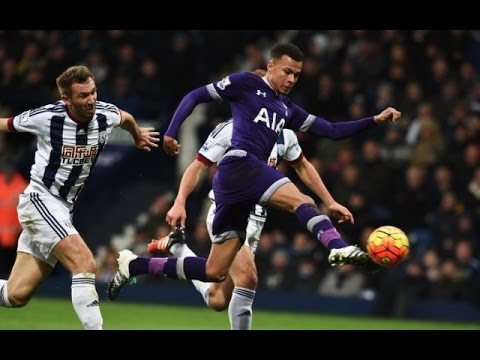 Could this be the season for North London?

For all the constant ‘Mind the Gap’ talk and associated ribbing between Arsenal and Tottenham fans, in reality both of the giants of North London occupy the same position in English football – the two perennial nearly men, always challenging for trophies but never quite succeeding, settling for minor cup consolation and the promise that next season will be different. Both teams seem prone to the disastrous mishaps that characterise nearly men: one recalls Laurent Koscielny handing the League Cup to Obafemi Martins with one disastrous back pass, or the famous food poisoning bug that cost Spurs a Champions League place in 2006 – famously described by the Telegraph as ‘from a land of milk and honey to a microscopically scrutinised tray of lasagne.’

However, in perhaps the most tumultuous Premier League season to date, neither of the two North London clubs exhibit any sign of commencing their usual gradual descent from title contenders to faux satisfaction with the prospect of a European campaign that will inevitably be inconsequential. After 26 games, both Spurs and Arsenal sit on 51 points, two behind the leaders Leicester (which is a story for another article entirely), and with a ten point cushion for the Champions League places. With this in mind, it seems to fair to ask, as seems to happen every year, if this really could be the season for one of the nearly men?

The unfathomable rise of Leicester aside (insert Jamie Vardy joke here), this season seems to be a uniquely opportune moment for one of the two clubs to win the trophy that has forever alluded Spurs, and has not been in Arsenal’s position since the 2004 ‘Invincibles’ season that seems permanently lodged in the front of the collective Arsenal fans mind, forever the first port of call in any football related argument.

Recent Premier League seasons have been characterised by the monopolisation of the big honours by Chelsea and Manchester City, but this will not be the case for the 2015/2016 iteration. City, as impressive in attack as ever, have been hamstrung by the weakness of their defence – with either the incompetency of  Eliaqium Mangala and Nicolas Ottamendi  or the frankly geriatric Martin Demichelis serving to the team’s detriment weak in, weak out. Chelsea for their part have finally received the comeuppance that any rational football fan would see they deserve, with a corrosive team spirit, injury crises and pure bad luck contributing to their demise and speedy descent to the doldrums of Premier League football. Thus, it could be reasoned that if there was any season that one of the North London clubs could break the correlation between illicitly acquired oil money and top flight success, this would be it.

And the emergence of new talent, especially for Tottenham, has only added to the growing belief within the teams and their fanbases that this season could be ‘the season.’  The rise and rise of Harry Kane last season offered hope for Spurs fans that their scouting department/academy system was finally unearthing cheap and young players. With this being said, scarcely anyone could have predicted the way in which Dele Alli, ostensibly signed as a developmental project, the archetypal ‘one for the future’, has emerged into becoming the most dominant English midfielder, perhaps midfielder full stop, in the League this season, with his plane ticket to France surely already having been booked. Moreover, the continued development of Eric Dier into a versatile defender/midfielder hybrid has created a burgeoning partnership with the aforementioned Alli.

It seems therefore, that even if this season does not prove to be the one in which Spurs reach the promised land, their fans have a more than valid reason to hope for the future. Similarly, Arsenal fans have with increasing lack of surprise watched the development of Francis Coquelin from a player struggling to get a game for Charlton to the lynchpin of the best midfield in the Premier League, playing with a consistency that belies his comparative lack of top-flight experience. On the same note, Hector Bellerin, the man allegedly quicker than Usain Bolt over 40 metres, has blossomed into becoming another one of the La Marca gems that Wenger has unearthed (and will almost undoubtedly be sold back to Barca in coming years before making an acrimonious return to another Premier League club.)

It seems easy, even par for the course, to dismiss the title claims of Spurs and Arsenal year in year out, for risk of feeding the hubris and overconfidence that characterise the existence of the fans of the two clubs. This season however, there seems genuine cause for optimism – it is questionable whether Leicester have sufficient squad depth to sustain their title challenge, whilst City need to start gaining points fast to have a chance of catching up with the rest. In the most competitive season to date then, could this finally be the year the power balance shifts from West to North?