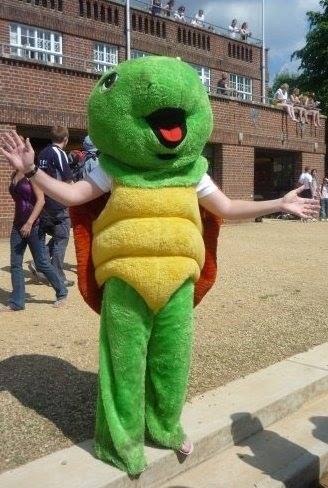 Magdalen JCR is now requiring one of its committee members to eat lettuce at every general meeting.

The undergraduate common room has proposed a constitutional amendment that  mandates the Oscar d’Tortoise (a JCR position with no real roles or responsibilities) to chow down on the vegetable at every GM. This amendment was part of a motion originally intended only to provide the position holder with a 60p lettuce allowance per meeting. This is in preparation for an annual tortoise race. However during the meeting it was agreed that the motion should include a constitutional amendment as well.

Magdalen JCR Constitutional amendments require the approval the college governing body and so the JCR president, Sam Sherburn, will have to present the amendment to them before it is passed The motion was put forward by the Oscar d’Tortoise himself, Zachary Klamann. In particular the proposal noted that: “the position of Oscar D’Tortoise requires training in the eating of lettuce quickly and efficiently” and “In order for Oscar to win the tortoise race, he or she must be skilled in lettuce eating”. It also included a provision encouraging Oscar to buy organic lettuce because “60p is a lot”.

Zach was very pleased at the success of his proposal: “Oh, I’m so excited…it’s a big deal, a constitutional amendment so I’m very proud of that”. He added: “I’m very keen to see Sam Sherburn present the amendment before the governing body”.