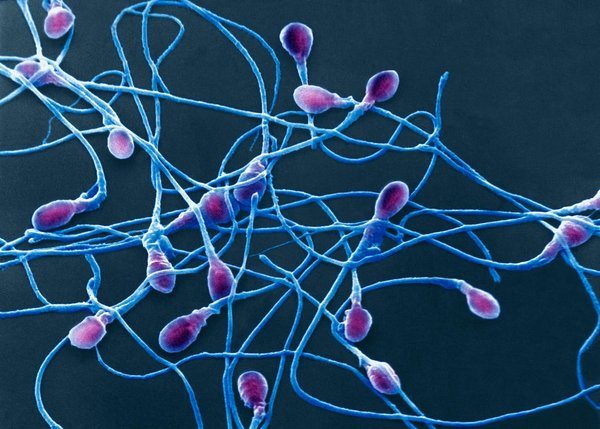 Scientists at Oxford University have, for the first time, been able to identify the origins of the ‘Timebomb in the Testicles’ phenomenon. This is a set of severe disease causing mutations within the testicles of healthy men that go on to cause serious genetic disorders in their offspring, despite both parents being healthy. The mutations are referred to as a ‘timebomb’ because the chances of them occurring increase dramatically with age.

The study focused upon a condition called Apert syndrome that affects the development of the skull and limbs, with most children who suffer from the condition being born to healthy parents. This condition was determined to be as a result of mutations in the FGFR2 gene that occur as the father’s testes produce new sperm.

Professor Anne Goriely, compared sperm from the mothers and fathers of children both with and without Apert syndrome, she then found that both groups had rare sperm with the mutation and then also found that the mutations in the FGFR2 gene were causing affected sperm to create additional copies of themselves which acted like cancerous tumours in accumulating over time to account for an ever greater proportion of an affected man’s sperm supply. As a result, older men produce more of these mutations and are more likely to produce children with these abnormalities.

The results were published in the journal PNAS, and are of increasing importance as people are becoming more likely to defer parenthood to later in life. Now that this discovery has been made it will allow scientists to look at how these growths of defective sperm occur and the effects that they might have in children. The hope is that this can enhance the knowledge that we have of the mutations that are likely to affect children when the father is older.