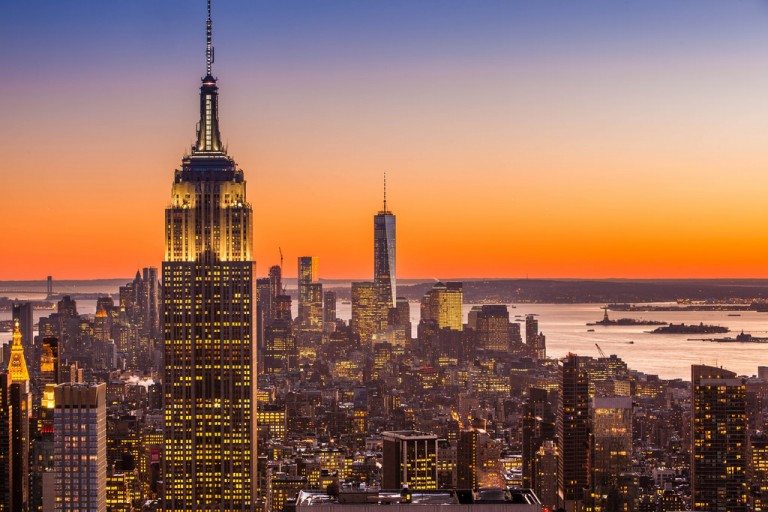 Call it what you like, the Big Apple, the city that never sleeps, the melting pot: New York City is quite simply breathtaking. Before going I was far from convinced that this would be my final verdict. Don’t get me wrong, I wasn’t expecting to hate it, but the only place I’d visited in the USA prior to this trip was a small town in Illinois. The super-size level of everything and the stifling monotony of the straight lines of identical houses had felt overwhelming oppressive. The final straw was three different people on separate occasions who mistook my Yorkshire accent for an Australian accent. My premonition about New York was that it would be this on an even larger scale with more glass, a few exceedingly good-looking and rich 20-somethings and the odd hip coffee shop thrown in for good measure.

I was wrong; New York is the coolest place on earth. It’s an indisputable fact. If you’re one for a bit of self-romanticizing, then you couldn’t possibly find a better place to put on your headphones and pretend you’re part of the cast of Nick and Norah’s Infinite Playlist. My best friend and I decided the best and most sensible thing to do on our first day in New York as ‘adults’ would be to buy a croissant and a huge cup of coffee, make our way down 5th Avenue (yes, it’s an actual real place with actual doormen who smile and say good morning!!) and stand in front of the window to Tiffany’s pretending to be Audrey Hepburn in Breakfast at Tiffany’s. Unfortunately neither of us had the eyebrows, little black dress or cigarette holder to emulate Audrey properly, but the thought was there and we considered it a brilliant use of our time, though the doorman may have thought differently. Other days, we put on our jeans and trainers and ran around wishing everything would turn black and white and we could truly be Greta Gerwig and Mickey Sumner from Frances Ha. We may sound sad and weird, and I think possibly we are BUT our little game of dress up and make-believe meant that accidently walking around the same block twice or missing your subway stop was fun, rather than demoralizing.

I used to think that American cities didn’t have as much ‘culture’ to offer as their European counterparts, and I can say definitively and truthfully that, once again, I was wrong. New York is FULL of amazing galleries. Move over Mona Lisa; The Museum of Modern Art, the Metropolitan Museum of Art and the Guggenheim are some of the biggest and most famous, but there are so many others dotted around old warehouses in the Meat Packing District and Chelsea that you couldn’t possibly ever visit them all. Though perhaps not quite as exclusive as a Chelsea gallery, the Neue Galerie was a particular highlight. This is a relatively small gallery dedicated to German and Austrian art of the early 20th century, created by Ronald Lauder (son of Estée Lauder) and houses Klimt’s iconic first portrait of Adele Bloch Bauer. Even if you don’t study German and have an ongoing love affair with Oskar Kokoschka, like yours truly, it would be saddening to visit New York and miss out on the sort of beauty this gallery holds. Light pours through the café windows, which feels almost exactly like a Viennese coffee house.

It might seem wrong to travel all the way to New York and then simply look at European paintings and visit a gallery trying to replicate the experience of being in Vienna. But what is an authentic New York experience? We tried to find it – we went to jazz bars, we went to diners, we went to bars, we went to coffee shops, we went to pretzel vans, we went to Chinatown, we went to bakeries. But there isn’t just one thing that makes New York New York, because the melting pot cliché is true. I never felt more New York than I was in Chinatown, almost in tears watching people rummaging through bins or when I was in the Polish bakery across the road from the hostel, devouring a cinnamon bun and having my coffee refilled by a woman in a pink hair net and apron (!!!) and being asked by a builder why “that Adele chic” is such a big deal across the pond (I kid you not).

New York is an amazing. Whatever opinion you may have formed of it before arrival, negative or positive, will be disproven and trumped one thousand times over.