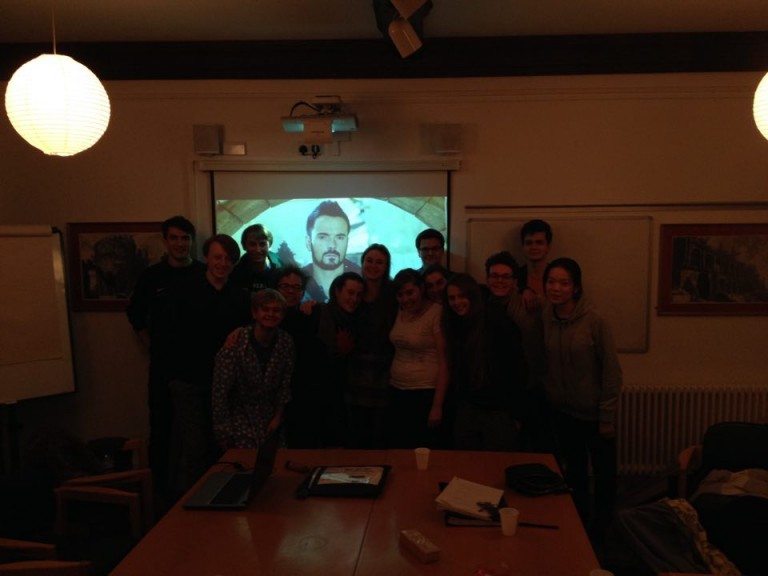 If, like me, you’re a child of the noughties, you may remember coming home from school every weekday to watch the CBBC show Raven, in which Scottish actor James Mackenzie guided schoolchildren through increasingly bizarre medieval-themed obstacle courses. While dressed as a raven. It ran for ten series between 2002 and 2010, winning two BAFTAs, and many have fond memories of the show. But some have taken this appreciation a step further. Corpus Christi is the first college with its very own Raven society, or RaveSoc. Led by first-year Frances Livesey, they meets weekly to discuss the program, create Raven-themed costumes, and, eventually, even stage a Raven challenge within the university itself. Livesey was kind enough to meet with me to discuss the society, and what she finds so appealing about the original show.

So, where did the idea for RaveSoc come from?
Well, obviously along with the rest of the country, I was gripped as a child by the adventures of Raven and the young warriors. In sixth form I discovered a few kindred spirits, and I managed to set up a little Raven cult, we even managed to stage a Way of the Warrior recreation. Raven was repeated on the BBC just before I came to Corpus, and I was so excited by this, I was like ‘Well, why not set up a Ravesoc?’ Where we can not simply appreciate Raven, but re-create it, where the BBC has so cruelly axed it?

How did you persuade people to join?
RaveSoc was formed fairly swiftly. I immediately got an abundance of support from the young warriors of Corpus Christi. I had a number of candidates for Vice Raven, there were a number of ideas floating around, and then I just set it up. Booked a room, wrote a constitution, and I suppose I just sort of collected young warriors. I generally just started running these meetings, and now we’ve got a full committee.

Are you worried that the name might be slightly misleading?
Oh no, that was the intention. Originally it was just called Corpus Christi Raven Society, but then a young warrior suggested we change the name to RaveSoc, to initially mislead people into thinking this would be a really “cool” society to come to, raving. And then they’d be like ‘OK, this isn’t actually about raving, but it’s something I want to do anyway’. It’s completely psychological, and it honestly is a bit of a rave. Who wouldn’t want to rave to Raven?

What do you do as a society?
What we’re trying to do is re-create Raven itself at the beginning of Trinity term. Last term we mostly just watched the show, but what we’re moving into now is the creation of challenges, of warrior stash [the costumes worn by contestants], et cetera. We’re going to try and get James Mackenzie, Raven himself, to come in and adjudicate it. I’m contacting him about being our patron. I’ve been in touch with him over Twitter, so hopefully he’ll be up for it!

What’s so good about the original Raven?
He’s just so magnificent. Can I just quote him here? It’s one of my favourite quotes; I’ve put it in the society email so many times: “it is only when night falls that you can see the stars.” I just find it so profound. I feel that Raven himself is so inspiring. He’s marching along through these stunning Scottish highlands, the landscape is so beautiful, and he’s conducting these challenges in such a magnificent manner. Raven is everything I want to be, in spirit. In a world so corrupt, I feel he embodies everything we should all aspire towards. The very qualities of a great warrior: to be brave, to stand by other warriors. I feel like those are the qualities we should all realise.

What’s the ultimate aim of RaveSoc?
Well, we want to expand, so hopefully after Trinity we can look at going inter-collegiate. After that we’re going to try to spread to other universities, maybe even other countries, like QuidditchSoc did, and organise inter-university challenges. We want RaveSoc to be bigger than the Union.

Corpus RaveSoc meet every Saturday from 7:30 to 8:30 PM at Corpus Christi College.