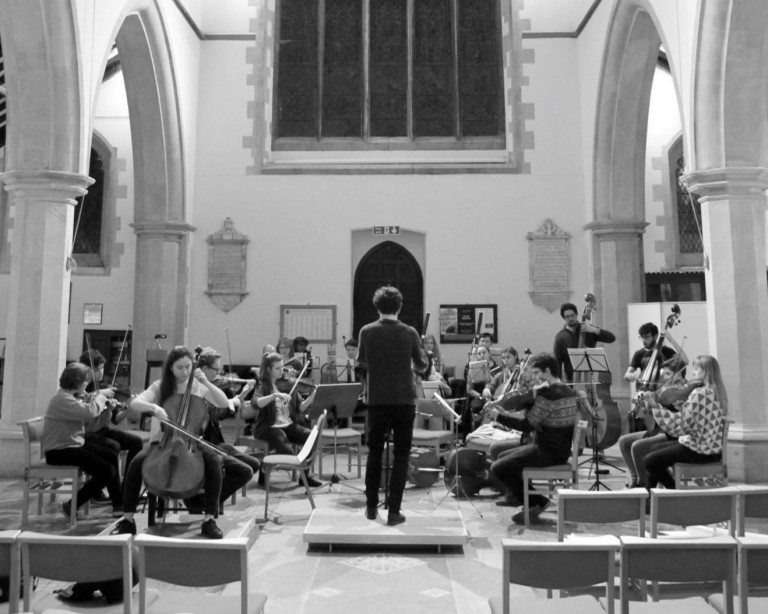 I suppose that there must have been at least someone else in the room who expected to be hearing Rach 2 on Saturday night—only to find themselves wondering where on earth the piano was! But if there was then, like me, they were keeping a low profile because unfortunately, this review must start with an admission: when I arrived at St Peter’s College chapel on Saturday evening to hear to the St Peter’s College Chamber Orchestra concert, I was genuinely expecting a cello concerto and piano concerto. In fact, the programme was Tchaikovsky’s Rococo variations featuring  Eliza Millett on the cello, followed by Rachmaninoff’s 2nd Symphony. It was fortunate that the evening turned out no less sublime than I had hoped for.

Tchaikovsky’s ‘Variations on a Rococo theme’ is the closest the composer ever came to a full concerto for cello. The piece opens with a statement of the classically inspired (hence Rococo) theme from the cello, which is then developed in a series of seven variations. After a confident opening, it was the second variation that allowed soloist and orchestra alike to come into their own, in a conversational variation that restates the theme from the opening few bars of the piece at nearly double speed. The soloist Eliza Millett, who can regularly be seen playing around Oxford with the Holywell Piano Trio (along with Sebastien Black and Sean Dunn), negotiated tricky harmonics and furious runs with lyricism and confidence bringing out the full auditory range of her instrument. Millett’s experience of playing chamber music and in smaller groups was clear to see, at points even turning her head behind the neck of her instrument to communicate with the orchestra behind her. In the final variation, Millett’s talents were really allowed to shine, as Tchaikovsky builds to a furiously paced finale, which is also demanding upon the orchestra. Flautist Dan Shao was outstanding on the solo flute part. Overall, Millett’s performance was astonishing, at once confident and delicate. But due credit must also go to conductor John Warner, who not only maintained a constant rapport with his soloist, but marshalled the ensemble with the clear but fluent style of a conductor well beyond his years.

The second half was Rachmaninoff’s 2nd Symphony in E minor. If you have never listened to it, (perhaps in favour of its much more famous cousin—the 2nd piano concerto) then I commend it to you. It has all of the hallmarks of Rachmaninoff that you would expect, with sweeping lyric phrases and dark stormy Romanticism, but played out on the scale of a full symphony. It can be risky for a small orchestra to over-reach itself with ambitious repertoire, but there was no danger of that here. The leader, Ben Cartlidge, played intelligently throughout and Warner marshalled his forces to produce an impressive sound through the forte sections of the first movement, whilst deftly balancing this with subtlety in the more delicate sections.

Warner’s choice of Sibelius’s ‘Scene with Cranes’ as an encore made for a bleak and grey ending which, I thought, could have done with some more cheer after such a fabulous program; but nevertheless the audience were on their side and they carried it off in style. It is sometimes easy to forget, when watching professionals or when sitting in an austere concert hall surrounded by serious people, why one listens to music in the first place—that is, for the sheer joy of it. Therefore, of the many wonderful things about this concert, special mention must be given to percussionist Miranda Davies, who not only played with confidence and skill, but also could not (or would not) hold back from beaming for the majority of the symphony.

I am usually of the opinion that one can always find fault with a concert. However, for this performance I resigned to circling the typos in the program for want of something more damning to report.