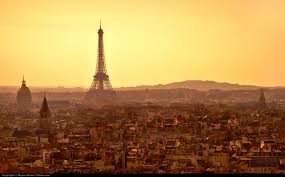 The Paris November terrorist attacks have left the French political class in a state of turmoil. Since the suicide bombings and mass shootings at cafés, restaurants and the Bataclan concert hall in central Paris, the French have been divided as to how the government should react to protect its people without trampling on their fundamental freedoms and regard for human rights. The French president, François Hollande, has been relentless in his advocacy for a muscular reaction to bolster national security and disrupt the terror threat.

The government has increased air strikes in Syria and agreed to assertive police raids to uproot French grassroots terrorism. In the wake of the terrorist attacks these measures were widely backed by the French electorate. Hollande’s popularity surged as French flags were displayed outside Parisian windows and petty political arguments gave way to collective pride and national cohesion. This stage of collective bliss didn’t last very long. Prominent political figures rose against the government’s policy enabling the revoking of French passports from convicted terrorists who possess dual citizenship. Such an amendment, in the eyes of many, was a step too far.

Since French Prime Minister Manuel Valls announced the measure people have taken to the streets to protest against what they perceive to be a fundamental breach of the French Republican model. The amendment to the French constitution was still nevertheless approved on February the 8th, with 103 votes in favor, 26 votes against and 7 abstentions. The issue is so contentious that 441 parliamentarians did not show up.

Such a poor turnout, whether out of protest or embarrassment, is surprising as denaturalisation has been commonplace in the UK since the Conservatives came to power in 2010. More than thirty such decisions were taken by the UK Home Secretary Theresa May in only 5 years, who strongly favors of the extension of these measures, first introduced by Tony Blair’s Labour government in 2001 in response to the 9/11 terrorist attacks and race-related riots in the towns of Oldham, Bradford and Harehills.

These measures were expanded following the 7th of July 2005 London bombings. The Home Office acquired the right to remove an individual’s British passport if his behavior goes against public interest. Tony Blair promised to use this penalty sparingly and kept to his word, with only four British nationals stripped of their citizenship in the five years between the 7/7 bombings and Labour’s 2010 electoral defeat. However, the general state of affairs has changed dramatically since David Cameron took office. At first worried as a result of the governments growing usage of such a severe measure, the British public is now mostly apathetic and cooperative. Many seem to think that budding terrorists do deserve it after all.

With similar measures having been accepted abroad, in countries such as the UK, the Netherlands and Canada, and with laws backing the potential deprivation of French citizenship having been practiced since 1927, what makes this specific amendment to the French constitution so electric and controversial with the French electorate?

Opponents of denaturalisation have brandished two arguments throughout their campaign. They have argued that such an amendment to the constitution is ineffective as it will not deter terrorists from committing further crimes. They have also argued that, even if it were useful in preventing future terrorist attacks, such measures go against fundamental human rights by calling into question the principle of equality of all citizens before the law.

The soundness of the first argument and the weakness of the second combine to blow out of proportion a small and mostly symbolic amendment. Regarding the effectiveness of the measure, many terrorists see themselves as martyrs and will die carrying out their morbid assignment. Those who flee the country to remain alive attach little importance to their citizenship. Why would someone care about being French when he or she believes the Western way of life to be an abomination, or at least pretends to do so?

Proponents of the measure see depriving terrorists of their French nationality as the only way of expelling them if they are caught alive. The case of Djamel Beghal is often given as an example. When Mr. Beghal was released from prison in 2009 the French judiciary rejected his expulsion from France. He was maintained under house arrest for a year – a year during which he was visited by Cherif Kouachi and Amedy Coulibaly, two of his mentees who later planned and perpetrated the January 2015 Paris terror attacks.

Nevertheless, wouldn’t it be better to keep these people in Europe to have them monitored than let them vanish into thin air? Wouldn’t depriving terrorists of their civil rights and passport be more effective in countering terrorism? The advantage of such a measure would be that it applies to the French population as a whole and not only individuals with multiple nationalities, which is precisely the second argument used against the motion.

The French population resents the fact that their left-wing government has adopted and repackaged what was originally a far-right policy proposal.  French intellectuals have argued that such constitutional reform constitutes a breach of the principle of equality, indispensable to the “Liberté, Egalité, Fraternité” mantra promulgated since the French Revolution. They see such a law creating a two-tier citizenship system segregating “real” French mononationals from “fake” French plurinationals and portraying the latter as problematic by associating them with terrorism. French minority lobbies have also condemned the bill arguing that it stigmatizes French plurinationals who are already having a hard time integrating in French society. They claim this bill does not affect Franco-Norwegians, Franco-Americans or the like, but implicitly discriminates against social groups that originate from France’s post-colonial migration; social groups that are already disadvantaged in their dealings with the police and both the labor and housing markets. This bill, they say, will reinforce their sense of stigmatization.

However, the correlation between denaturalizing French terrorists and the stigmatization of French minority groups is weak at best. Saying on the one hand that all plurinationals will be stigmatized in a newly created two-tier system, and later arguing that only dark-skinned minorities will be concerned displays a surprising lack of argumentative coherence as well as an over-the-top victimization of these population groups. Stripping a convicted terrorist of his nationality will in no way influence minority groups, even if they share a similar background. The new law is aimed at terrorists, not binationals – there is therefore no reason for binationals to feel threatened if they do not engage in terrorist activities. Why would a French binational care if a random terrorist lost his French citizenship as a result of his allegiance to the Islamic State? Moreover, by arguing that dark-skinned binationals would be influenced differently, these lobby groups are themselves creating the two-tier system they so despise. The fact stigmatization exists, and it certainly does exist, originates from elsewhere – and the French ought to be addressing the root cause of the problem, as opposed to using the constitutional amendment as a pretext to display their growing frustration.

Anyhow, Francois Hollande’s plan backfired – driving one group to question its effectiveness and another to question its moral and Republican soundness. Even if the former has been drowned out by the political mayhem caused by the latter, technical flaws in the constitutional amendment are more worrying than the potential, and somewhat farfetched, stigmatization of minority groups that will result from stripping terrorists of their French nationality. All in all, the government’s constitutional amendment will be of little use and will have little influence. The French should turn themselves to more pressing matters. 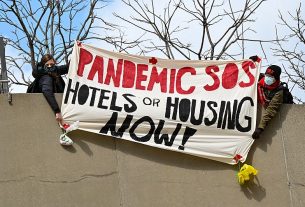 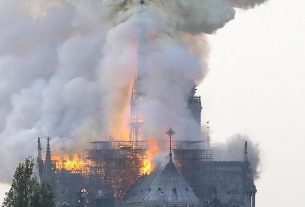 ‘Our Lady of Paris is in flames’: What was truly lost in the Notre Dame fire

The Year We Say Goodbye to Britain