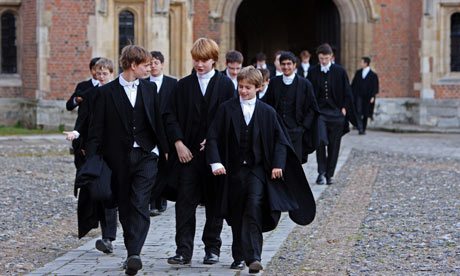 A parent advice group has suggested that highly-selective schools can hinder some students’ chances of getting into Oxbridge.

According to its Twitter page, The Parent Brief “offers advice and information on all the aspects of your child’s education and wellbeing”. Its latest book, Independent School Entrance, was published this month containing “expert advice”, league tables and checklists for parents looking to send their children to private schools. Its guidance on Oxbridge admissions suggests that, while students at the most selective schools can do well when applying to the most prestigious universities, college quotas mean that not all of the pupils will be successful, despite them obtaining similar grades.

Speaking to The Telegraph, the Director of The Parent Brief, Victoria Barker, said: “The schools on the top of the league tables have selected their cohort as potential Oxbridge candidates all along … But there are limits to the numbers that can reasonably be taken from any single school.” She continued: “The pupils of the most selective schools are competing against each other for entry to the top universities—and this can be an unpleasant experience for a child who is not as accomplished as their friends.”

However, in December, Oxford was criticised by the Social Mobility and Child Poverty Commission. It reported that, although the proportion of state school entrants at Oxford has increased by 6% since the 2003/4 academic year, this is mirrored by a decrease of over 5% in the proportion of entrants from less advantaged social backgrounds.

The report also highlighted how Oxford has failed to meet the Russell Group’s benchmark for the admission of students from less advantaged social backgrounds by 5 percentage points. Oxford, where just over 10% of entrants fall into this group, ranked joint lowest (with Cambridge) out of the Russell Group in this measure.

Responding to The Parent Brief’s book, the Independent Schools Council offered this comment to The Oxford Student: “There is no evidence that students from less selective schools are more likely to achieve Oxbridge success. Selective schools have the advantage that they can teach larger groups of Oxbridge students—much easier than teaching just one pupil. Schools which achieve a number of Oxbridge successes each year have the advantage that they pick up information about the processes used in specific subjects at particular colleges.”