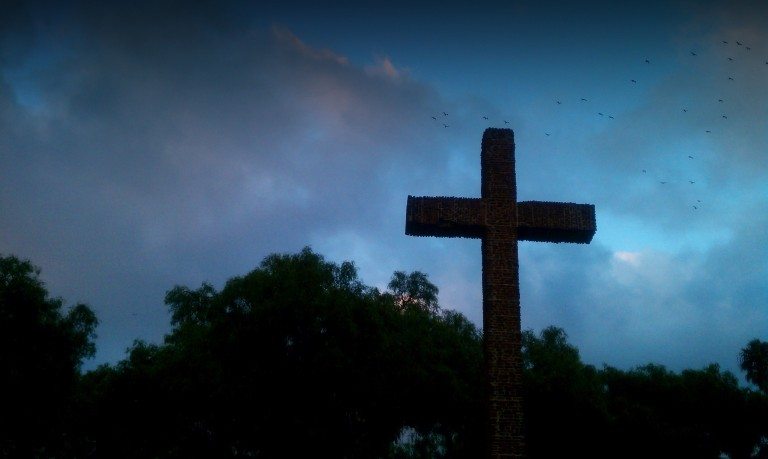 For seventeen years of my life, “home” was located within the London Borough of Hillingdon. The borough, comprised of West Drayton, Hayes and Harlington, Uxbridge, Yiewsley and Ruislip-Northwood, has a population of around 273,936 and boasts not only London Heathrow, the busiest airport in Europe, but also a thriving ethnically and religiously diverse population. As of 2011, 52.2 percent of the region identified themselves as White British; meanwhile, those of Asian descent composed 25.3 percent of the population, and the proportion of  individuals from an African-Caribbean descent stood at 7.3 percent. On a daily basis, the streets are awash with a mix of Urdu, Punjabi, English, Polish and Tamil, all of which drums through the cracks of the pavements and seeps into the crumbling buildings. Even within my proudly Catholic school where it was presumed that Christianity was the true religion, Islam, Hinduism, Judaism and Buddhism were still openly discussed and explored in a positive manner. It was clear that within such a sprawling and culturally complex town as West Drayton, education rather than ignorance was the key to bridging communities and developing understanding. By contrast, the conservative state of North Carolina, where my family chose to migrate to in 2014, could not have been further from my liberal, progressive and welcoming hometown of London.

North Carolina sits comfortably within the American Bible Belt, a term coined by political commentator H. L. Mencken in order to describe the socially conservative Evangelicalism that pervades the southeastern states including Virginia, Mississippi, Georgia and Alabama. Whilst around 70 percent of Americans identify themselves as Christian and 42 percent attend Church weekly, church attendance amongst the southern states is significantly higher. For example, around 63 percent of inhabitants in Mississippi attend Church weekly and 56 percent do so in Louisiana, compared to 26 percent in New Hampshire. In a 2016 poll of 100 cities carried out by the American Bible Society, the city of Charlotte, North Carolina was ranked the sixth most “Biblically minded city”, whilst Asheville, North Carolina was ranked ninth. Such religious fervour lends itself to a fundamentalist interpretation of religion which often constructs a conservative, gun welding, anti-abortion and anti-gay rights narrative, all of which is supposedly justified by the teachings of the Bible.

Constitutionally, the Church and State are separated by the First Amendment, as Congress is prohibited from promoting or restricting the exercise of any religion. In reality, religious and political ideals are inextricably linked, and most notably, a recent study conducted by the Pew Research Centre found that 50% of the American public would regard an atheist candidate as untrustworthy and would be less likely to vote for them. You don’t have to look far to find the political candidates of the upcoming U.S. election enthusiastically proclaiming their faith to the Almighty. After winning the Iowa caucus on 2nd February, Ted Cruz stated: “Let me first of all say, to God be the glory”, and throughout the campaign trail he has consistently condemned what he perceives as the increasing attack on religious, i.e Christian, liberties. Meanwhile, according to a Pew survey, 52 percent of white evangelicals still favour Donald Trump despite his scuffle with the Pope, who suggested that wanting to build walls as opposed to bridges was un-Christian. Interestingly, the bold, brash and overtly God-centred rhetoric of the Republicans acts as a stark contrast to the quiet, mumbled mentions of Methodism by Hillary Clinton. In fact, studies have illustrated that compared to 2007, the percentage of those who now believe that Clinton is not religious at all has risen to 43 percent from 24.

The exact moment when religion became firmly embedded within US politics is difficult to pin down. Some have argued that the 20th century rise of fundamentalist Evangelicalism encouraged a more proactive and aggressive intervention of Christianity into the political realm. For example, states have been pressured into banning the teaching of evolution within schools, and during the 1920s, the Women’s Christian Temperance Union were able to prohibit the consumption, production and sale of alcoholic beverages under the Eighteenth Amendment of the American Constitution. The Prohibition period marked the turning point at which the Protestant Church was transformed from a distant, detached force to a deeply embedded social influencer and commentator, a position it has retained throughout the 20th and 21st century.

As a Londoner studying at Oxford University, an increasingly progressive and socially conscious institution, listening to the Islamophobic, immigrant-hating, gun-waving, Church-hailing rhetoric of the Republican party feels surreal and comical. Yet, whenever I visit my family in North Carolina, I am confronted, almost on a daily basis, with disturbing snippets of Conservatism. For example, as I sat in one of the state’s mega-churches with my parents,  I was taken aback by the slippery slope argument proposed by the Pastor, who seemed to believe that accepting Transgender individuals within the community marked the destruction of established Godly gender structures and would inevitably lead to a demise in societal morals. Further still, in a bank on the outskirts of Cary, North Carolina, a bank assistant complimented my accent yet seemed slightly taken aback when I mentioned that I grew up in London: “But aren’t there too many Muslims there?” she uttered, wide-eyed. What was striking about her ignorant assertion was that despite its being boldly declared within a public place, nobody flinched and nobody but myself seemed to find her question, or arrogant statement, rather, offensive.

Undeniably, there is a close link between fundamentalist Christianity and Conservative ideologies; however, there are other factors at play. In recent years the “Bible Belt” has undergone a dramatic rejuvenation as major metropolitan areas, such as  the Charlotte-Concord-Gastonia and Washington-Arlington-Alexandria districts, have flourished under the booming industries of finance, medicine, biotechnology and manufacturing. However, the legacy of slave labour, Jim Crow Laws and stunted infrastructural development, have led to vast levels of racial, educational, health and income inequality, all of which have resulted in tensions between the Black, Latino and White populations of the South and encouraged many to flock towards the Church for stability and guidance. Certainly since the 2008 recession, according the the Census Bureau Report, southern states, including the seemingly “affluent” and “progressive” North Carolina, have all seen an increase in the number of those residing in “poverty areas” where 20 percent or more of inhabitants live below the poverty line. These poverty areas are often characterised by high levels of crime, high rates of unemployment, low levels of educational attainment and poor housing, creating an atmosphere of frustration and hopelessness. Unsurprisingly within such regions, hardline Republican ideas, particularly those with an anti-immigrant sentiment, are favoured.

The US election has placed the extremes of Republican Conservatism into the forefront of the international gaze. Whilst being a Christian does not necessarily equate to becoming a devout and hardline Conservative, the link between the two ideologies is often exploited by the Republican Party who throughout their campaigns emphasise the Godly nature of their actions. Whilst European politicians often shy away from Religion, for fear of being mocked, within America religion operates on a public platform. The phrase “God Bless America”  is a popularised term, used not only in times of national tragedy but also as a patriotic and positive affirmation of America’s unique relationship with Christianity and God himself. Whilst I am often baffled, disgusted and amused by the rhetoric and actions of certain American politicians, ultimately they are pandering to a public for whom religion acts as a  motivating, comforting and political force.