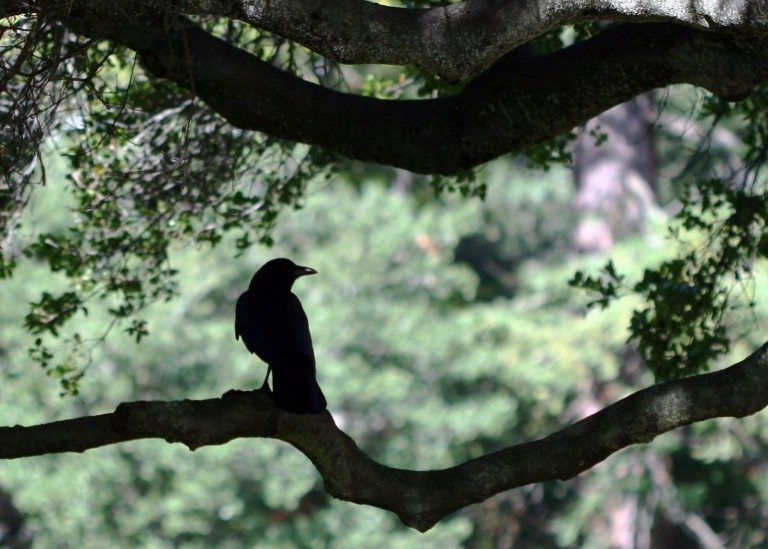 An Evening with Corpus RaveSoc

“There’s so much drama in this episode.”

That was the opening line, from RaveSoc founder Frances Livesey (see last week’s OxStu for details) as I sat down for my first meeting of Corpus Christi RaveSoc, the club dedicated to the appreciation of CBBC’s Raven. The evening’s activities did indeed open with an episode of the children’s fantasy game show, which was just as packed with human drama and high-stakes action as one would expect, but more interesting by far were the group dynamics of the small band of acolytes gathered in the college seminar room that evening. For all the drama involved in watching kids complete basic orienteering challenges in stupid clothes, it can’t hope to match the drama of arguments over the storyline or dramatic readings of fanfiction. Like all the best fan clubs, this meeting was less about the show itself than it was about the fans, or, as they called themselves, the young warriors.

Once the evening’s ten disciples had assembled, we started with an episode of Raven: The Dragon’s Eye, a spinoff of the original show which curiously decided that what the original gameshow was really missing was an emphasis on plot and character drama. The result was a bizarre mish-mash of The Phantom Menace and The Apprentice, all filmed on location in a bizarrely laid-out Scottish forest seemingly consisting of ninety per cent scenic cliffs and piss-easy obstacle courses. Our hero, played by James Mackenzie, divides his time between terrible ‘dramatic’ scenes with some amdram joker whose sideburns seem at risk of consuming his entire face, and marching about delivering bollocking sessions to various groups of wide-eyed children for not completing obstacle courses to his liking. Like a low-rent Alan Sugar crossed with Gandalf.

If it sounds like I’m taking the piss, it’s because I am, but no more so than anyone else in the room. When I laughed at the bargain-bin CGI of the opening titles, the young warrior sitting next to me leaned over and muttered: “You haven’t heard the dialogue yet”. Everyone was perfectly aware of the ridiculousness of the thing they were watching, and were quite content to simply enjoy it in all its low-budget earnestness. The comments kept flowing throughout the episode – highlights included “One does not simply sass the Raven”, “top acting”, and a round chorus of laughter at Raven’s sincerely-delivered line that, should any demons invade, “they’ll have my staff to answer to!” You’d be amazed how much camaraderie can be achieved by taking the piss out of low budget kids’ TV. Frances Livesey made an excellent MC, charismatic enough to cut through the rabble, but relaxed and friendly with it, greeting one late-comer with a simple “Hello, young warrior” – the society’s slightly cult-like overtones counter-acted with an affable sense of ease and community. RaveSoc was nothing if not accepting – accepting of bad acting, bad music, poor banter, and most importantly accepting of each other.

This televisual extravaganza gave way to a literary one, as the group took the time to sample the delights of some Raven fanfiction. The first of these was a multi-chapter epic about Raven trying to save the kingdom from the forces of darkness or something, and was another exercise in ironic appreciation, particularly instructive to an English student interested in learning sentence structure through an extended ‘what not to do’. The second of these was the delightful post-modern comedy ‘Raven is a Dumbass’, which I recommend tracking down, as it is more or less the distilled essence of RaveSoc. Following these delightful literary excursions, it was decided that such readings should be a fixture of RaveSoc henceforth, including submissions from a few members – in the words of Ms. Livesey, “Oxford student intellects would be best employed in Raven fanfic”. This sentiment was met with universal approval.

This was followed by a more sober discussion about the practicalities of recreating Raven in University Parks, as RaveSoc plans for next term. The meeting concluded with one more episode of the show, and I left with the strong desire to come back next week, without even entertaining the possibility of getting an article out of it.  Between you and me, dear reader, that’s really saying something.