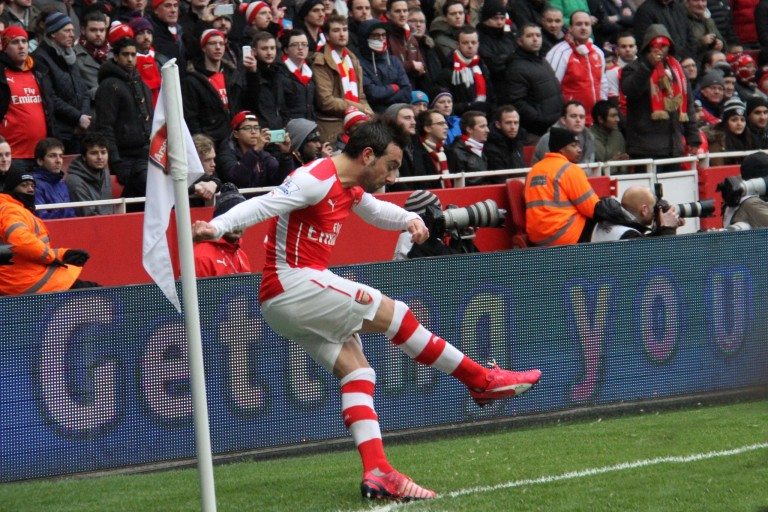 It hardly seems prudent that, half way through the most unpredictable premier league season imaginable, and with the transfer window yet to really get going, one should be making any predictions for the rest of the season, with the risk of being hoisted by one’s own petard very real indeed.

Yet, after the annual bumper holiday run of league football, broken up only by the 3rd round of the FA Cup, it’s time to fulfil that seasonal tradition of Premier League predictions for the end of the 2015/2016 season.

Though City missed Kompany at first, they’ve improved in their last few games, and their comparatively immense pool of talent, seeming rather more motivated than last season, could prove the difference. I might as well have flipped a coin between Arsenal and Manchester City, but in my mind City’s experience grinding out the results come the end of the season will just about see them through.

Arsenal’s quote of the season is that they may not get a better opportunity of winning the league for a while. They’ve got their injuries, and a lack of rotation may make things difficult but their starting XI are relatively intact. Arsenal are traditionally seen as the harbingers of their own downfall and though a potential upcoming exit from the Champions League may help, I still see them being pipped by City after 38 games. Just.

Arsenal’s friendly neighbours have been consistent, and increasingly impressive, with but one loss since their first game of the season; not to mention that Harry Kane is on fire. Turn a small handful of draws into wins in the return fixtures, and Tottenham should be sitting pretty in the Champions League next year. Dark horses for the title.

Van Gaal’s so-called boring style stopped producing the results that would justify it, and Manchester United started to look like Chelsea did a few games ago (before their narrow defeat of Swansea). United are going to need some serious improvement and some consistency to get back into the top four but a lack of consistency from some of the usual frontrunners might save their season if not their manager.

The neutral’s heart longs for Leicester to win the league; scoring in every game until Boxing Day, and losing only two all season so far bodes well, but their lack of depth in comparison to title rivals like City will cost them, in addition to the seemingly unending view that at some point this wonderful insanity must stop. With chaos throughout the league, they could well still hold on to 4th, and what a magnificent story that would be. It would hardly be a disappointment to play Europa League football after last season’s great escape.

Klopp’s arrival has brought in 5 wins, 3 draws and 4 losses in the league. Performances are showing glimpses of what the new high-pressure game can bring, however, it’s hardly much better than the inconsistency of the late Rogers era just yet. If they keep their sudden plethora of striking options fit, the results could well keep coming, but top 4 may be a little out of reach this season, despite the frenzy of the league.

Chelsea have given themselves a vast mountain to climb. Under Mourinho the players gave less than they should have done even if unmanaged and untrained; for that, Champions League football next year is almost certainly out of the question. If some of the unexpectedly successful clubs keep it up even a Europa League spot might be a challenge.

West Ham were winless in seven before reeling off victories against Southampton and Liverpool, after a really strong start to the season. Expect a little more stability in results for the rest of the season, and though they may fall just shy of the Europa League spots, it would be an impressive debut season for former Croatia manager Slaven Bilić.

In any other season, Palace’s form and consistency in getting them to 5th on Boxing Day would be one of the stories of the league. Alan Pardew has done a phenomenal job with the Eagles; all he needs do is keep up whatever he’s doing to recreate their brilliant performances and a European football berth could be waiting in May.

Stoke have been magnificent this season, and all credit goes to Mark Hughes. With some nifty signings, the manager has produced a side that has done the job on Chelsea and both Manchester clubs. Hughes announced a reluctance to rush into buying anyone in January, only if the ‘right players’ come along, and it doesn’t look like he’ll need all that much.

Watford have been one of the stories of this astonishing season. Quique Flores has produced a team that gels superbly and works unbelievably hard on a weekly basis. They have a little less depth than the teams around them, which may cause them to drop a few places, but not too many if their brilliant performances continue.

It’s been a disappointing season for Southampton so far, with the side that finished 7th last season languishing in 13th after fairly consistently unexciting performances this season. There have been signs of improvement, not least their 4-0 demolition job on Arsenal; more of the same, and a better second half of the season is in order, though they still may come up somewhat short of last season’s heights.

Lukaku scored in seven consecutive Premier League games, but the inconsistency of the team around him is such that they only managed two wins from those seven. Everton need to shore up defensively and produce some form if they want to move up the table, otherwise a mid-table finish is the likeliest finale for the Toffees.

West Brom had one win in seven before grabbing six points from Newcastle and Stoke, but have had a solid enough season and are now 9 points clear of relegation, with a cushion of 5 teams. That breathing space means that there aren’t too many worries for the Baggies.

Where did it all go wrong for Monk? Swansea started so brilliantly with 8 points in August, but victory against West Brom on Boxing Day was their second in the league since then (the exception being at Aston Villa). The consolation, as it has been all season, is that the performances haven’t been completely lacking quality, and fortune simply hasn’t been on their side; if their execution continues as it has all season, relegation shouldn’t be an issue in May.

Bournemouth’s rise to the top of the Championship last season with their small stadium and budget, their team ethos and the Football League manager of the decade in Eddie Howe won the hearts of many neutrals. However, fears for their survival in the Premier League appeared justified as they struggled for results, despite turning out brilliantly on a weekly basis. One loss in their last eight games has changed all that, and should Howe keep working his magic, Bournemouth will be playing in the Premier League again next season.

Alex Neil is another great young manager of a newly promoted club. And Norwich’s good results haven’t been in batches, but spaced out throughout the season, which is always a good sign. Three wins in four, including an impressive away performance at Man United, has lifted them from the bottom three, and if performances continue, they should remain that way on May 15th.

Newcastle kept faith with McClaren when they seemed destined to finally fall on the wrong side of the relegation line, and since October the Magpies have finally provided some hope. However, it is still a slim hope that has receded a little since back to back wins over Liverpool and Spurs. The success of the promoted clubs hasn’t helped and this might not be the season for Newcastle fans.

Whilst Sunderland have improved under Allardyce, that says very little. The black cats had three points before the end of October, and didn’t pick up any points in December. In the recent defeats at Man City and Chelsea they looked absolutely woeful. They’ll need a few good signings in January to save themselves, but even that might not be enough.

By far and away the easiest prediction to make: 8 points from 20 games is unacceptable for any team in any league. In fact, it’s really 5 points and no wins from 19 games. No wins as of yet for Garde, but it seems Villa is a lost cause regardless of who is in charge.