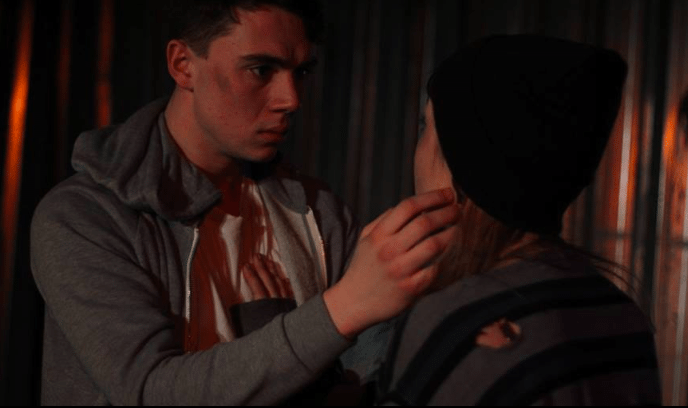 It’s sometimes all too easy, considering the culture of violence we live in, to watch films and tv programs depicting murder or rape, and feel unmoved, or at least, blank. Jonny Danciger’s production of Mercury Fur however, will not leave you complacent. It’s utterly compelling. Ridley’s dialogue, which is at times utterly poetic, and at others, bordering on the contrived, was handled beautifully by the cast: their delivery helped to make potentially absurd sections sound lucid. Admittedly, some of the swearing felt a bit gratuitous at times, and didn’t always feel as honest- sometimes the use of ‘cunt’ seemed to choke in the mouth a little- but considering how well the cast managed some of the tongue-twistery lines, this is perhaps ungenerous.

Mercury Fur is set in a decrepit flat in a dystopian London, where the populace has been left zombified by an offensive of hallucinogenic butterflies. The set immersed audience in the drama from the get go- placed in a living room smeared with filth and with corrugated iron and a dilapidated sofa (with pretensions to grandeur in its William Morris-esque pattern) as the focus. Props were strewn, dropped and crumpled throughout the duration of the play, creating a sense of the destruction, and the utter indifference of the characters to their surroundings. Later on, bodies soon replaced the props upon the floor – used and abused, they were then strewn all over the floor like trash. During the course of the play, we see the disintegration of morality and vivid memories disappear due to the wake of these butterflies, who, glued to the walls of the set, are ever present, and ever watching.

The plot centers on a day in the life of Darren (Mia Smith) and Eliot (Calam Lynch), a pair of siblings who, as the play begins, are organizing a torture party for a sadistic businessmen, promising to fulfill his wildest, most violent fantasies- ranging from paedophilia to an Elvis fetish. It’s safe to say the casting of Lynch and Smith as siblings was an inspired choice- you really felt the complexity and tenderness of their relationship, even at breaking-point. Lynch brought humanity to a character who could otherwise have been a cardboard cutout of a sociopath, while Smith, played both innocence and sadism all in her stride. Bethany Evans gave a particularly beautiful performance, as the happy-go-lucky next door neighbour Naz. Even in the depths of her despair when in a drug addled state, she attempts to cheer up those around her through the delivery of her darkly comic lines. I might also add how refreshing the gender blind casting was. It’s wonderful to see that clearly brilliant actresses were given the opportunity to make previously ‘male’ parts theirs. It might sound patronizing, but so often it seems that directors take the easy route and simply cast according to gender binary.  Danciger clearly revisualised parts to make them about the person, rather than the assigned gender, and evidently to an excellent end.

Our initial perceptions of the relationships between characters are often undermined as each scene progresses; with sympathies ever shifting, and constantly challenged- take the relationship between the insidious Papa Spinx (Harry Lukakis), the leader of the pack, and the Duchess (Sophia Rolt), his demented companion, raving in her pearly array. Their relationship’s dynamic is all at once tender and malevolent.

Although the characters behave brutally in an environment of ruin, this is counterbalanced by the love they demonstrate for others. Their treatment of the child, who they refer to as the ‘party piece’, epitomizes the conflict between care and cruelty. Alice Boyd, (though mute in her role as the child) manages to convey so much despair in a single look- and despite the torture she endures, we still find ourselves sympathizing with her tormentors. And this only goes to show what a deep emotional connection the whole cast managed to make with the audience.  The claustrophobic staging of the piece enabled this bonding, with the audience’s chairs all crammed into tight rows,  meaning viewers were confronted, and forced to be witnesses to this violence- a passive experience was nigh on impossible.

There was, also an inspired use of the song ‘Go Johnny Go’, like ‘Singin’ in the Rain’ in A Clockwork Orange- which, really forced home a feeling of terror, as well as making a sly nod to the director himself. The one issue I had with the piece was that the ending was rather abrupt, which meant that the audience weren’t given a necessary moment to pause, and consider what they had seen. This wasn’t helped by the strobe lighting, which felt forced, and in my eyes at least, interrupted, not aided the drama, detracting from what could have been a very powerful final scene. I can’t help but feel like this checked the emotional climax the piece could have reached, considering how moving it had been up until this point. With that said, this production is a shockingly good piece of drama. Clearly, the play is incredibly graphic and represents a number of taboo activities, which some audience members might struggle with, but all in all, this is a superbly directed piece with a great ensemble cast. It certainly made me think. 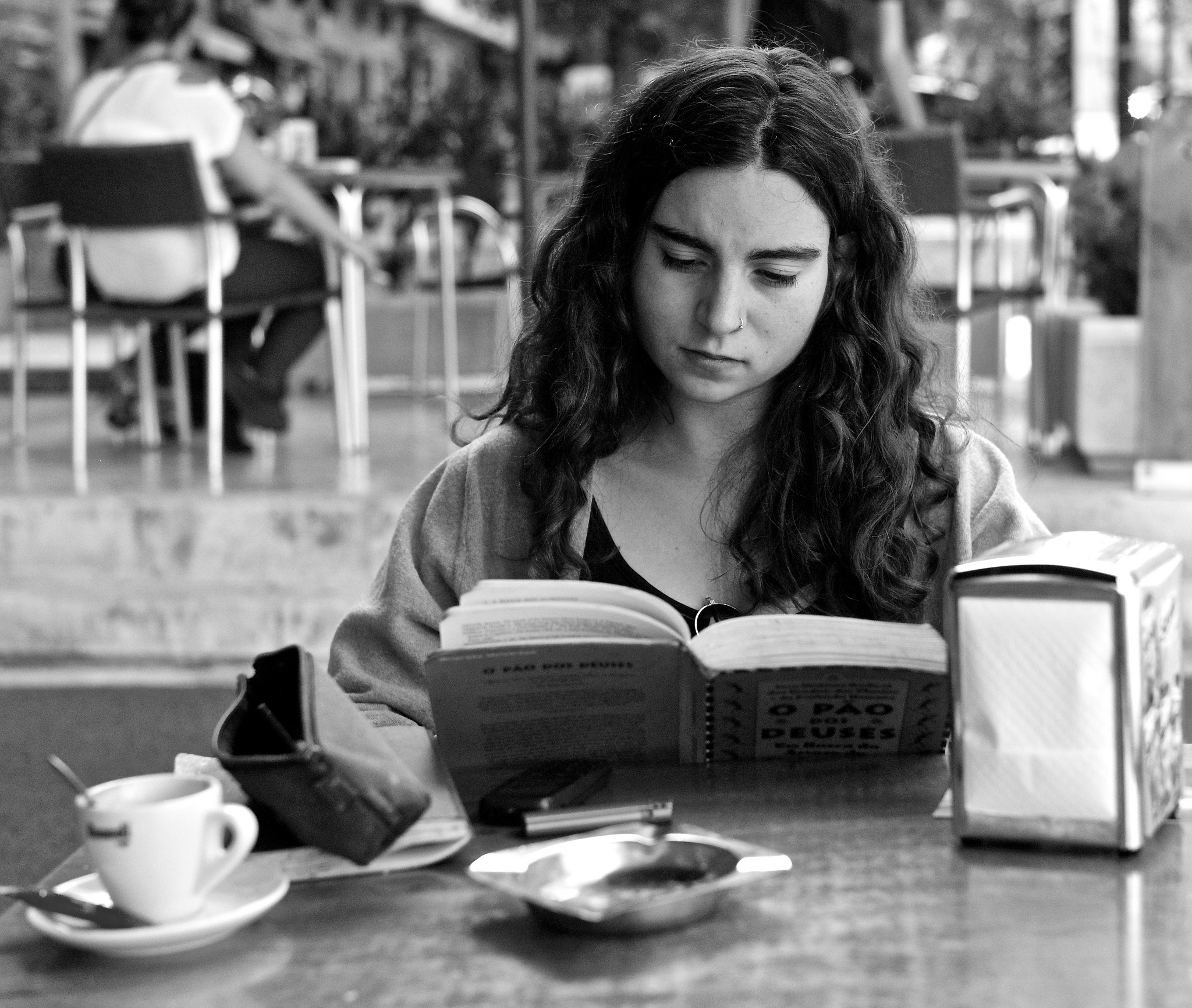