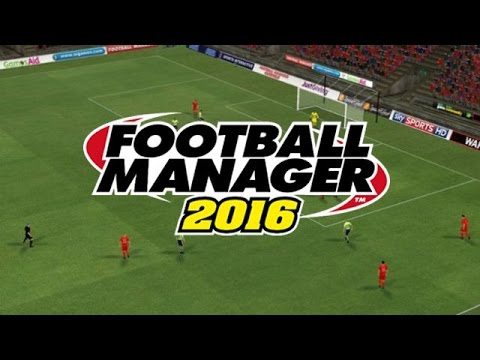 It is approximately 4 and a half years since I received my first copy of the legendary game, Football Manager. 2400 beautiful hours of play-time later, I am a veteran of the franchise, but the eagerness shows no signs of abating. Each all-conquering Arsenal side, constructed lovingly with every new edition of the game, has contained footballing luminaries from 2012’s indomitable Marouane Fellaini, through to 2014’s in fashion left- and right-wing pairing of Julian Draxler and Marco Reus (move over Cameron and Corbyn) and all the way to a 2016 midfield centred around the might of Paul Pogba. Sprinkle in a few absurdly talented regenerated players – think an Egyptian forward plucked from obscurity for his cultured left foot going on to shatter Thierry Henry’s goalscoring record by age 23 – and you have the therapeutic side of FM nailed down, your unstoppable behemoth of a side, with more world class players than I now have friends, excoriating the pitiful wastrels put in front of them by now irrelevant footballing sinkholes known only as ‘Spurs’ or ‘Chelsea’.

The other side to FM, however, is certainly the more rewarding one. Like most Arsenal fans, I hail from Surrey, and so Woking FC – featured on the most recent adverts for the game after it provided the stimulus for a group of Dutch players to come and watch us in real life – were my original long-term project, back in the heady days of study leave for GCSEs. Investing heavily in scouting, meticulously trawling the Croatian second division for latent potential, and enduring no small measure of play-off heartbreak, the famous Cards gradually ascended the rungs of the footballing ladder, until a Thorgan Hazard inspired side was shocking the likes of Manchester City on their home ground, with incisive counter-attacking football and the classic near post flick-on tactic. When the next edition of the game emerged, I began to turn my attention to foreign clubs; I couldn’t summon up the same raw passion as my brother, however, a passion which manifests itself rather strongly in physical action. Football Manager can be a cruel mistress, as the eventually-replaced glass panels on our front door, our gaffer-taped computer screen and my crippled hole-puncher will attest to. It’s a wonder none of us have been killed.

It proved to be all worth it though, when on a family holiday to Copenhagen, we were able to cross the bridge to Malmo, where my brother had virtually managed FC Rosengard, a club located in the most deprived, dangerous and racially divided district in the whole of Western Europe; apparently, we were the first tourists ever to go there. My brother kissed the turf at the gleaming 1,500 capacity stadium, and even spoke to a bemused youth coach in his inchoate Bosnian. I’d like to say we barely escaped with our lives, but the reality was that the people we met were some of the friendliest we’ve met abroad, and it was FM that was the catalyst for that good-natured interaction, proving that it is not the social murder weapon which it is sometimes claimed to be.

It must be said, however, that the game does seem to cater very well to a particular kind of ‘quirky’ personality which me and my brother have in common. I, like any self-respecting FM player, provide my own commentary when playing – even when it has to be internalised, like in the college library, and displeasure expressed with a vengeful crushing of a nearby book. My brother is rather more eccentric in his habits, often donning a suit before cup finals, or playing the Champions League anthem before European fixtures; sometimes I have been roused from my work to give him a (usually fiery) post-match interview, particularly when the decisions don’t go his way.

All in all, Football Manager is often seen as a haven for uncoordinated yet sport-obsessed geeks, fixated with the minutiae of management from day-to-day, sitting at a computer to avoid exposing their lack of real sporting ability – and for anyone who has ever seen me try to do stepovers to beat my man, they could well corroborate this impression in my own case. But at heart the game is a cult phenomenon that has brought people together in geekery and simulated joy – as well as providing a uniquely eccentric basis for choosing holiday excursions; my brother will probably end up going to Greenock (in Scotland), Sint-Truiden (Belgium) and Vigo (Spain) before even setting foot in the home ground of his beloved Newcastle United.

David Lloyd is wrong – Murray is an inspirational force