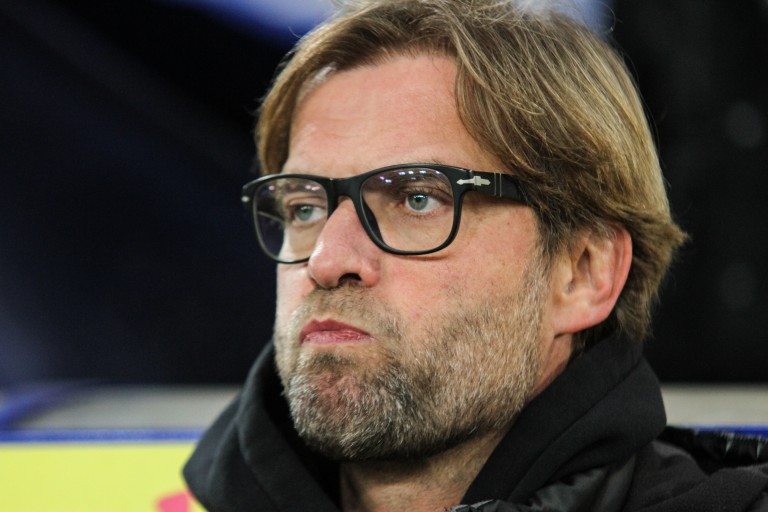 It would be fair to say that Jürgen Klopp is still getting used to English football. Not only did he bemoan the lack of a Christmas break in the Premier League in December, but he has now warned Pep Guardiola, who looks set to manage in the Premier League next season, that the biggest challenge of managing in England is the busy fixture list.

Klopp said, “The number of games is the biggest difference [between England and Germany].”

“When I came here, I didn’t know there were two rounds [legs] in the semi-final of the Capital One Cup. In Germany, when you tell people that if you draw in the FA Cup, you play again, they say: ‘What?’ Here you have penalties and extra time, but only after the second game.”

Klopp’s frustration is understandable. Indeed, many managers have expressed similar sentiments. Liverpool have limped through the festive period stricken by an injury crisis that, at the time of writing, sees nineteen players on the sidelines (though it must be noted that Liverpool already had the longest injury list in the Premier League when Klopp replaced Brendan Rodgers).

Yet the busy fixture schedule is an asset to English football.

When faced with a run of several games in a short period of time, managers are faced with the challenge of having to rest their players but still win games. This adds another element of skill to the game, and makes English football all the more enthralling.

Some managers choose to use a rotation policy, a policy which involves calculated risks that could end up backfiring. Jose Mourinho was able to play his first XI in almost every game last season because he let his players train less during the week. A manager’s decisions with regards to coping with a busy fixture list can make or break a team’s season. A league with fewer fixtures or a winter break removes this element of skill from the game.

In the five seasons from 2004/5 to 2008/9, 12 of the 20 teams in the semi-finals were English. Where were the complaints about the busy fixture list then? If English teams were able to cope with the high number of games then, they should be able to cope now. Barcelona played 63 games last season, but still completed the treble, winning the Champions League, La Liga and the Copa del Rey. When Guardiola won the Champions League with Barcelona in 2011, they played 62 games. Despite Klopp’s concerns, I suspect Guardiola will be able to cope with the fixture list in England just fine.

To put it simply, the best teams can cope with the fixtures.

Klopp has previously only managed in Germany where they have only one domestic cup competition, the DFB-Pokal, in which matches go to extra time and penalties if the teams are drawing at the end of ninety minutes. The English system, with both the League Cup and the FA Cup and the use of second legs and replays, is, therefore, understandably alien to Klopp. But it is also better than the German system.

The FA Cup is quite simply magical. Replays are undoubtedly a nuisance for Premier League teams, but they can be fantastic for lower league teams. Without replays, the result between Liverpool and Exeter would have been decided at St. James Park in extra time and penalties. With replays, however, the Exeter players now have the privilege of playing at Anfield. In Germany, such a situation would never happen. Which other competition provides fourth-tier teams like Exeter such great opportunities?

Additionally, replays increase the chances of lower league teams being able to cash in on TV money, which can make a huge difference to them. Exeter is set to make at least £500,000 from their two games against Liverpool. For clubs without millionaire owners, this money is a blessing – Exeter is already planning to use the TV money to improve their stadium and training ground.

And whilst the League Cup is derided by some as a ‘Mickey Mouse’ competition, it provides a crucial opportunity for smaller teams to get their hands on some silverware. Recent winners of the League Cup include Birmingham and Swansea, who are now in the Championship and battling against relegation in the Premier League respectively. The smallest team to win the German Cup in recent years is either Schalke or Wolfsburg, both teams of Champions League quality.

The League Cup is also crucially important for younger players, who are often given a chance to impress their manager. It is already extremely difficult for talented youngsters to break into the first team at many Premier League clubs, and without the League Cup this task would be made even harder.

But most importantly, the busy fixture list is hugely entertaining for us, the fans. Football is central to English culture; it is by some distance the most popular sport in the country. Boxing Day football is special, and a Premier League season with a winter break just would not be the same. Having two domestic cups also provides fans of lower league sides with the chance to watch their team play at Wembley. The two domestic cups keep that wonderful dream of a trip to Wembley alive for the fans of lower league sides.