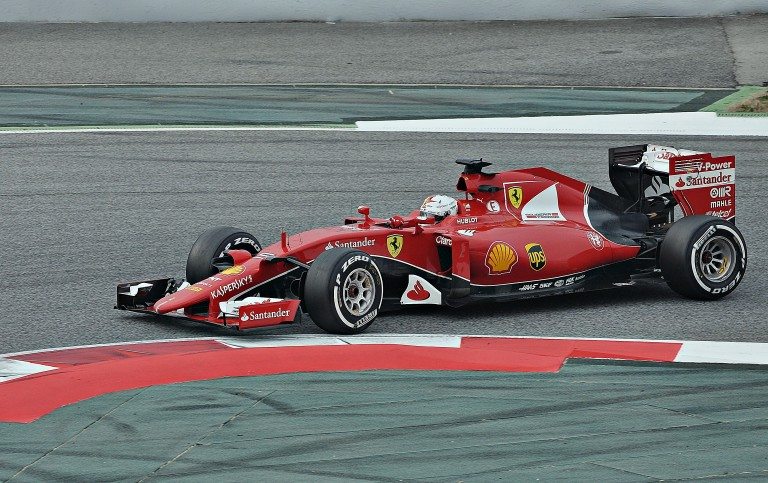 With the first pre-season test of the 2016 Formula One season done and dusted, time has come to reflect on what we might have gleaned from four days of relentless running around Barcelona’s Circuit de Catalunya, and look ahead to the season as a whole. F1 pre-season tests are notoriously misleading (Ferrari finished fastest in both 2014 and 2015, but were dominated in the actual season by the imperious Mercedes’ cars), but with the first gleaming glimpses of the product of the teams’ labours over the winter, it’s impossible to resist making some cautious conclusions as to how the teams have progressed since the end of the 2015 season in Abu Dhabi.

Mercedes yet again the team to beat

Since the new era of F1 dawned in 2014 with the introduction of 1.6-litre V6 turbocharged engines, the silver Arrows have been far and away the best outfit in the F1 paddock. Lewis Hamilton added to his maiden Drivers’ World Championship in 2008 with back to back titles, and the team won the Constructor’s Championship at a canter in both years. Their form shows no signs of letting up, with their car demonstrating astonishing reliability over the four days in Barcelona: completing a staggering 1952 miles, 659 miles further than the next closest rival, Torro Rosso. Though never topping the time sheets, one gets the sense from the quiet confidence about Hamilton and his teammate Nico Rosberg that this car is a quick one, and given reliability issues were the only major obstacle to Mercedes’ successes over the past two seasons, if the other teams haven’t upped their game over the winter this season could once again be a procession. My tip would be Lewis Hamilton to be crowned world champion for the fourth time on 27th November in Abu Dhabi, further cementing his place as a true F1 great.

The prancing horse continues its resurgence

Ferrari, through already four-time world champion Sebastian Vettel, won 3 grand prix in the 2015 season, a change of fortune from their dismal 2014 showing that warmed the hearts of motorsports fans across the globe. Early signs in 2016 are promising, with the new SF16-H car topping the timesheet on three of the four days in Barcelona, though Ferrari did make use of Pirelli’s softest tyres to do so unlike Mercedes, who largely used the significantly slower medium compound. Vettel was by no means getting carried away with the Scuderia’s progress however: “This car is a step forward, so that is positive, and the power unit has improved”. Nonetheless, there is a certain expectation about Ferrari’s performance in the championship this year, with president Sergio Marchionne coming out and saying that it would be a “tragedy” if Ferrari were to fail to win a title over a 10-year span; their last drivers’ title coming through current driver Kimi Raikkonen in 2007. The Ferrari faithful (or Tifosi), then, expect the top step of the podium to be adorned in red once again, and for the sake of a sport plagued with criticism of being boring and predictable, fans certainly hope they give Mercedes a good run for their money this year.

Testing waters ahead for McLaren-Honda

Despite the optimism at the beginning of 2015 ahead of McLaren-Honda’s rejuvenation of their hugely successful partnership in the late 1980s (winning four consecutive world drivers’ titles through Senna and Prost from 1988-91), the season turned out to be a total nightmare. It became a familiar feature of F1 race weekends to see the McLaren car grinding to a halt and one of the teams two star drivers, Jenson Button and Fernando Alonso, dejectedly making their way back to the pits. Frustrations inevitably bubbled over as the season progressed, former world champion Alonso irately labelling Honda’s power unit a ‘GP2 engine’ over team radio in Suzuka. However, all involved with the McLaren-Honda project insist a return to winning ways is imminent, with Alonso telling Sky Sports F1 “McLaren will be one of the top cars next year, that is 100 per cent”. Pre-season testing did offer some positives, with the car covering far more miles than in pre-season testing in 2015. However, the times were nothing spectacular and suggest the Honda power unit is some way off the output of the Mercedes and Ferrari engine, and the ominous stoppage after just 8 laps on the fourth day of testing was a telling sign that the reliability issues which plagued McLaren’s 2015 season have not quite been solved. Still, the logic says that a team with the vast financial and technical resources that McLaren and Honda possess should eventually figure out how to make an F1 car that runs quickly and reliably under the current regulations, but this needs to happen sooner rather than later or the possibility of Alonso walking out on the team mid-season could become very real indeed.

Hopes for the season

The last two years have by no means been vintage Formula One seasons, with only the Hamilton-Rosberg saga hiding the fact that with the racing talents of Hamilton coupled with the technical dominance of the Mercedes’ car meant the world title was only heading one way. Before a host of regulation changes at the beginning of 2017, it would be thrilling to see a Vettel-Hamilton tussle throughout the whole season: two starkly different personalities, Vettel the quiet family man and Hamilton the jet-setting celebrity, going at it hammer and tongs, a modern incarnation of the Hunt-Lauda rivalry which culminated in the 1976 season. Wheel-to-wheel racing between front runners for the championship was almost non-existent in 2015, and the hopes and prayers of F1 fans across the globe are that it returns with a bang in 2016.