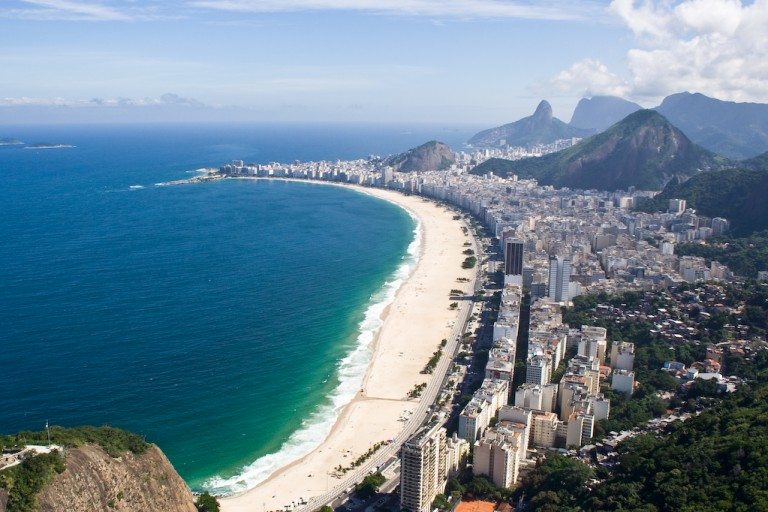 Rio de Janeiro plays host to this year’s Summer Olympic Games, and the excitement is already building. Thousands of athletes from around the world will descend on the Brazilian city in early August, competing in events that span 28 different sports and 41 distinct disciplines across more than two weeks of non-stop athletic competition. This Olympics will be the first ever to be held in South America and only the second to be held in the Southern Hemisphere, with the first being the 2000 Summer Olympics held in Sydney. Many athletes still have to compete in grueling qualifying campaigns just to earn a spot on their nation’s Olympic team, but, despite this, we can still look ahead to some of the marquee events and try to predict how some of the biggest names in global sport will perform on the world’s grandest stage.

First up is the Men’s 100 metres, perhaps the signature event of any Summer Olympics. Usain Bolt, the two-time defending champion and world record holder, is the heavy favorite to win an unprecedented third consecutive gold medal, a feat which would undoubtedly solidify him as the greatest sprinter in history. However, the Jamaican will be facing some stiff competition in Rio, with both veteran athletes and up-and-comers attempting to dethrone the undisputed face of world athletics. American Justin Gatlin, who finished third at the London Olympics in 2012 as well as second at last year’s World Championships in Beijing, will be desperate to defeat Bolt and add to his own gold medal from the 2004 Olympics in Athens. Another established challenger is Bolt’s fellow Jamaican Yohan Blake, silver medalist in both the 100 and 200 metres at London 2012, who has beaten Bolt before and could do so again if on top of his game at Rio. Despite the barrage of challengers he will face, Bolt should still retain his Olympic 100m title and perhaps even has a good chance to best his Olympic record of 9.63 seconds, set in London four years ago. Bolt’s fellow Jamaican Shelly-Ann Fraser-Pryce will be seeking to equal Bolt by winning her third consecutive Olympic 100m title. Four years of hard work and competition will come down to ten seconds of hard out running.

Another event to watch is the Men’s basketball competition. Team USA has won two consecutive gold medals, along with five of the last six overall, and will go into Rio as the overwhelming favorite to come out on top yet again. However, a number of the team’s best players, including LeBron James, have suggested that they may skip this year’s Olympics altogether, a prospect which must be worrying Team USA’s coaching staff. Teams like Spain, headlined by All-Star brothers Pau and Marc Gasol, Argentina, and hosts Brazil will all come into Rio with a shot of knocking Team USA off of its perch atop the world’s basketball standings. Nonetheless, the Americans should emerge victorious possibly through defeating Spain in a rematch of the 2012 Olympic basketball final.

Both men’s and women’s tennis should provide intense entertainment this summer. For the men, Novak Djokovic enters as the favorite, having won four of the last five Grand Slams. Roger Federer will also be looking to win his first ever Olympic gold medal in singles, though he won doubles gold in 2008 with Stan Wawrinka, but Andy Murray is the defending champion, having defeated Federer on the hallowed grounds of Wimbledon in 2012; it would be a monumental achievement to become the first man to successfully defend an Olympic tennis title. Both Djokovic and Federer will be desperate to win their first ever singles gold medal, a feat which would likely seal the latter’s status as the greatest tennis player of all time, but Djokovic is in imperious form and should still claim the title. On the women’s side, Serena Williams will be attempting to accomplish the same feat as Andy Murray by becoming the first woman to win consecutive gold medals in singles. Williams has failed to win the last two Grand Slams after winning four consecutively, but will still enter Rio as the favorite. She will face stiff competition from the likes of Australian Open Champion Angelique Kerber, Russian superstar Maria Sharapova, who she defeated to win gold in the 2012 final, along with many other talented women. However, as with all events on the women’s circuit, Williams has to be seen as the favourite to edge that gold medal.

These are just a taste of what is to come at this summer’s Rio Olympics. Beyond the traditional excitement, two sports have been added to this year’s Olympic Games, namely golf and rugby sevens, and two new nations will send athletes to compete in the Olympic Games for the first time in Kosovo and South Sudan. Overall, the 2016 Summer Olympic Games is shaping up to be a thrilling affair full of record-breaking athletic performances and jaw-dropping feats of sport, with everything happening in front of the beautiful backdrop of Rio de Janeiro. Sun, sand, and sports will all align for one spectacular fortnight. Does anyone have any spare tickets?