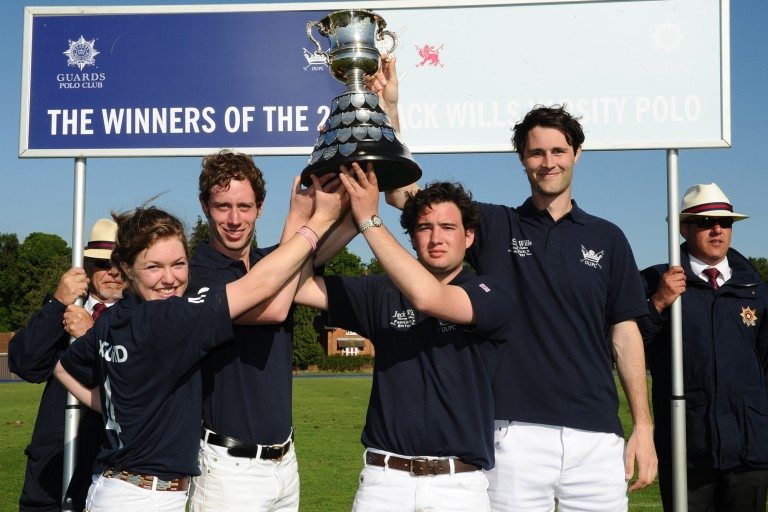 OxStu’s Varsity weekend round up

In an exciting, explosive weekend of Varsity sport, results were mixed, with Oxford celebrating glorious victories and lamenting the closest of defeats alike.

Whilst the Blues women successfully ground out an impressive win in the 31st football varsity competition, the seconds suffered the agony of losing 3-2 after sudden death in a penalty shootout that followed the closest of matchups. After drawing 0-0 in the regular 90 minutes, Oxford took the lead in the first half of extra time before conceding the equaliser with just a heart-breaking seven minutes on the clock.

The Netball results were similarly mixed. Saturday started wonderfully as the development squad dominated Cambridge on the way to a 41-19 victory, but the 2nds nobly fell to a 53-28 defeat before the Blues edged a 37-34 thriller to save Oxford the bragging rights for this year.

In Lacrosse, a huge turnout marked the 100th varsity encounter which began with an impressive 7-3 victory for the women’s second team. The men’s seconds followed suit with a tense 11-10 result, before the Cambridge mixed lacrosse team pulled one back after winning on the golden goal rule after a 10-10 draw. Though the men’s first team mimicked the women’s seconds with a 7-3 domination of Cambridge, the women’s first alas succumbed 7-4 in the final match of the day.

Oxford won three of the four Basketball matched, with the men’s second team always looking comfortable on the way to a final score of 60-40, much as the women’s seconds earned a 45-31 score line. The women’s Blues unfortunately fell 56-42 but the day was recovered for the club as the men’s fought their way to an exciting 66-54 victory of the Cambridge team.

The Gymnastics teams all performed brilliantly but came up just short in the women’s B and men’s A teams, both of whom were beaten by their light blue counterparts. Nonetheless, the women’s A team showed great ability to top Cambridge and claim victory.

Oxford’s Judo men came up with arguably the most dominant performance of the weekend. Both the Men’s A and Men’s B teams earned clean sweeps, beating their opposite outfits 7-0. The women’s team weren’t as fortunate, but battled hard to a close 3-2 defeat at the hands of the visitors.

Water polo saw the 125th instalment of their varsity competition. The opening fixture saw the men’s second team fall just short in a 9-8 defeat to Cambridge that went down to the final few moments. The women’s team fought in an equally tight match, eventually succumbing to a 7-6 defeat. Special mention has to go out to Anna Green who, after defending brilliantly in the women’s football Blues 1-0 victory and earning a clean sheet, hurried over to the swimming pool to play valiantly in goal for the blues there. Avoiding a negative clean sweep (despite the closeness of the first two matches), the men’s blues team triumphed 10-7 to end the day on a high.

Real Tennis suffered a little more than the water polo teams. The women’s team picked up a game, but too late and eventually fell 5-1, whilst the men’s team had the unfortunate experience of finishing with a 6-0 score line in Cambridge’s favour.

The swimming gala provided one of the closest finishes in living memory. The women’s team finished with a favourable 48-42 result over Cambridge, but the 49-41 men’s loss to the light blues meant that Cambridge left with a tight 91-89 victory that came down to a hard-fought final race (the 4x100m freestyle competition).

One more result came through on the Saturday, that of a pair of close Oxford results in the pistol competition. The women’s team triumphed 2,135 points to 2,077, whilst the men’s outfit had an even closer finish, at only 2,166 to 2,157. The results meant that at close of play on Saturday evening, Oxford had won 16 varsity matched to Cambridge’s 13.

Sunday morning saw the resumption of sporting festivities, but unfortunately it also led to a couple of Cambridge victories in the ultimate Frisbee indoor second teams, with the men’s team losing 5-3, and the women’s team falling 6-1. However, things evened out a little as the men’s first team battered Cambridge 13-6 whilst the Cambridge women’s blues triumphed 7-5.

Korfball brought out further mixed results. The day opened with a 10-0 drubbing of the visiting light blues by an Oxford seconds side in clearly imperious form. The alumni game was then tensely drawn in an 8-8 score that reflected the tight play before the Oxford blues team lost to a performance equally as dominant as that of their seconds, with a final result of 22-10.

It was an exhilarating weekend complete with one sided thrashings, down-to-the-wire matches, and displays of quality and tenacious doggedness alike to celebrate the latest instalment of varsity fixtures. The 2015-16 varsity calendar is neck and neck, far too close for even the most educated and astute of fans or commentators to predicts; the old rivals await the next battle to bring us all closer to knowing the season’s champions.