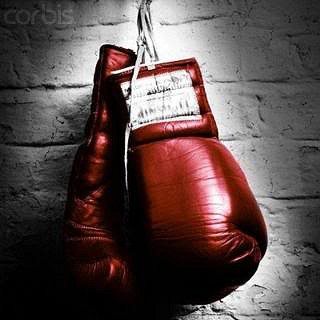 The Oxford Union was transformed on Wednesday, playing host to an event far removed from its usual location as the home of public school networking and B-list public figures. The annual Town vs Gown event saw the brightest and best from OUABC pitted against fighters from around Oxfordshire and further, in what amounts to a quasi-warm up for the Varsity match against Cambridge (which will take place against Cambridge in the Town Hall on the 5th March.) Indeed, the Union, liberated from its usual stuffiness proved the perfectly sized venue for the thrills and spills (mainly blood) that took place within its hallowed walls. This was the first test of Hillary for OUABC, following an intensive week-long training camp in Tenerife over the vac, as they gear up to the business end of their season. A lack of suitable opponents for the OUABC fighters meant that some of the fights were ‘Gown vs Gown’, but this had no discernible effect on the competitiveness of the bouts: if anything, the intra-Oxford fights were the most brutal of them all. Whilst the athletic prowess on display was evident, this was carefully balanced by the carnival like atmosphere within the union, created by the jovial, perhaps even inebriated crowd, and the eclectic mix of walk-out music chosen by the boxers, ranging from Justin Bieber to what appeared to be the music from the opening credits of the Apprentice.

The first fight, the women’s 48kg, was perhaps one that would have given boxing purists fits, but for the casual observer it was stunningly exciting: 3 rounds of unadulterated brutality and a neglect for any form of defence, which resulted in a unanimous decision for Mariya Lazarova over Lara Jonas – a fight made even more enjoyable by the obvious bond between the two boxers, evident after the final bell. Proverbially, the next fight should have been the yang to the yin of Lazarova and Jonas, but proved to be anything but. OUABC fighter Theo Cox, pitted against Birmingham boy Danny Iqbal (travelling with a supporting contingent that filled at least half the Union) fought valiantly, edging the third round, but was outclassed by Iqbal’s superior speed, made manifest by his stunning second round knockdown of Cox to the rapturous applause of his Midlands acolytes.

Another gown vs gown event followed, with Justine Ryan edging Jessica Sandelson marginally, but convincingly by unanimous decision. A fight perhaps more notable for the technical ability on display rather than the fireworks of the bouts before it, but perhaps necessary, in that it allowed the reddish tinge that had become visible on the canvas to dissolve. The judge’s scorecards were not even required for the next fight, with novice boxer Tom Scott beating Bristol boxer Jack Moraine at 81kg. Scott had appeared to be tempting fate, or at least disappointment, by coming out to the Rocky soundtrack, yet he engineered a virtuoso offensive performance, with the referee calling halt to the bout midway through the second round, though it was perhaps surprising that the fight wasn’t stopped far earlier. As the evening carried on, the early volatility of the fights subsided into something decidedly more technical, with novice Enzo Frater narrowly losing his heavyweight bout, and wins for Noah Viner and OUABC captain Matt McFahn. Ultimately, one should not read too much into the individual results of the event, considering its primary function is to serve as the precursor to Varsity. Nonetheless, both the technical ability and competitiveness shown by the OUABC fighters’ shows they stand in good stead for the matchup on the 5th of March, as they seek to avenge their 6-3 loss to Cambridge last year.