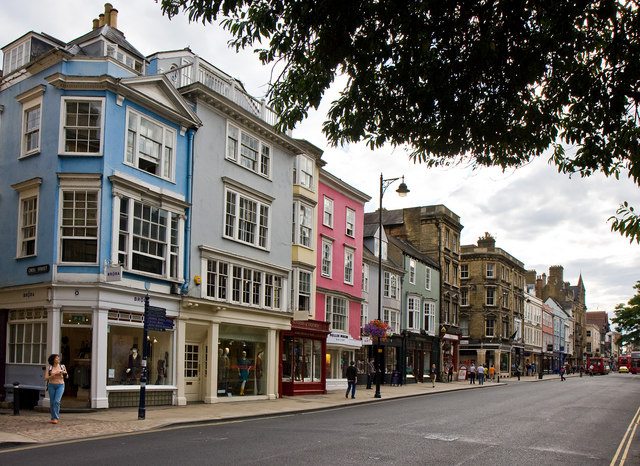 A walk down Cornmarket is enough to show anyone that Oxford has, by no means, escaped the grasp of giant, multinational chains. It cannot be denied, though, that small and independent businesses do seem to hold their own and even thrive alongside these corporate giants. The covered market, Cowley Road and the High Street are all lined with small, independent businesses in a way that is rarely seen any more in towns the size of Oxford. Here are four reasons why this is the case:

The University
The history of the city is undeniably, closely intertwined with that of the University. A number of institutions such as Blackwells and the Varsity Shop were founded in response to needs presented by faculties and students. Shops such as these have continued to thrive alongside the University and alongside competing businesses as they’ve emerged. This isn’t just a historic phenomenon, with the more recent arrival of the Last Bookshop franchise providing a number of texts of academic and general interest while undercutting their larger rivals.

The History
Much of the city centre is, in some way, listed or protected from new developments. This has prevented the building of many large shops outside of the confines of the shopping centres and is presumably why Oxford’s obvious demand for cycling goods is met predominantly by small, independent shops while Halfords languishes in the Botley Road retail park. The age of the city also means that many of the older businesses such as Boswells predate their immediate competition and would have had a loyal clientele who remained even as similar outlets began to appear.

Eccentricities and obsessions
The pipe-smoking, unicycle-riding, tea-loving people of Oxford can be (at times) a little eccentric. The concentration of so many people with a range of niche interests has allowed shops which would no longer be able to afford overheads elsewhere, to thrive in Oxford. Amongst these are outlets specialising in games such as Hoyle’s and The Gameskeeper; Pen’s Plus with their high-end writing materials; and Truck Store which continues to bring music to its customers’ ears even after the departure of HMV. Walking into the tobacconists on the high street it’s easy to think that you’ve slipped a century back in time, were it not for the health warnings and e-cigarette paraphernalia. This exemplifies how one of the city’s most highly specialised businesses has moved with the times and has come to meet new demands.

The tourists
Beyond the tedious tourist tat and endless rows of ‘Oxford University’ hoodies lie a number of shops selling quirky and genuinely desirable, handmade gifts and confectionaries. Like other more niche establishments, shops such as Dragon’s Den in the covered market would be unlikely to afford overheads and exist as a bricks-and-mortar business were it not for the custom that they find in Oxford, in this instance: tourists. The regular flow of tourists through the city may seem little more than an inconvenience on the way to the library but it provides the life blood of a number of shops which you or I would only frequent when looking for an unusual gift or some whimsical room decoration.