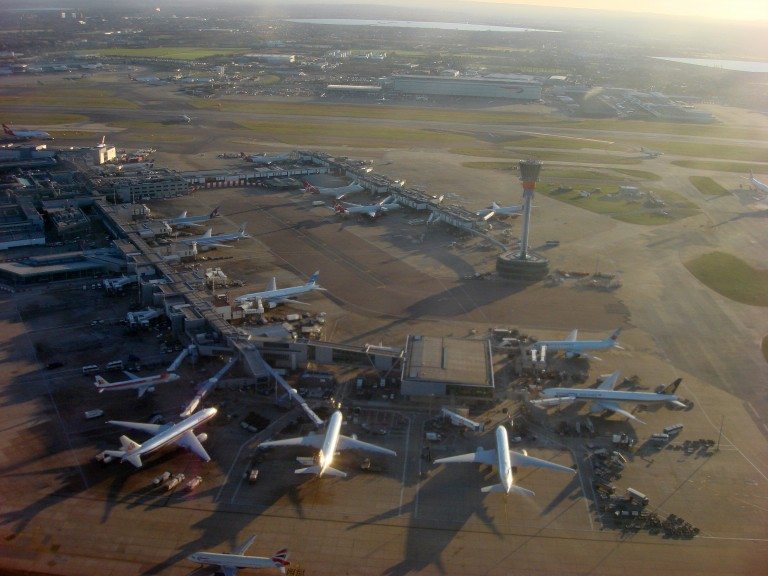 Thirteen protesters, including an Oxford graduate, who chained themselves together on a runway at Heathrow Airport have avoided jail sentences. This comes after they were found guilty of aggravated trespassing in January and warned to expect custodial sentences.

The protestors belong to the action group Plane Stupid, who oppose plans to build a third runway at Heathrow Airport due to its potential impact on the environment. On 13 July last year, they staged a protest at the airport which involved them chaining themselves together on one of the runways. This resulted in 25 delayed take-offs and “astronomical” costs, according to the trial judge, Deborah Wright.

The defendants had admitted being on the runway, but argued it was justified to prevent the harmful effects to human health and the environmental posed by another runway. They were found guilty on 25 January of aggravated trespass and, although paying tribute to them as “principled people”, the judge warned the thirteen to “expect jail sentences”.

Bailed to appear before the judge last Wednesday (24 February), the protestors were spared jail and handed unpaid community work. They were sentenced to six weeks in prison, suspended for a year. All but three were also sentenced to 120 hours community service; the others, who had previous convictions, received 180 hours. Amongst the latter group was 28-year-old Danielle Paffard, an Oxford graduate now living in Peckham.

According to Plane Stupid, Paffard, who graduated with a Biomedical Sciences degree, grew up in Richmond under a Heathrow flight path. She is currently a campaigner, “promoting divestment from fossil fuels with the climate organisation 350.org”. Quoted in a statement issued by Plane Stupid, Paffard said: “The government and aviation industry are pushing for more and more runways at either Heathrow or Gatwick.  But this is a false choice. London already suffers from dangerous levels of air pollution and we need to urgently reduce our carbon emissions – not expand them with bigger airports.” She continued: “While I’m scared about the prospect of prison, I stand by the action we took.”

A spokesperson for Heathrow Airport commented: “When individuals illegally enter the airport, they cause disruption to thousands of passengers going about their business and when their actions extend airside they endanger lives. Heathrow supports the right to peaceful protest, but we will always prioritise the safe and smooth running of our airport.”

Speaking in January, Superintendent Andy Jones, of the Metropolitan Police, said: “When protestors encroach into the airside environment they not only cause major disruption but also significant danger to themselves and aircraft. These convictions send out a clear message that such behaviour will not be tolerated.”