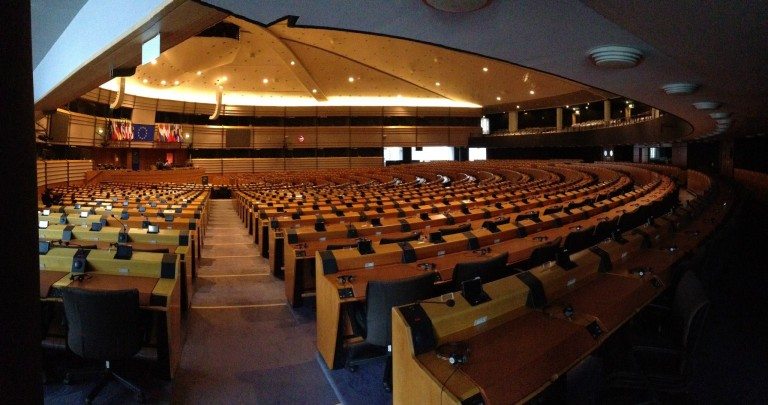 It’s been just over a month since Prime Minister David Cameron announced the date of the European Union referendum and already, nearly three whole months in advance, it is dominating political discourse. Everything else is peripheral as the right-wing press runs wild with Europhobia.

Despite this there remain spare glimpses of sober political discourse on the European Union. And most of them conclude that voting to remain in the EU is the best decision. And here is why.

Sovereignty (Constitutional Law student hat on here) in the modern world is illusionary. It is a mirage and those who bemoan the EU as the antichrist of sovereignty would do well to think long and hard about it. For a start, according to the House of Commons Library from 1997 to 2009 6.8% of primary legislation (statutes) and 14.1% of secondary legislation (statutory instruments) had a role in implementing EU obligations, although the degree of involvement varied from passing reference to explicit implementation.

This is hardly a constitutional law-making takeover. Every five years, we the British people, that undemocratic bureaucratic elite, vote for one of the largest contingents of Members of the European Parliament in the Parliament, through a more representative electoral system than for our own Parliament (which we must not forget is FULL of unelected Lords).

The legislature of the EU is made up of the Parliament and the Council of the European Union. The Council of the European Union consists of 10 different configurations of 28 national ministers (one per state). Membership of these configurations varies according to the topic discussed; for example, when discussing the environment, the Council is formed by the 28 national ministers whose portfolio includes the environment. This includes ministers from the UK government. No tyranny here, surely?

Alas, it would be coy of me to finish here. The UK government is not de facto sovereign over great swathes of the UK’s unwritten constitution anyway. All devolved areas of law and policy in the UK is de facto out of reach of the UK Parliament. For sure, David Cameron could legislate to abolish the Scottish Parliament, but watch what would happen if he did.

I don’t mean to bore with some of this black letter law rubbish. It’s not necessarily what people care about most, but it is overwhelmingly annoying when people assert “sovereignty” as their chief complaint with the EU. The real question will be: ‘am I better off in or out of the European Union?’

And the case for remain is now more compelling than ever.

Only last month, 36 chairmen and chief executives of FTSE 100 companies signed a letter backing the campaign to stay in the EU, including Burberry, BAE Systems and EasyJet[1]. The business case is clearly pro-Europe. Leaving the EU poses grave threats and dangers to British business, investment and jobs; costs that we cannot afford. At a time of astonishing uncertainty around the world, from the stock market troubles in China to the rock-bottom oil prices in the middle east, surely now is precisely the time to hedge our bets. Sometimes, surely it’s better the devil you know.

But in all honesty, the EU isn’t even that much of a devil anyway. One thing that has particularly irritated me with the narrative of the remain campaign is its lack of vision for a future with Britain in Europe. Surely the most compelling argument for remaining in the European Union is the potential for hope and opportunity it presents to its 500 million inhabitants.

As globalisation opens new markets and shifts the world’s economic power balance, Britain should see itself not as a small, isolated country adrift in the mid Atlantic, but at the very centre of Europe, forging a new world order, working closer than ever with other member states to not only play on an equal footing with countries like the US, but even bigger countries, such as China and India; the upcoming global superpowers.

The opportunities the EU provides are diverse and exciting. The right to live and work abroad, new and developing markets, environmental protection on a scale never previously imagined. It is what we make of it. At the moment, its potential is being squandered. Weak leadership, especially from Britain, and crisis has shaken our Union to its foundations. So precisely now, Britain needs to role up its sleeves and build a new Union. A Union that faces the world, confident and united. Making for a better Europe not just for now, but generations to come.

The problems Britain is facing; are the problems the other 27 member states are facing too. The solutions aren’t less Europe, but more Europe.

The refugee crisis needs a common European border and immigration force and policy, to distribute refugees and expenses fairly. Schengen is not the problem. Self-interested member states and right-wing xenophobia are. We must act as a collective to prevent certain states being unnecessarily overwhelmed. The Calais camps are the result of Britain not joining the Schengen area. A combination of joining Schengen and a common European border, refugee and migrant policy could allow for fairness and a redistributive approach. It’s not “giving away our borders”, but more adequately securing them on a broader scale.

Terrorists and international crime organisations show no respect for national borders. They must be dealt with by a single European anti-terror, data-sharing, police and crime service capable of crossing borders on the tails of criminals. Britain should lead on this and rise to its responsibilities in Europe, and to its people. Shirking away is irresponsible and dangerous.

And so, in sum, the EU has an immense capacity for good which can only be realised if people just believe in it. That doesn’t mean Britain is weak or incapable. Far from it. Europe is not perfect or utopian. Far from it. But as the saying goes, we’re better, stronger and greater together.