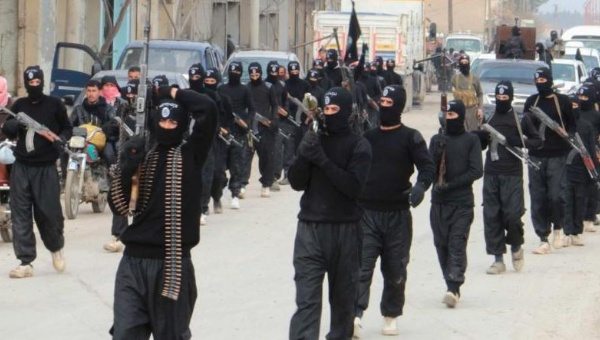 Reports published towards the end of last year suggested that somewhere in the region of 30,000 foreign fighters have now joined the so-called Islamic State (IS). Many in the West have been left astonished by this figure; mystified as to how IS is able to attract so many people to its murderous enterprise. Unfortunately, the answer to this lies in the fact IS is a thoroughly twenty-first century terrorist organisation. The psychological and technological complexity of its propaganda wing is unprecedented.

Owing to its ostensibly ‘haram’ (forbidden) status within the extreme form of Salafist Islam the group claims to observe, the role of music within the propaganda videos of IS has been relatively under-researched. I met with Luis Velasco-Pufleau, a visiting research fellow at the university, and published author in this field, to discuss how music contributes to the videos disseminated by the terrorist organisation.

An important point to remember is that ‘music’, as we know and call it, does not exist within the caliphate’s ideology. Music is at the heart of what IS revile in Western society. They see it as symbolic of consumerism, intellectual decay and impiety. Such is the extent of this apathy towards music, that Luis has argued it forms part of the caliphate’s dehumanization of its Western enemies. For him, it creates “the necessary psychological distance to trigger violence against a group of people.”

The only permitted form of ‘music’ (even though they wouldn’t label it as such) are ‘anasheed’ (plural), a type of chant recited using primarily Arabic texts. It is interesting to note that extreme Salafist ideology primarily defines what is authorised in a ‘nasheed’ (singular) in direct opposition to the principal features of Western music. As such, ‘anasheed’, “cannot have a melody similar to those recorded in music of the Occident…must use a truly Islamic text…cannot use instruments…and the listening of ‘anasheed’ must not constitute a distraction from the study of the Qur’an.”  ‘Anasheed’ must eschew any sense of Western influence in order to be legitimate.

Through embodying fundamentalist Islamic tenets, the appearance of ‘anasheed’ in propaganda videos fosters a sense of communal religious identity. The heightened quality of their utterance within videos – like music and chant in Western media – is able to enhance and direct the discourse of a video’s narrative. Luis tells me that the ‘anasheed’ are employed in different forms and contexts according to the genre of video; be that recruitment, execution or claiming responsibility for an attack.

Because we so often focus on the savagery of IS, it difficult to imagine they also produce propaganda that is non-violent. Yet, a New Statesman article published in November of last year, in the immediate aftermath of the Paris attacks, estimated that only 5% of the videos released by IS are actually violent. From a recruitment perspective, this is a logical statistic. IS need no introduction when it comes to the extreme violence they propagate. But what they do struggle to do – particularly when trying to attract foreign fighters – is to show that the caliphate is a functioning, and harmonious state. Music is employed to startling effect in recruitment videos of this kind. Luis shows one in which a nasheed is chanted over idealized images of citizens of the caliphate. The men, although brandishing weapons, symbolize brotherhood and comradery. The ‘nasheed’ in this context sounds almost like a lullaby. It has a lilting rhythm, and a mellifluous, hypnotic melodic contour. However, what is most shocking is that it serves to placate to a vast extent the, albeit tempered, violent iconography of the video. For a young person, disenfranchised by the Western society they live in – the violent outcome of which the Paris attacks have demonstrated – it is difficult to argue against its compelling nature.

‘Nasheed’ also feature prominently in execution videos. They are often chanted after the victim has forcibly declared their ‘crimes’, as well as after the execution has been carried out. In this sense, the ‘nasheed’ forms part of the judicial procedure employed by IS. Luis shows me the execution video of a Jordanian pilot captured in Raqqa in 2014. During the course of the video, I make the point to Luis that it comes across in a perversely theatrical fashion. It is the most advanced of any of the videos he showed me (this is probably due to the high profile nature of the victim; the downing of the Jordanian Air Force plane outside Raqqa in December 2014 made global headlines). The care taken over camera positioning, and their relationship to the sound effects used – the quickening of the victim’s breath, and finally the ‘nasheed’ – is pure cinematography. Luis responds: “Several journalists have said that the videos are like Hollywood. But that’s not strictly true. It may be very well constructed, but here, it is like theatre.” IS quite literally stage and therefore ritualise death through the ‘nasheed’.

This ritualization is only accentuated by the fact that IS use ‘nasheed’ of similar tempo, rhythm and intonation in all their execution videos. Luis comments: “in this way, the chant appeals to the memory of the listener.” It is true. By using similar musical characteristics, the use of the execution ‘nasheed’, weirdly, takes on a role similar to that of a Wagnerian leitmotif. It frames, anticipates and generates tension within the unfolding narrative of the video.

Throughout our discussion, I am reluctant to question the legality of watching the videos of IS. However, Luis firmly believes that it is important that the techniques used in these videos are made known to the public. He continues: “It is wrong for the media to solely characterize IS as barbaric. Yes, often the act itself is, but the rationale behind their actions in the propaganda videos is worryingly intelligent. Nazi propaganda was nothing in comparison to this. It was primitive.” Confronting propaganda head on from an educational perspective may shed light on to the emotions IS appeal to in their videos. It may be challenging, but simply dismissing this organisation as a group of crazed savages is arguably the most dangerous thing to do.