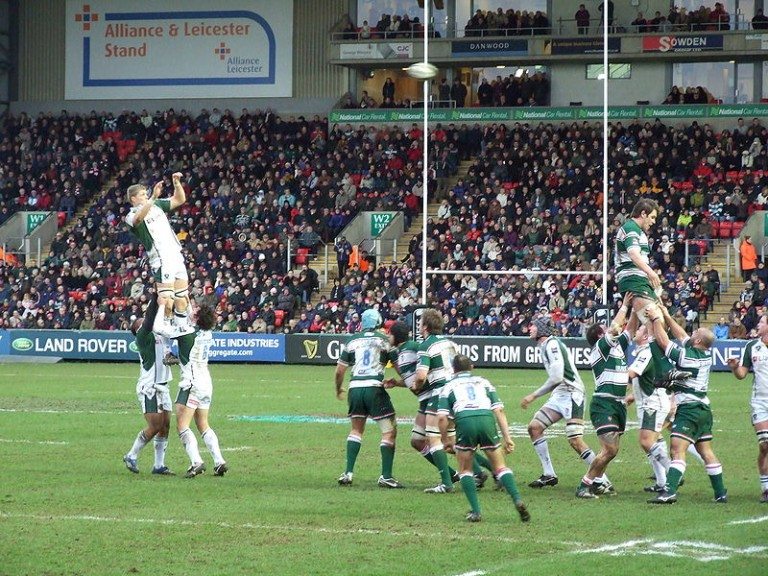 London Irish: you will be missed

In recent years London Irish have experienced a slow and near-continuous downwards spiral, and with a loss to relegation rivals Newcastle last weekend they are all but mathematically relegated with two weeks left to go in the season.  Whilst it is hard to argue that their presence improved the quality of rugby played in the Aviva Premier League, hopefully I can convince you that this is a loss to be mourned.

Having said all that I am not a London Irish fan, but living nearby it has always been an easy way of watching (mostly) high quality rugby over the years. However with their relegation, and given the dramatic drop-off in quality and attendance as you go down the leagues of professional rugby, they will likely lose their stadium as well as many players. Whilst this is clearly an issue for the club and a nuisance for rugby fans nearby, the loss of London Irish should bother rugby fans everywhere.

London Irish moved into the Madejski Stadium (or as it was signposted for several years the Madej Ski Stadium) in Reading in 2000, and at the time it was by far the largest in the Premier League, holding close to twenty five thousand people. Whilst they have never got close to filling it regularly (the extra capacity is largely there for Reading FC with whom they share it) they consistently saw attendances around ten thousand for the next decade. However, as the team has declined over the past four years attendances have plummeted to around six thousand. Predictably, as the revenue dropped so did the quality of players they could attract which has eventually led to the situation they now find themselves in.

Even among rugby fans though, Irish fans stand out as friendly and welcoming.

What’s worse than the size of crowds decreasing is that slowly the whole atmosphere has changed. I think it is fair to say that on the whole, rugby crowds are much friendlier than those you will experience at football games. Even among rugby fans though, Irish fans stand out as friendly and welcoming. The “Exiles” as they are often known, still retain a large Irish fan-base of ex-pats and the Irish influence is evident at games. Though they have stopped doing this (much to the displeasure of many fans) they used to employ people to walk around the stands selling Guinness from barrels on their backs. Their mascots are an Irish Wolfhound owned by a local landlord and a rather portly, red-faced man in a leprechaun outfit who cycles around the ground on a penny farthing. Most teams have an announcer these days, somebody to announce the score and to interact with the crowd during intervals, but only London Irish hired a stand-up (Caimh McDonnell), and it’s inspired. Rugby Paper once described him as “Appallingly partisan” and can often been witnessed leading the crowd in renditions of ‘the Fields of Athenry’, an Irish folk song about a potato thief being transported to Australia. Whilst it could be argued that these are not essential to enjoy a game of rugby, they do certainly improve the experience.

Even when they were a top four team and going to the semi-finals this was a major part of their game, the inexplicable, game-deciding mistake.

On the field, Irish have produced a huge amount of local talent, most notably Anthony Watson, Paul Sackey and all three Armitage brothers. Even at their low points they have continued to play exciting rugby, often to their detriment. Just this weekend, having got deep inside the 22 and close to scoring a vital try they tried to make one pass to many, which was intercepted by a Newcastle player and returned the full length of the pitch. It is the kind of play that has supporters pulling their hair out, screaming at the screen in front of them and wondering why they put themselves though this. Even when they were a top four team and going to the semi-finals this was a major part of their game, the inexplicable, game-deciding mistake. I have witnessed, and this is no exaggeration; Irish players pass the ball to a line-judge, kick the ball out the back when kicking for touch inside the 22 and tackle player who didn’t have the ball or were even close to it. Being a fan of any sports team, is just as much about these times as the great wins, the wonderful passes and the dramatic tries, and nobody has provided such frequent and dramatic peaks and troughs as Irish.

Historically, teams who don’t make it back into the Premiership the year after they get relegated struggle to come back up as revenues tank and players who might be willing to stay around for a year will want to get back to top-tier rugby. In that case, 1st May could well be the last opportunity to see an Irish home game. So please, if you’re free, it’s a quick train to Reading and tickets are less than £30 (less than 3% of the price to watch Kobe Bryant miss twenty eight shots in LA) and enjoy something you probably won’t get a chance to again.