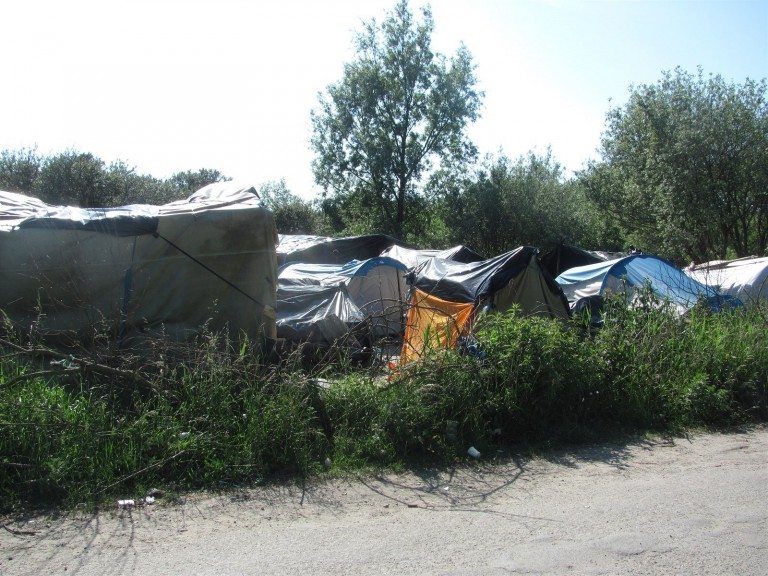 Over Easter, almost 50 students from a number of different colleges travelled to the migrant camp in Calais to offer personal and medical expertise, legal advice, translation skills and deliver donated supplies to refugees.

The largest volunteer team, Oxford2Calais, included 8 lawyers, 14 medics and 15 translators who spoke Arabic, Farsi and Urdu. It is a student-led initiative coordinated by Jack Clift, Alethea Osborne and Jack O’Sullivan. While not a charity, Oxford2Calais aims to coordinate efforts from those based in and around Oxford to help those in need in Calais, working closely with charities such as Care4Calais that are based in the Jungle.

The trips were partly funded by fundraising initiatives, with students arranging their own transport. They brought with them donations collected in Oxford, as well as a considerable sum of money that had been raised which allowed them to buy sports equipment – including footballs and skipping ropes – and medical supplies, the items that they identified as most-needed by those in the camp. The volunteers spent time sorting through boxes of food and clothing donations at Calais’ charity-run warehouse, so that they could be easily distributed inside the camp. This was achieved by driving into the camp and handing them out from the back of a transit van.

In February, French authorities began to evict and clear parts of the camp, known as the Calais ‘jungle’, which was met with resistance from refugees and asylum seekers. Police continue to carry out routine evictions and often bulldoze the temporary wooden shelters that house so many of the refugees in the camp. The Oxford volunteers helped these refugees to relocate to safer areas of the camp and also boosted morale by participating in football matches and befriending residents.

“Before I went, a lot of people seemed concerned about my safety, but I never felt any danger in the slightest. I was really struck by the community spirit of the camp; the residents have set up their own cafes and restaurants which serve food from their respective cultures, and we witnessed people from all walks of life come together to help a woman who was giving birth. However, it was incredibly upsetting to see people who had been University Professors in their home countries so horribly infantilised by a system that is stacked against them.”