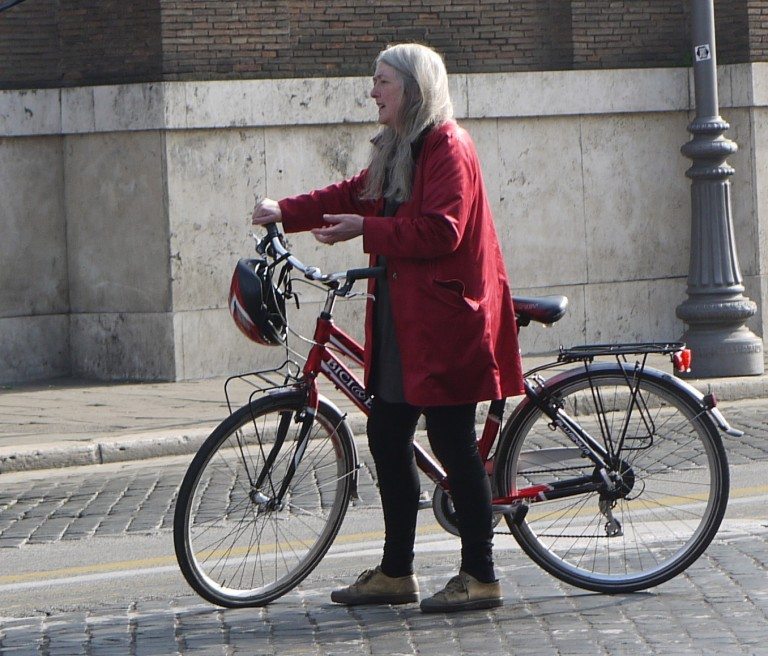 Was there a particular moment when you discovered your passion for Ancient Roman history?

Those moments are always mythical and mythologised, but I have vivid memories of when the ancient world (not so much the Roman world) first struck me.  I was five years old and had been taken to London, and to the British Museum, by my mum.  I guess that even then I had internalised some whig view of art history… that art over time just got better and better. Then I saw the elgin marbles. I didn’t know what they were but that simple view was rather over –turned.

Your latest book ‘SPQR: A History of Ancient Rome’ takes on the challenge of explaining Rome’s complex history. Roman history seems characterized by a multiplicity of narratives; the foundation myths for example can seem more ‘literature’ than ‘history’ – how do you see the interaction between ideas of literature and history and does Classical scholarship allow us to challenge our conceptions of their distinctness?

I don’t think you can study the ancient world well if you think that ‘literature’ and ‘history’ can be clearly separated.  I hope that I manage to make that point for a general readership in SPQR by focussing on Romulus: is he a literary figure or an historical figure, or mythical – and what is the difference between those?

You recently tweeted a helpful job opportunity for classics and history grads – employment opportunities for arts graduates can seem all too few and far between these days, do you think that there is a societal bias towards science subjects and what impact do you see this having ?

I think one of the big problems is that science subjects are seen as ‘useful’, and humanities as not. This simply isn’t true (pure maths? useful?). But the good news, for me, is that my students have a great employment record, and they are very good at facing down potential employers who suggest that studying Classics is a waste of time!

You have been commended for achieving a balance between a thorough scholarly approach and engaging presentation with accessible language; who would you say is your target audience – is it different for viewers and readers of your work?

People often say that it must be very different lecturing Cambridge students and doing a TV series.  To be honest it isn’t all that different.  TV viewers who turn on to a series about Rome may not have much background knowledge, but you can assume they are intelligent. First year Cambridge undergraduates are intelligent but they don’t know all that much either!  The important thing for me is not to dumb down, but not to obfuscate in needless jargon.

You recently received the Bodley medal – the Bodleian libraries highest honour, and with a long line of successful publications you are at the top of your field. Many young people, particularly women, see you as an inspiration not only through your success but also consistent rejection of online abuse (often from misogynistic twitter trolls.) What would be your advice to young women today?

Don’t let the buggers get you down.  I’d also say that they (we) should find the right balance between fighting the discrimination around us and celebrating what we have achieved (I mean when I was an undergraduate at Cambridge only 12% of us were female, now it is close to 50% – that’s a revolution).  And, for what it is worth, I would like us all to remember that laughter and ridicule can sometimes be a more effective weapon against residual sexism than outrage. Take the piss out of them.

If you could be any god or goddess for a day?

Minerva I guess, but i’m not sure that lifelong virginity is quite my cup of tea.