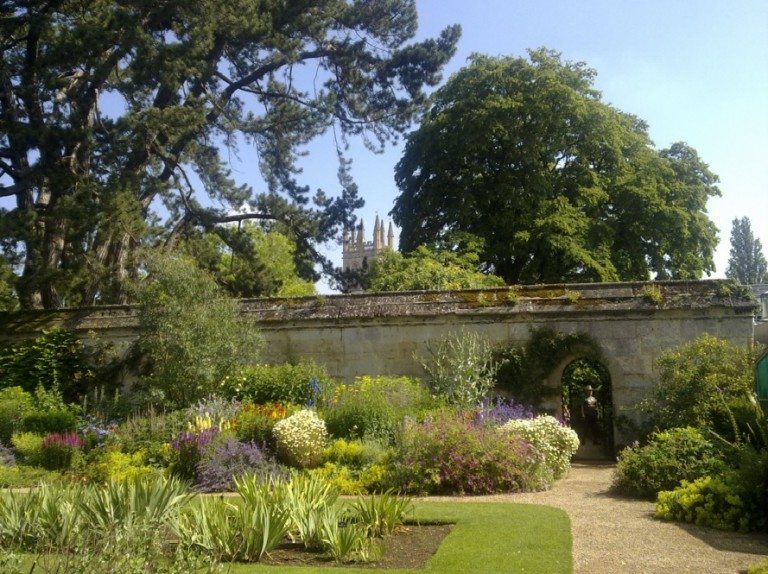 It’s winter when he goes back to Oxford – perhaps it’s been winter since he left – and they meet at the gate of the Botanic Gardens, where Ted has his hands in his pockets and is looking twice his size. Ted says,

“You took your time, Denny. I’ve been waiting seventy years.”

He laughs and rolls his eyes.

“Bus was delayed,” he says, and lurches forward rather awkwardly to give his brother a hug. “Why are we meeting here?”

“Mum wanted me to take you here so you could tell her about it. Said she remembered it from when she was little, but I’d imagine it looks better when the plants are somewhat more…alive.”

Denny snorts. They walk in anyhow, Ted lighting a cigarette and Denny looking on in silent, reluctant awe of how his brother can be only one year older than him and yet seem so grown-up.

“How’ve you been?” he asks, faster than he asked the last time because this is important, he knows that now, and it’s essential they share everything of significance.

“Brilliant.” Ted grins. This is where it gets blurry. Ted says something about his new friends and his course being easy, although there are greyish whispers of something else in the winter-lit skin under his eyes. This time round Denny looks closely for shiftiness; the telltale signs of a truth not told.

There aren’t any. Ted’s face skims in and out of focus like an oar dipping to and from water. Denny knows that his next words should be: “you’ve got a secret, Ted. What is it you’re not saying?” Instead he says,

“The fountain’s all frozen. Look.”

“It’s been like that for ages,” he says dismissively, with the smugness of a newly-established local. The air smells of damp grass, of riverbanks and lukewarm rice pudding. Denny wants to grab Ted’s arm to keep him there but he’s always moving on, two steps ahead and twenty at the same time. What Denny should be asking about is the war. What Ted thinks of it. Whether he’s thinking of signing up, maybe, or whether he already has.

Instead he lets Ted regale him with some drunken anecdote and takes an offered cigarette even though he hates smoking, really. Last time he’d refused the cigarette but he’s glad he didn’t this time because even though he’s not asking the right questions (and never will) it feels like they’re sharing something, a contented silent stillness in which the grey-brown plants slumber on and their smoke unfurls and mixes in the air.

But the smoke drifts off as it always does, and so does Ted’s face and his voice, the last thing to go. He says,

“Well you can tell Mother I’ll see her at Easter.”

He’s lying. He knows (and Denny knows too, now), that he’ll be in France by then. And by summer? A name struck off the register, an unnamed corpse with an unfinished degree in Theology. I have determined to make an end of all flesh, for the earth is filled with violence.

“Ted,” he says, reaching out as if to drag his brother back by the tendrils of his smoke. A hand lands on his shoulder.

“You’re talking to yourself again, Dennis,” says a nameless woman in blue. “And you haven’t eaten your rice pudding.”

“I’m sorry,” says Denny quietly, not to her, but the lady takes it for herself anyway and mutters that it’s cold now, for goodness sake, and oh for the love of god is that Gladys spilling her tea again.

Dennis looks down at his own tea, lukewarm brown dullness in a plastic cup. Next to him an old man is spluttering out snores and Dennis closes his eyes, wishing the present could dissolve and knowing even as he wishes it that it is dissolving for him, gradually. The boundaries of time are dispersing like smoke particles, and the fountain is melting, and perhaps sometime in spring the flowers will bloom.