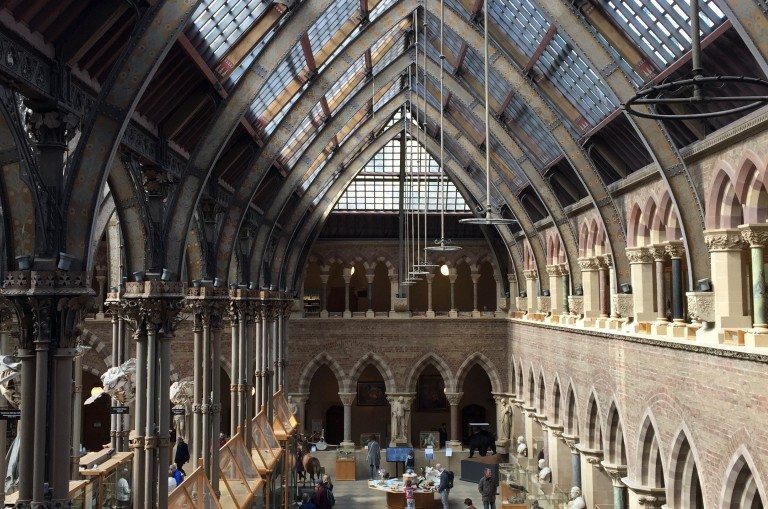 Kurt Jackson: Bees (and the old wasp) in my bonnet

The Museum of Natural History is not the place you would usually go to enjoy art exhibitions. However, there have long been debates about the existence of a very strong bond between art and science, and the recent exhibition by Kurt Jackson proves this. Unlike in other parts of the museum, here you find paintings and interpretations of the importance of bees represented through the prism of art. Kurt Jackson’s interest in bees was born during his expedition to the Venezuelan Amazon during his zoology studies at the University of Oxford. He then decided to become an artist, but nature continued to play a crucial role in his works. Thus, his current exhibition at the Oxford University Museum of Natural History uses both science and art; alongside actual British bee specimens, there are numerous paintings representing the beauty and diversity of the world of bees, as well as many threats it is facing now.

One of the most beautiful compositions is called “Precious honeybees”. There is one bee made of silver and one bee made of gold in the composition, so it literally represents the idea of preciousness and fragility in the natural world. The choice of materials allows Jackson to examine even the smallest details, and to appreciate the beauty and complexity of the body structure of these amazing creatures. This appreciation of the beauty is supposed to evoke the viewers’ awareness of the damage humans are continuously causing to the environment. The exhibition also contains comments written by professional biologists which explain the massive loss of the bees’ habitats. Rapid agricultural intensification has been taking place during the past fifty years and has threatened bees’ survival. This once again proves that humans are constantly destroying the fragile balance of the natural world, which in the end will have negative consequences for the mankind itself. As it says in one of the comments, one-third of the food we eat is somehow dependent on bees, and therefore humans would not be able to survive without them. By combining art and science, this exhibition succeeds at conveying this message strongly to the general audience.