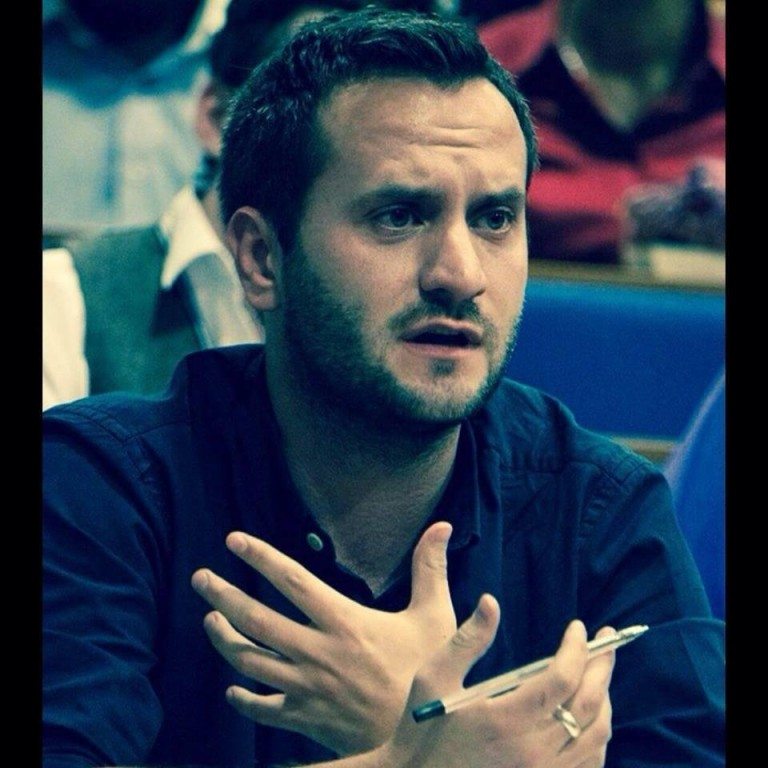 Paul Dillane and the plight of LGBT refugees

In December, the United Nations High Commissioner for Refugees (UNHCR) released a landmark report on the protection of LGBT refugees across the world. This was the first global report released by the UNHCR that has focused specifically on LGBT people and it illuminates the challenges LGBT refugees currently face not only in Europe, but across the world.

Paul Dillane is head of the UK Gay and Lesbian Immigration Group (UKGLIG), a charity that supports those seeking asylum in the UK due to their sexuality or gender identity. He has been at the forefront of the group’s work for a number of years now, and has experienced first-hand the inequalities and failures of the British immigration and asylum systems over the rights of LGBT people.

The vast majority of LGBT refugees coming to the UK arrive from countries where homosexuality is criminalized. We began by talking about the problems raised in the UNHCR report over this legislation. Dillane began, “criminalization in and of itself causes abuses of LGBT people. There is no such thing as benign criminalization. A good example of this is the current situation in India. Although homosexuality is criminalized, the government claim that they don’t prosecute anyone – so what’s the problem? Criminalization actually touches on all areas of life, getting housing, healthcare, jobs for example. If people are told that being LGBT is a criminal offence then they don’t want you in their community, even though the government may not be prosecuting you.”

However, the discrimination that criminalization engenders does not stop at social security. Dillane continued, “It also sends the message that violence against LGBT people is okay. If the government is telling me that this person is illegal, then it’s fine for me to take matters into my own hands and persecute them. And of course, there are still 78 countries around the world that do that.”

A worrying statistic shows that 90% of all people in the Commonwealth live in a country where it is still illegal to be gay. Commenting on the UK’s moral responsibility to influence legislation within the Commonwealth Dillane commented, “We have made a lot of progress in this country, but there are still huge problems around the world. Indeed, many of the countries that do criminalize homosexuality do as a direct result of Britain and our colonial past. We’re not saying that its the British government’s responsibility, but there is a very important moral obligation. We as a country took those laws there in the first place, there still on the statute books and are causing LGBT people to be persecuted. So we have a responsibility not only to speak out, but most importantly to support those LGBT activists in places like Sri Lanka, Jamaica, and Uganda, who are actually on the very front line in fighting against these laws.”

I moved the discussion on to the immigration and asylum policy as it currently stands in the UK. One of the most prevalent difficulties in LGBT applications for asylum is the need to ‘prove’ their gender or sexual identity. Testaments are often difficult or impossible to source, since in many cases, the refugees have hidden their sexuality from their own families. Because of this, Dillane said that, “many LGBT people are wrongly refused asylum, told that they’re lying, or furthermore, we discriminate and abuse them ourselves.”

The type of abuse Dillane describes centres around immigration detention centres. These are places where asylum seekers wait, often for long periods, to hear the outcome of their application. Elucidating the injurious nature of these institutions, Dillane said: “The fact that we have an immigration detention system – we actually detain asylum seekers – is very unusual within Europe. We’re the only country that continually detains so many asylum seekers in these facilities, even though we have relatively few. We have about, on average, 25,000 refugees every year. Whereas if you look at Germany last year, they had 1 million, and Sweden had 200,000. In Germany and Sweden, they don’t lock up asylum seekers. Because seeking asylum is not a crime, it is a human right. We lock up LGBT Russian, Pakistanis and Ugandans in these detention centres where they are subject to the same discrimination, bullying and abuse they are trying to run away from.”

Commenting on the measures he thinks Britain should take, Dillane said that, “we should do more on the world stage, to recognise the colonial legacy. Britain can actually make a positive contribution to promoting the human rights of LGBT people by supporting the activists that are at the very front line financially and diplomatically. The Foreign Office is committed to this, as was the previous Foreign Secretary William Hague, and now Philip Hammond. Although they say they support the human rights of LGBT people, we think their strategy could be clearer. We think they need to put LGBT activists at the heart of their efforts. But if we want to do all these things, we also need to have a fair asylum system. Because it can’t be the case that the Prime Minister is standing up to President Putin and saying ‘the way you treat LGBT people is wrong’ – which is something he did at the time of the Sochi Olympics – when the Russian clients we’ve worked with have been locked up in detention centres, refused asylum and told that they’re lying. If we want to do the right thing on the world stage, then we need to have a fair asylum system. The two can’t be separated.”

This obligation seems all the more germane in the current clime, when one considers that David Cameron cited the persecution of gay men in Syria as a primary reason for launching air strikes in the country. Commenting on the recent influx of refugees from Syria, Dillane said that, “When we hear from the right wing media or politicians that Britain is being deluged, that is not the case. There are 60 million refugees around the world at the moment. There are far more in other European countries than there are in the UK. There are 2 million refugees in Lebanon – a tiny country – because of the Syrian conflict. So let’s be clear that Britain is not doing enough, it’s not taking its first share. And actually our asylum system at the moment is failing because too many people are being wrongly refused. Too many people are being locked up in detention centres which is unnecessary because they’re not criminals, and they’re not a threat to national security.”

National security is often cited by right-wing politicians as justification for the increasingly fortified borders of Europe, and is an issue that will play a large part in the upcoming EU referendum. It is still unclear what exactly either vote in the referendum will mean for the thousands of refugees attempting to reach the UK. Should we leave, would the government see it as an opportunity to abdicate responsibility to Brussels, or would it liberate the government from the complexities of European law in order to take more incisive action?

Although Dillane firmly stated that, “the organisation is not taking a position on the referendum”, he went on to emphasize the importance of the common legal system when it comes to the human rights of LGBT refugees. “As it currently stands, refugee laws across Europe is supposed to be harmonised. For years, European governments have worked together so that whether a refugee comes to Sweden, Croatia, or the UK, they’ll be treated in the same way. And that to me makes sense. It shouldn’t matter if you’re a political dissident from Zimbabwe or feeling the war in Iraq, it should be the case that you’re treated in the same way. For many years, the systems in European countries were very different. So theoretically, from Berlin to Bradford to Bratislava the law is the same. If you are an LGBT person at risk you should be able to claim asylum.”

However, the refugee crisis – more so than any crisis since the EU’s inception – has exposed the growing government unease over the idealistic treaties the union was founded upon. A prime example of this is the Schengen Agreement. In response to the refugee crisis, EU member states including Slovenia, Hungary and Austria have all erected fences in order to stem the flow of refugees. There is a growing fissure between the ideal and its application.

“What we should be doing if we are part of the EU”, Dillane continued, “is genuinely trying to find humanitarian responses to the refugee crisis. This is one of the pressing human rights issues of the day, not just regionally, but globally. There have not been as many refugees as there are today since the end of World War II. And in my view, being more isolationist, building more fences, or deploying more sniffer dogs is not going to resolve the issue.”

It seems Britain must do more both domestically and internationally, something that Dillane is hopeful for, “if the political will is there and if we see political leadership.” But with the EU referendum dominating the minds of both politicians and the media in the coming months, there is a real danger that the cries of LGBT refugees will go unanswered.