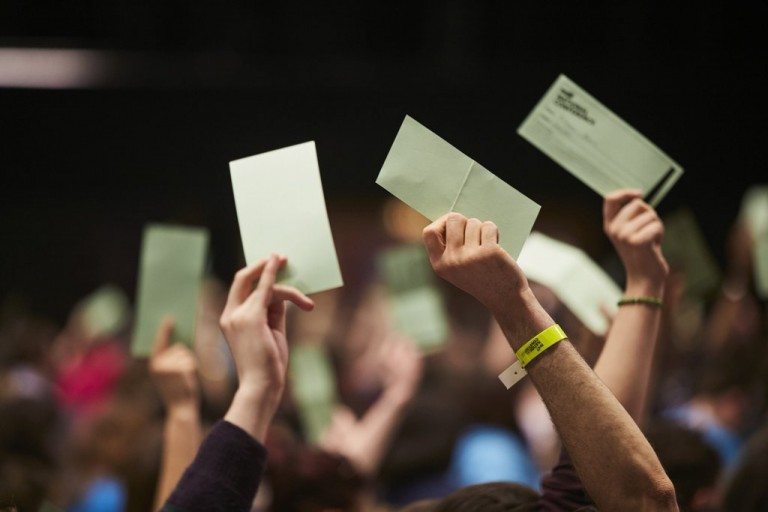 On Wednesday evening, OUSU’s council voted to have a referendum on Oxford’s affiliation with the National Union of Students. Polling will take place no later than sixth week. The motion, tenth on the agenda, was proposed by David Klemperer, of St John’s, and Yoni Stone, of Pembroke. Klemperer, a former OULC co-chair, is one of OUSU’s six NUS delegates and was a member of the “Oh Well, Alright Then” slate in Michaelmas’s OUSU elections. The group claimed in their manifesto that the “NUS is not fit for purpose” and is “hijacked by politicos”. The motion passed after a mammoth three hour debate in which numerous ammendments were proposed, accepted and defeated. The final vote passed specified a referendum this term.

The referendum decision comes after the election of Malia Bouattia as NUS President last week. Bouattia, who is the first black Muslim President of the NUS, promised to “put liberation at the heart of our work”. In particular, she drew attention to the effects of cuts to maintenance grants, the black attainment gap and the latest Prevent counter-extremism legislation. She said “the number of voices and groups being silenced by this government grows by day”. The choice has caused controversy and attracted national media attention. Commentators have drawn attention to her opinions on Palestine. In 2011, she described Birmingham University as “something of a Zionist outpost” in a blog post she co-wrote for the Friends of Palestine campaign. As Black Students Officer at the NUS in 2014, she also rejected a motion condemning terrorist attacks carried out by Islamic State, but later supported one condemning “the politics and methods of ISIS”. When the 2011 article surfaced recently, protestors along with members and leaders of several university Jewish societies published an open letter asking her “Why do you see a large Jewish society as a problem?” Bouattia replied: “it seems I have been misrepresented. I am extremely uncomfortable with insinuations of anti-Semitism. I want to be clear that for me to take issue with Zionist politics is not me taking issue with being Jewish”.

Nonetheless, there have been many calls for OUSU to disaffiliate with NUS. The motion brought before OUSU’s council asserts that the JCR believes “numerous Oxford students are now questioning whether OUSU should remain affiliated to the NUS. Most Oxford students have never had a chance to vote on this issue. That, therefore, OUSU should hold a referendum on potential disaffiliation from the NUS.” The JCR noted that the “NUS National Conference 2016 elected Malia Bouattia as its President, who has been accused of anti-Semitism by over 50 JSoc Presidents … [she] was elected by 372 votes, less than 0.005% of the UK student population … That part of Oxford’s NUS delegation, Oh Well Alright Then, reported on NUS Conference, drawing attention to the passage of motions including one seeking to ban Yik Yak, seeking the end of mandatory GCSE English and Maths, and people applauding a speech against commemorating the Holocaust. That the NUS has faced continuous criticism, increasing over previous years, about its unrepresentative nature, and its continuing inability to engage with other students.” These statements have been criticised by some.

One document circulating online entitled “No to Referendum, No to Disaffiliation” calls Klemperer and Stone’s motion “inaccurate, misleading and factually incorrect.” In particular, they argue that the NUS’s delegates operate in a representative system comparable to the House of Commons, where many decisions are carried by just over 300 votes. Similarly, they argue that the motion ‘banning YikYak’ was a motion to “look into limiting racist anonymous abuse carried out” on social media, while the one relating to English & Maths GCSEs was “to attempt to stop the requirement for students in FE colleges who often have to retake 4 or 5 times to gain a qualification that is useless for them seeking a non-standard education”. Criticism has also been attracted to the time and resources put into a referendum, which, historically have often had low turnouts. They argue that Malia “won a fair election with a majority of votes, and so calling for a referendum on the basis of her election exposes underlying racism”. They claim it underlines views that Oxford is elitist and wishes to be separate from the rest of the student body. Lastly, the group have drawn attention to benefits from NUS membership, which includes the student card, governmental and national campaigns, and sharing resources.

Nonetheless, Somerville JCR have passed a motion to call for a referendum. The motion, proposed by Peter Johnstone and seconded by Kyungjin Kim, uses the same wording as the OUSU motion, with the exception of the last section, where it mandates the college’s three representatives on OUSU’s council to vote for a referendum. They have been joined by the JCR at New College. St Peter’s JCR unanimously supported a referendum, but there was poor attendance at the meeting so the third delegate seat was open to anyone who felt passionately against the motion. Balliol JCR had a motion calling for a referendum, which passed, but 21 students voted against it and so one of the three Balliol OUSU delegates was not be mandated to oppose any OUSU referendum motion. Proposed by Yoni Stone and seconded by Jamie Engineer, Pembroke’s motion used the same wording as Somerville’s and was voted on at their General Meeting on 24 April. With 21 votes in favour, 29 votes against and 7 abstentions, the motion failed. Corpus Christie JCR have a motion scheduled for their meeting this Sunday, as do Magdalen JCR. The latter’s motion was proposed by Anne Cremin, the NUS Delegate and member of Oh Well Alright Then, and seconded by Richard Clark.