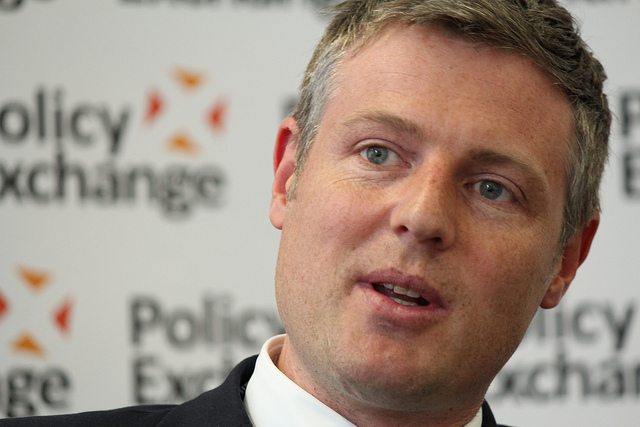 Most of the media coverage at this pivotal point in the London mayoral campaign has turned away from the policy debate in favour of amplifying accusations of negative campaigning. Team “Back Zac” is apparently a sinking ship, filled with angry Tories slinging mud desperately at the bookies’ favourite – if you’ll allow me to mix my metaphors – while the whole election affair continues to be viewed as being rather lacklustre compared to what London has had in the past. “Well, he’s no Boris”, versus “Well, he’s no Ken Livingstone”. Although, after some inauspicious comments during President Obama’s visit last week and some less-than-subtle strategic manoeuvring on Brexit, perhaps we can be rather glad that Zac is not just another Boris.

So here’s something different. No mudslinging this time. Here are some reasons, at a glance, to support the fight to keep the Mayor of London Tory, including one reason why even seasoned Labour supporters shouldn’t feel too squeamish about yet another millionaire Etonian sitting in City Hall for the next four years.

Zac might seem to have come out of nowhere, and it’s not unreasonable to question why someone with a relatively low profile among the public should suddenly embark on what is necessarily a very public mission. Before he became a successful constituency MP for Richmond Park, Zac worked as Chairman of the Quality of Life Policy Group, a body established by David Cameron while in opposition to make environmental policy recommendations to the Conservative Party. You may be surprised to hear that Goldsmith et al were calling for “radical change” back in 2007, writing in their submission to the Shadow Cabinet that “climate change is the most significant material threat to our future”. Before that, Zac worked as an editor of The Ecologist. When he commits in his manifesto to expand London’s £23 billion environmental sector, protect and expand green spaces, and introduce a new Green Infrastructure Commissioner to ensure low-carbon growth for the city, we needn’t take it with a pinch of salt.

Some of us can afford to be concerned about climate change and other long-term existential threats to humanity, but many Londoners have more immediate concerns about the cost of living skyrocketing, and whether they can afford to remain in the greatest city city on earth. From Zac, we have a commitment to build 50,000 homes a year by the end of 2020, but that’s not all. Houses built on TfL land – and that’s an area the size of Camden – will be ringfenced for Londoners, and a significant proportion of new housing will be guaranteed buy-to-rent. Zac wants to see continued investment in TfL to generate growth, deliver better transport services, and unlock more brownfield sites for responsible housing. For the 7,500 who sleep rough in London, Zac will expand the “No First Night Out Scheme”, working with charities, the NHS and volunteers to help prevent homelessness.

I could go on and regurgitate the rest of Goldsmith’s manifesto, like a good Party drone, but it’s out there for you to read and evaluate for yourselves. The essential message is that Zac is not “just another Tory”, and most of the issues Londoners really care about and engage with are ones he has close to heart. Sometimes that means fighting existing government proposals, and often it means failing to meet the Conservative stereotype. This Tory actually cares about the environment, and understands the property market well enough to help prevent a mass exodus of Londoners being priced out of their homes.

You may remember I promised a reason to Back Zac even if you are a Labourite. You may be aware that the current leader of the Labour Party is ostensibly unelectable, and astute pundits among you may note that the upcoming local elections and the mayoral race are the first widespread tests of his leadership. The problem for Labour is that victory for Sadiq is effectively a victory for the Corbynite wing of the party, helping to consolidate their leadership, helping to ensure that Corbyn is strapped into the driver’s seat for the long haul. If you want to see a Labour government this side of your thirtieth birthday (many of you), or if you are a Conservative voter who wants to see a sensible opposition actually hold the government to account, consider this mayoral election a crossroads. I may be asking many of you to vote tactically, but rest assured, your vote will go to a competent, experienced, and committed politician, and it will be to the benefit of London.