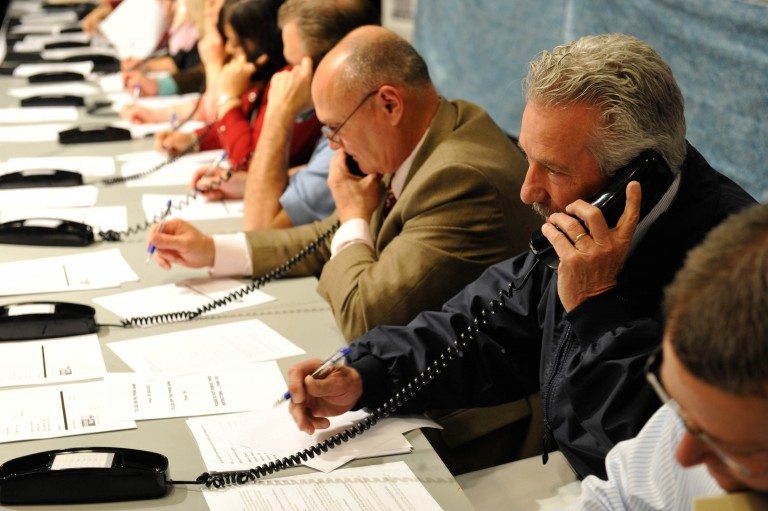 Confessions of a Telethon Caller

Picture it. It’s the summer of 2015, you are a young, handsome, carefree undergraduate, looking to earn some money while trying desperately to cling on to Oxford life in the face of the idle and pensive mass of the summer vacation. This was precisely my situation (okay, minus the handsome, and the carefree too for that matter) at the end of Trinity 2015, and I did what many of my kind end up doing; I got a job as a telethon caller. This job entailed phoning up the various alumni either altruistic or absent-minded enough to let their contact details fall into university hands, and ringing them up to beg for a few quid to pay for the upkeep. I thought it would be easy. Turned out it wasn’t. It was an experience best summarised by one call I made, in which I dialed what I took to be somebody’s home number at ten o’clock in the evening, only to hear the response, “Hello, Houses of Parliament?” Such are the perils of the job – you never can be sure who will pick up the phone.

This particular telethon was not, like most of the ones in Oxford, organised by a college desperately trying to make ends meet (Cecil Rhodes statues don’t pay for themselves, you know). This was instead organised by the Bodleian Libraries, who were themselves in need of a few quid to pay for the upkeep, what with having had a large chunk of their government funding jealously snatched away by a George Osborne presumably resentful about all those miserable hours spent trapped in the Upper Reading Room. Theoretically, this meant that we had more persuasive power, what with being a university-wide organisation, meaning that donations would benefit everyone at Oxford equally. In reality, however, most people inclined to donate had already donated to their own colleges, which had perfectly functional libraries of their own, thank you very much, and in any case they had never used the Bodleian (not that I blame them – have you seen the Gladstone Link? It’s like Tinker, Tailor, Soldier, Spy down there).

But in these scenarios, the wily telethon caller has one trick up their sleeves that most colleges don’t: chairs. Now I know what you’re thinking, surely every college has chairs? Not like these. These were specially designed chairs for the brand new Weston Library reading room, created by the bloke who designed the 2012 Olympic torch, and for the very reasonable price of £500 you could have one inscribed with a dedication of your choice. I had no idea that the overlap between designing things meant to catch fire and designing large wooden objects meant for use in a place surrounded by paper was so large, but what do I know? So, shall I put you down for £500? We take all the major credit cards.

Not that it was all fun and games; ‘slammers’ were a frequent occurrence, meaning several people simply hung up the instant I started speaking, or very shortly after the question “Is this about money?” as answered with a sheepish “Yes, I’m afraid it is”. Most, I’m glad to say, kept it polite, but a certain amount of rudeness was to be expected. What made things truly awkward were a few occasions of having to ring people back after receiving incorrect credit card information, and by the end of the week and a half, I had developed an irrational hatred of answering machines. Even worse were the few ‘big names’ I ended up calling, who were always either furious that I didn’t know who they were or far too busy being rich and successful to answer their bloody phones.

At the end of the day, though, I’m glad I did it. I had some interesting conversations, learned a lot about communication and salesmanship, and the team I worked with were absolutely lovely. Plus, it felt nice to be making a contribution to the University, to give something back to an institution I owe so much to, and to raise money for a truly worthy cause.

Although, it did help that the pay was pretty decent too.