In this year alone, the National Union of Students (NUS) has presented evidence against the illegal deportation of 50,000 international students at a Home Affairs Select Committee, given evidence at the UN against the Islamophobic Prevent agenda, and convinced the government to reverse £41 million worth of cuts to Higher Education funding.

The NUS does so much in the service of marginalised students across the nation: without a national support network, these students would be in an even more isolated position.. In other words, if you feel like the NUS has done nothing for you, it may be because they have been busy working for others. But let’s be clear: issues like Higher Education cuts, sexual violence and unscrupulous landlords affect every single student at our university. Oxford’s disaffiliation campaign wants you to buy into an unchecked exceptionalism which claims that the ‘average’ Oxford student does not need or benefit from the NUS. In fact, as Shelly Asquith, NUS Vice President Welfare, has pointed out, “there is no such thing as an average student or an average student issue.” Oxford students, in our diversity and differences, cannot stand aloof from a national student movement.

This is not to say that the NUS is perfect or that dissatisfaction with its processes is unwarranted. The NUS has many problems. The comments made by President-Elect Malia Bouattia about a “Zionist lobby” have attracted criticism for tapping into anti-Semitic stereotypes. The current President, Megan Dunn, lost the support and trust of Muslim students after pulling resources and organisational support for an anti-Prevent campaign. Despite the success of the #TransformNUS campaign this year in securing a full-time Trans Officer, it has not been an easy fight, with many trans students experiencing transphobia and transmisogyny at Conferences. At this year’s National Conference, many delegates commented on the inaccessibility of the event for disabled students.

But none of this means that the NUS has not been working for Jewish, Muslim, trans or disabled students, or for other marginalised groups. Rather, it indicates that work must be done – and is being done – to make the NUS a more progressive and inclusive body which fights for the rights of all students. The way to carry on this work is not to disaffiliate, but to make our voices heard by remaining within the NUS. In saying this, I am speaking in agreement with the Union of Jewish Students, who have called for universities to stay affiliated in order to better hold the NUS to account.

This year, I attended the National Women’s Conference where issues of marginalised religions, were consistently brought to the fore by students who want to make our universities better places for students of faith. Our NUS Women’s Officer-Elect Hareem Ghani has explicitly promised to “empower women from marginalised religious groups” through creating practical guidelines for unions to engage and liaise with students of faith. If we disaffiliate from the NUS, we lose our voice in the burgeoning national conversation about faith and the student movement – a conversation which is finally getting the time and space it deserves.

Disaffiliation from the NUS offers no practical benefits. No matter how you spin it, it is not in the interests of student democracy to disaffiliate from the largest student democratic body in the UK. The disaffiliation campaign has alleged that Malia Bouattia was elected by 0.005% of the student population. This is dramatically misleading. It’s not an argument against the NUS so much as against the way that democracy functions. Those in favour of disaffiliation are misleading the student population with dramatic sound-bites instead of dealing with the facts, just as they were when they termed an NUS motion mandating student leaders to open up a dialogue with various online platforms about bigoted abuse ‘a motion to ban YikYak’.

Nor will disaffiliation save us money. As a student, you don’t personally pay extra to be part of the NUS and – if you make up one of the 2000 Oxford students – with an NUS Extra card, you directly benefit from discounts which our Bod cards don’t offer. The disaffiliation campaign might argue that the money OUSU spends on NUS affiliation could be better spent elsewhere, but they do so in ignorance of the way OUSU is funded. If we disaffiliate, the University would be well within its rights to simply revoke the funding which would have been used to pay the affiliation fee, leaving us without NUS services and without any extra in our budget. Even if we did manage to keep hold of the cash, much of it would likely have to be spent frantically patching up the holes left by our disaffiliation anyway, such as training and resources for Oxford students, and sabbatical officers. We couldn’t make any permanent changes like installing a new sabb, because there would always be the possibility of reaffiliation: in the interests of democracy, the money would have to be ring-fenced to ensure that at any point we could reaffiliate.

Finally, disaffiliation does nothing to serve the most marginalised students at Oxford. The people who receive the most support from the NUS are LGBTQ+ students, students of colour, disabled students and women students. Most of these groups are minorities, and yet their—our—well-being at Oxford is now being put to a majority vote. The very people whom the NUS most benefits are simply not being given an adequate say in whether or not we reaffiliate. Please, vote compassionately and practically: say #YEStoNUS. 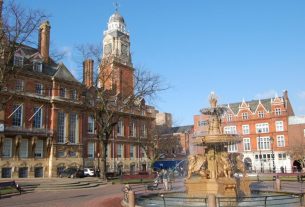 The Left have a right to be sore losers