It was last week, during his visit to Oxford to deliver a lecture at the Department of Politics and International Relations, that I had the chance to meet Michael Møller, current Director-General of the United Nations Office at Geneva. An experienced civil servant with over 35 years experience at the United Nations,   Mr Møller served in a variety of positions within the organisation before his appointment as the Director-General of the operation in Geneva, a role in which he has served since 2013.

I opened our meeting by asking about the reasons for his visit to Oxford. Whilst, the primary topic of Mr Møller’s lecture were the 17 new UN sustainable development goals instigated in 2015, related to this, he is keen to deepen collaborative ties between academia and the UN, stating “our two worlds need to get closer”. For Møller, these areas of collaboration will be central to how we go about measuring policy success with relation to the highly ambitious goals. The seventeen new goals are more than double the initial eight that were developed as the Millennium development goals in 2000 – these goals are as Møller stated to me, more “crosscutting, interconnected, comprehensive and universal” than anything attempted in the past. Møller is quite clear in the scope of enacting the policy for these goals: “this is everyone’s business, it’s business, it’s civil society, it’s academia, it’s NGOs, it’s you and me, it’s everyone.”

He was keen to stress the success of the previous goals and gave a number of improvements that have been made; most notably extreme poverty and child mortality were both cut by half in 15 years. In summarising the level of ambition within the new goals, Mr Møller told me that if we were able to implement even half of the goals, then the principle challenges of our time could be addressed; from climate change to development challenges and migration.

Switching the focus towards the challenges that the UN itself faces in addressing these goals, I asked the classic academic question about what role he foresaw the state playing in accomplishing these goals, given the contradiction of an institution dependent upon individual states, that it in turn attempts to ultimately restrict and supplant. Mr Møller’s answer was very interesting: “The state as we know it is losing its relevance, it may be asymmetrically, but the state as we know it is losing its relevance and we see it everyday.” In Møller’s eyes there clearly still is a role for the state to play but it is no longer the main player in addressing global challenges. The movement away from the standard view of an all-sovereign state and towards a multi-actor system is one of the key features of our time according to Møller, but as yet we are to use Møller’s phrase “caught between two chairs”, our movement towards a system of multiple stakeholders has yet to be completed and the vacuums created by this has left room for a number of people who Møller refers to as ‘unsavoury’ characters.No doubt he was referring to the significant number of populist and nationalist politicians that have experienced success in recent years by resisting and critiquing the trends of globalisation.

This point led Møller to offer another interesting perspective on the structural development of politics over recent years: “The attraction to civic duty of the brightest and the best in society has waned.” As a trend, these people are now moving into positions in lucrative private enterprises and as a result the general standard of politicians has fallen. Møller noted that the most exciting and able politicians were now emerging from cities, and in a well-rehearsed fashion, he pointed out that 75% of us will be living in cities by 2050. These developments will serve to change the very nature of governance. On the same topic, Møller also touched upon the effects that technology is having on the development of national and international politics. He told me that whilst technology had worked to give everyone a voice, at the same time it has resulted in the creation of a cacophony of uninformed voices.

Interested by the apparent hollowing out of the quality of politicians, I asked him how he felt about the notion of students being deterred from organisations such as the UN, given the UN’s patchy record of paying interns. Møller was keen to stress that many organisations within the UN do pay their interns but in offices likes his own in Geneva they are prevented from doing so by statutes. He said that he was looking to find support for interns from elsewhere, including through initiatives for subsidised accommodation and meals. He was also eager to emphasise the importance of interns at the UN and the degree to which they were appreciated: “a lot of my speeches are written by interns, the one that I am going to give today was written by an intern, the first drafts”. He did accept however that getting diversity within the organisation was a real problem.

At this point I thought to ask about the image of the UN and how this might be pushing some of the most capable away. In particular, I gave the example of the reputational impact sustained by the prominent role afforded to Saudi Arabia on the UN human rights council. Møller’s initial response focused on an image I had seen on the website of a major news source in the UK, which showed him shaking hands with the Saudi representative on the day the news of the role had been announced. He said that he was annoyed that news sources had been so keen to take the image out of context; it in fact had nothing to do with the Saudi appointment into the council role.

“Guaranteed, if the UN closed tomorrow, your life would be a hell of a lot worse the day after.”

Related to this, Møller told me that he was currently trying to change people’s perceptions about the UN and particularly his offices’ work in Geneva. He argued that Geneva “is the hub of the international system”, “every single one of us every day is touched by something that happens in Geneva”. Expanding upon this, Møller went on to tell me that our perceptions are such that we only publically see the failings of the UN, the ten per cent of issues where the UN has been unable to act. He gives the example of Syria, which was (he admits somewhat rightfully) upheld as a UN Security Council failure. However, in reality we fail to see the remaining 90% of the work done by the UN, the fact that schools have been kept open and two to three million children have been vaccinated against polio. These areas Møller stresses are key to the day-to-day lives of us all but we scarcely notice them. Concluding his defence of the UN, Møller tells me quite simply: “Guaranteed, if the UN closed tomorrow, your life would be a hell of a lot worse the day after.”

Aware that we were running out of time, I asked his opinion on whether the UN was doomed to be a reactionary organisation, triggered by global threats and trends rather than a leading global force. He argued that it depends upon the context of the situation. He admitted that in areas of strategic importance where the global powers are involved it is more difficult to shape the outcome of developments, but in fringe areas of the globe, the UN is far less restrained in being able to take a proactive approach.

Stepping back from this, he remarks almost ruefully on the fact that member states still control the main ‘levers’ of funding: “The most charitable way I can describe their approach to the budgets of the UN is a slash and burn policy.” He tells me, admitting that in some ways this was cyclical and good for keeping bureaucracies in check, yet at the same time it was not ideal.

Our meeting was at a close and I thanked him for his time. I left far more conscious not to always accept the negative narratives that we so often hear about the UN and to view its achievements with far more respect. The goals that the UN is setting out to implement are incredibly ambitious and noble, and they are something that we should all take seriously and look to play a part in where we can. 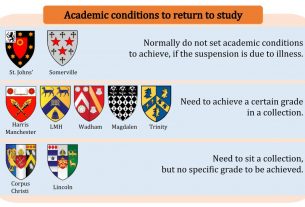