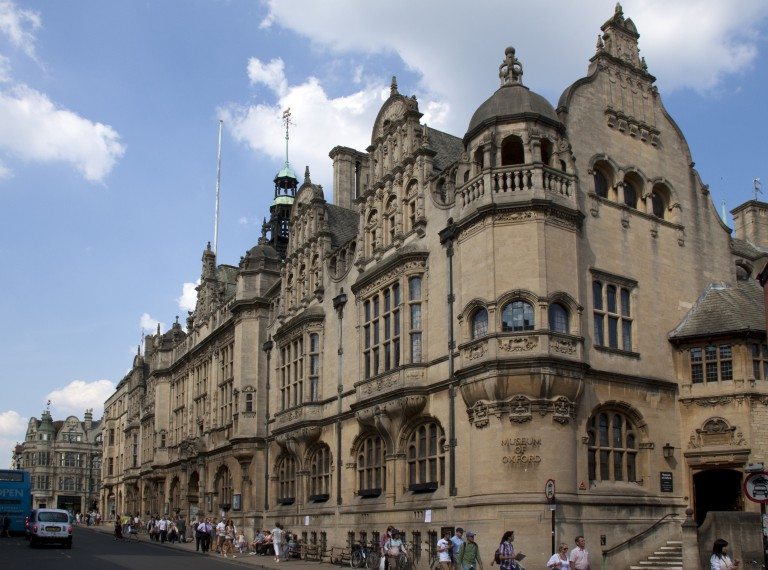 The elections for Oxford City Council took place yesterday, Thursday 5 May. Half of the 48 councillors are elected every other year and one seat in each of the 24 divisions is being contested this time around. The Council currently consists of 33 Labour Councillors, eight Liberal Democrats, six Greens and one independent member.

Last month, the Labour leader Jeremy Corbyn visited Oxford as campaigning entered full-swing. He said that he hoped Labour’s control over the City Council would help to fight Conservative austerity policies. The party’s manifesto for the election in Oxford states that “Oxford City Council has suffered significant reductions in government funding in recent years, but is working hard to address the problems of inequality and the crisis in housing” amongst other issues. They are committed to: promoting the Oxford Living Wage, “resisting” the privatisation of public services and instead try to sell the city’s services to private and public sector organisations, encouraging new housing, “integrating cycling infrastructure into new developments and improving the quality of cycle lanes and parking”, promoting local sport and affordable sports facilities, and cutting back the city’s CO2 emissions, while encouraging recycling. Dan Iley-Williamson, the Labour candidate for Holywell, is a DPhil student at Queen’s and has made building sustainable developments on the greenbelt and sustaining homeless services focuses of his campaign to counter “obscenely high rates of rent”.

While it is likely Labour will retain their control over the Council, or at least remain the largest group—the last time another party controlled it was in 1980—the fight for second place is going to be a big push. The Liberal Democrats will be hoping to remain the official opposition and begin a recovery after their devastating general election results in 2015. The Greens will be hoping to build on the growth of their support base at last May’s general election and the previous City Council elections in 2014 (where the Liberal Democrats conversely lost four seats). Speaking to the Oxford Mail, the incumbent Green group leader Craig Simons, standing for St Mary’s, said: “The goal is to become the official opposition. We are already recognised by many people as the de facto opposition as we chair two scrutiny committees and the Lib Dems do not have any. … It does benefit us that the Lib Dems have lost support nationally, some of those votes will go to us and some to Labour.”

However, Andrew Grant, who is standing for Summerton for the Liberal Democrats said: “There is a general feeling around that the junior partner in the coalition government was given more of the blame. People also do distinguish between hard working local politicians who know the area and listen to people in comparison to the national team.” He suggests that the idea of a solid middle ground resonates with residents. He is prioritising affordable housing and improvements in transport and cycling lanes. Two Oxford students are standing for election. Harry Samuels of New College is contesting Carfax; he is President of OULD and a Vice-Chair of Liberal Youth. Andy Mackay is standing for Holywell and is a former President of OULD. The pair both stress the need to remove fines for homelessness, invest in mental health services and improve the stock of affordable housing.

Natalie Bennet of the Green Party also paid a visit to the City. The party blames Labour for not doing more to control house prices and rent rises. They say that they have already introduced a requirement that new housing developments must have 50% affordable housing. They pledge to increase social housing availability, encourage private sector rent restrictions, promote the construction of homes over retail outlets, and free up homes by working to reduce the living-out student population to 3,000. Other policies include: reintroducing the Oxford Pound, pedestrianising Broad Street and St Giles, improving cycle lanes, opposing the cuts in and privatisation of local public services, improving planning consultation and supporting restoration of services for the homeless.

The Conservatives will seek to repeat gains made in Oxford at the general election and hope to win seats. Mark Bhagwandin, who is running for Headington and Northway, said he would back “fiscal discipline” and has called for spending to spread more evenly across the city. He continued: “People are being asked to pay more and more council tax every year but we are seeing very little in efficiency savings from the council, which is not cooperating with other authorities.” These savings would include cuts to council executives’ pay. Savings could be spent on regenerations schemes, and he suggests more needs to be done to share the money out across wards. The hope to challenge council tax rises, support local businesses, implement neighbourhood plans and “tackle Oxford’s housing crisis”. Two Oxford students are running for the Conservatives: Alex Curtis in Carfax and George Walker in Holywell.

There was some concern about the student candidates’ motives. But Walker was reported saying “Students give so much to our community … I think it is only fair that some students should serve on our City Council.” And several of the other candidates echoed his sentiments.

How did they fare last time?

At the last set of elections in 2014, the Green Party managed to win three of the wards, a gain of two. Support for the party was at its strongest in Holywell, St Mary’s and Iffley Fields, although despite gaining 43% of the vote in the latter, the Greens still lost out to Labour. Voters in Carfax and St Clement’s also gave their support to the party, but to a lesser degree (30.8% and 31% respectively); in St Clement’s, it was not enough to save Labour taking the division, but Carfax was able to return its Green candidate.

The Liberal Democrats took five seats, a loss of four on 2012, and one percentage point less of the vote than the Greens. In some cases their vote count stayed in double-figures, and like the Greens, their votes were concentrated in a handful of wards: Headington proved to be a strong seat for them, where they won a majority of votes, while the neighbouring Quarry and Risinghurst ward took home 25.4%, but the candidate finished second to Labour. Their votes were also concentrated in Summertown and Wolvercote, and to a lesser degree North and St Margaret’s; they won all but North.

The strong Green presence in the central wards and the strong concentration of Liberal Democrat supporters in the north and across Headington Bridge harmed Labour in those areas, but the party came top in each of the remaining 17 seats. It is perhaps no surprise that the Greens did so well in those areas—they are areas where many University students will be based. The 2011 Census shows particularly high concentrations of students in the central wards of Carfax and Holywell, as well as St Mary’s and St Clement’s to the immediate south and the ward called North, which engulfs much of St Giles. Several colleges house students in Summertown, which is also a particularly affluent part of Oxford, and these factors may go some way in explaining the Liberal Democrat presence there.

The Conservatives meanwhile failed to gain a foothold in any of the wards. They came second in a number of wards, like Headington Hill and Northway (with 29.4%) and Littlemore (with 22.3%), but in some cases this counted for very little. In Marston, they finished second but with only 15.0% and in Northfield Brook they got just 11.5%, versus Labour’s 71.6%. Some were better, like Summertown (21.8%) and Wolvercote (31.2%, versus Lib Dem 44.7%). These results showed less of a pattern, although support in Wolvercote, being a small, affluent village-cum-suburb is perhaps not surprising.

Although they did not win a seat, UKIP managed to put in a good show in four wards last time, finishing second. In one of these, Rose Hill and Iffley, the Conservatives finished last, but in the other three, the Tories ended up third. Their success in Blackbird Leys and Barton and Sandhills (where they finished second) is interesting, because those are amongst most deprived wards and have the highest concentrations of routine and manual workers. This election, however, their candidates are only standing in these two divisions.

This article was originally published in The Oxford Student in print on Friday, 6 May 2016. Image: Tony Hisgett (CC BY SA 2.0).