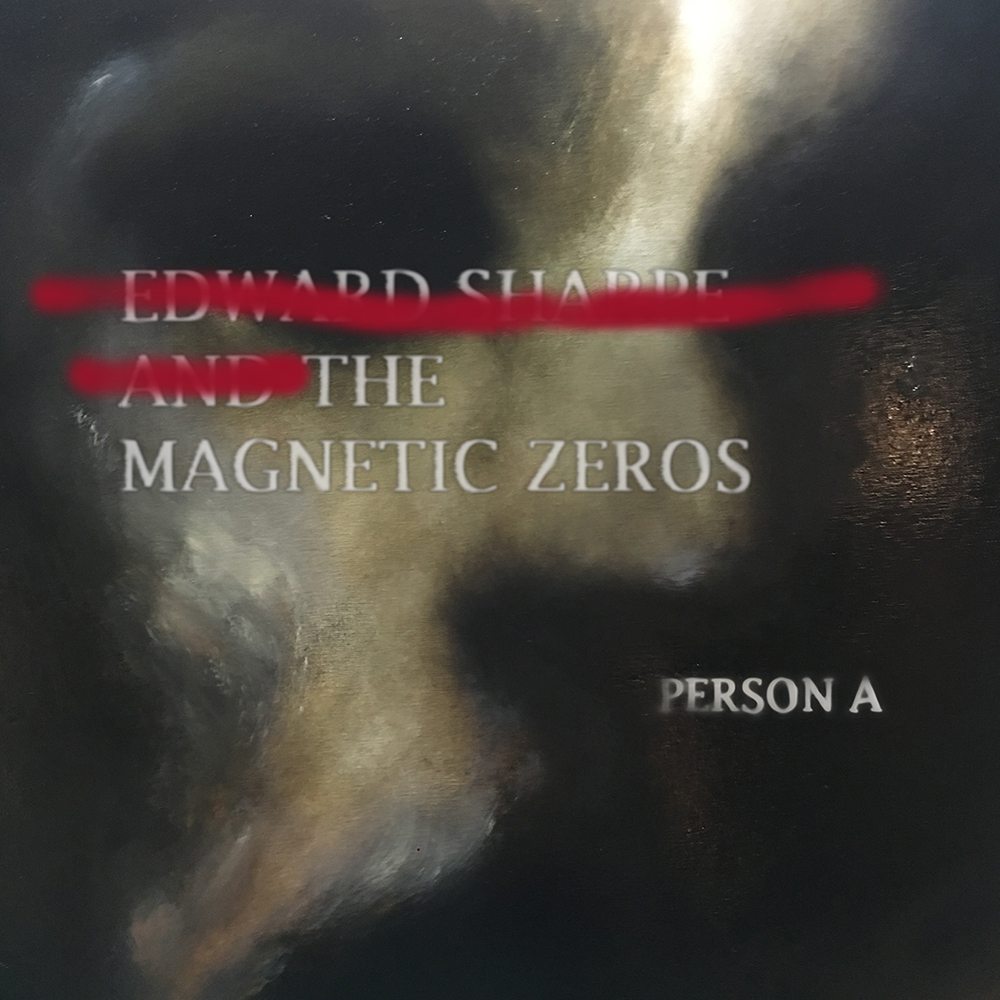 When you look at the album cover of Edward Sharpe and the Magnetic Zeros’ newest release, the one thing that immediately grabs your eye is that the very name “Edward Sharpe”, also the alter ego of lead singer Alex Ebert, has been crossed sharply out by a red marker. It’s gone now. According to Ebert himself, the character Edward Sharpe started off really as a mere “vehicle to slough off” whatever he had become at the point of the band’s inception; now, Ebert desires to be reborn, to start a clean slate and to remind his past, as the lines of the opening track “Hot Coals” hone on and on, to “get the f*ck out of my sight”

Musically, though, this album seems regrettably to be a continuation, rather than a revamp, of what the Magnetic Zeros have been doing all along. That is not necessarily a bad thing for if it’s not broke, do not fix it. Ebert’s falsetto is, as always, smooth as silk and pleasant to listen to. There is, also, a lot of creative instrumentation: from the dissonant strings and harmonicas in ‘Uncomfortable”, to the saxophones and cowbells in “Hot Coals”, to the djembes and backing chorus in “Somewhere”, to some very disturbing human screams that make you jump in a certain song.

However, instrumental creativity, as much as it should be applauded, does not compensate for much when the tune itself, in its bare-bone form, is nothing exciting. Most of the songs sound like they have been pulled out straight out of a 70s lounge music compilation. They are rather indistinguishable, sounding more or less the same, and the ordinary listener should be forgiven for not being able to sit the entire album through.

Ebert’s rebirth veers very close into becoming Ebert’s demise, so to speak, but one single song has, in my opinion, redeemed the entire album. This certain song is “Perfect Time”, where Ebert’s vocals on this one is eerily, yet remarkably reminiscent of that of Frank Sinatra. Perhaps it was intentional. And If so, Ebert is a smart man for having done this, for the song sounds great. The raspy, baritone delivery, the elongated vibrato notes, the backing strings  and the initially sparse yet gradually elevating instrumentation make “Perfect Time” sound similar to the likes of Sinatra’s “My Way”. Lyrically and thematically speaking, though, the two songs almost share nothing in common. “Perfect Time” is unexpectedly dark, perhaps even bleak. The protagonist is a “cold-blooded man” yearning, aching for the taste of love. Ebert expresses that “it’s a perfect time for love” with the lady of his heart, yet this adoration takes a macabre turn when Ebert seemingly forewarns this lady that “whatever colors you wear, they are gonna bleed someday”. But Ebert still decides to go forward anyway, declaring that “we’ll have the perfect time, skipping, hugging, laughing, singing.”. The literary style of the lyrics is something worth noting too.  For the protagonist’s yearning of love is contrasted rather bizarrely with imagery that do not make sense whichever lens you view it through, such as “mountaintop-chokings afternoon rapists”,  “lunchtime, wartime armageddon” and “sunny day shooting, breakfast beheadings”.

My two cents on this is that this song is simply about a deluded man, perhaps one who has spilled much blood before, and his desire to reunited with his lover. His adoration and love towards this unnamed lady almost seems all too cathartic, in light of the rather terrific scenes depicted in the song. What the hell, really, is going on? I do not know, and Ebert himself probably does not know too. You will get to decide yourself. But all in all, “Perfect Time” no doubt is the standout in this album. It would, I imagine, make a very good ending song to a slasher film worth its salt.

The lead single “Hot Coals”, on the other hand, which reasonably should be decent seeing that it is, after all, the “lead”, was massively disappointing. It seemed to me that Ebert was attempting to create something that was epic and anthemic (think Radiohead’s “Paranoid Android”). The volume is definitely up on this one, but there is no clear transition in between sections. The discordant and excessive instrumentation, with keyboard sweeps, loud grunts, sudden saxophone bleats and odd times beats, makes the whole song almost sound like shoegaze, but with the lack of a distinct melody. I am a big shoegaze fan so I find the whole construction of “Hot Coals” rather puzzling.

It is difficult to place this album, or the band as a whole, under a specific genre, as the album, quite literally, is all over the place. From the light psychedelic overtones in “Hot Coals” to the unmistakable Midwest country vibe in “Uncomfortable”, to the radio-friendly and guitar-driven “Somewhere” to the sickly sweet “Lullaby” that sounds, well, like a lullaby, the ground that the Magnetic Zeros have covered is broad. An attempt to be musically broad and experimental should, like I said, always be applauded but there simply is nothing markedly new and fresh in this album. It is, nonetheless, a good album, though it does reasonably leave one wanting for more.

The World of Portico Quartet