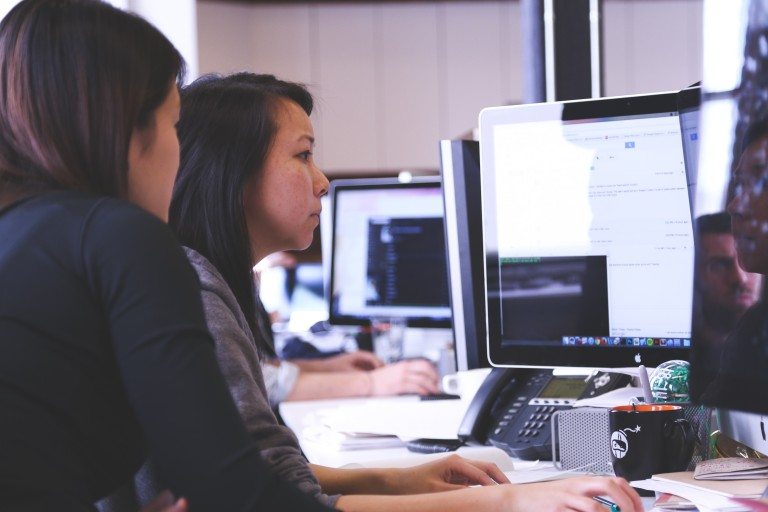 Being a mother is a job in itself. The responsibilities are endless. But women also want, as they should be able to, driven ambitious careers. Employment is an option for some, and a necessity for others. But it should always be possible. Unfortunately though, the choice to pursue a career is still surrounded by debate and doubt. Fingers are always pointed at busy working mums who ‘ignore’ or ‘neglect’ their children, but shouldn’t mothers be able to work too? So looking to the future, should women be asking if they can ‘have it all’?

My mum is the real Superwoman. She works full time, and has done so since I was a kid. She also works in the most underfunded, ignored and neglected sector of the NHS, as a child psychiatrist. I can’t begin to describe how hard her job is, not only because of the nature of her work but also because of the unbelievable lack of resources for mental health. On top of that she also has three kids, two dogs and a house to run, and she also runs marathons and cycles faster than anyone I know.

Before I went to Oxford, I thought this was pretty normal. It came up in a “so what do your parents do” that not very many of my peers had working mothers. In fact, in a conversation with some privately educated friends, I was very much the odd one out. Talking about the subject, I found that they had rather pessimistic views of working mothers and the effect it has on kids. They held the same ideas as studies that suggest children with working mothers are more likely to have low self-esteem, mental health problems, and were more likely to drop out of education.

These are not unfounded suggestions. Previous research has stressed disadvantages: a Daily Mail article stated: “if a mother returns to work, say the researchers, the child is 20 per-cent less likely to get an A-level”. Whilst I doubt this very much, it did make me reflect on my own experience. I do tick some of the above boxes, and as a child I was apparently incessant on how ‘unfairrr’ it was that my mum didn’t pick me up from school and spend as much time with me as the other mothers. Do I have low self-esteem because my mother worked?

Pinpointing an entire personality and academic future on the role of a mother is a step too far. There are numerous external factors besides work to consider: family income, parent relationships, education. Whilst I do openly admit that yes, I would have liked to have spent more time with my mum when I was younger, and still do, I remain 100 per cent proud that my mum works. Mothers who work act as examples to their daughters about what they can achieve unconfined by limits like those suggested by the Daily Mail. We still live in a society where the choice between raising a family or having an ambitious career is very much a real one. The question “can women have it all” still exists. Yet, as daughters see their mums work so hard and achieve so much, those barriers appear more distant. Working mothers tell them through their determination and commitment that a child can aspire to do what they want.

Physically, my build is similar to my mother. When I think to myself, I will never be able to climb a mountain, “I’m too weak”, I think to myself: what has my mother done? Being the extremely active mother she is, she was in the army as a medic, having trained alongside soldiers. Picturing her with that enormous rucksack sprinting up a mountain tells me that yes, I can.

This is an extreme example, but shows that mothers can be the best role models. Mothers doing every day stuff and having jobs is inspiring for children. A Harvard Business School study that collected data from 24 countries suggested that the daughters of working mothers have better careers, higher pay and more equal relationships than those whose mothers stayed at home. Furthermore, their sons often thrive too and growing up to be more involved at home and caring for their own family.

I do not want to insult mums who give up their careers, nor neglect the role of working dads (or stay-at-home ones). Nevertheless, it is worth thinking of the responsibilities of working mothers. Is wanting to be successful and have it all ‘selfish’? Will a child be worse-off because a mother wants to continue with her career? Is it not concerning that research is still just thinking of the negatives of a working mother, not father? Working mothers carry a heavy burden.

I selfishly wish my mum had more free time. Equally I am still not 100 per cent sure working mums are always the best thing. But I am very glad my mother brought me up and kept her career. She’s definitely somebody I look up to and I can’t thank her enough for it.