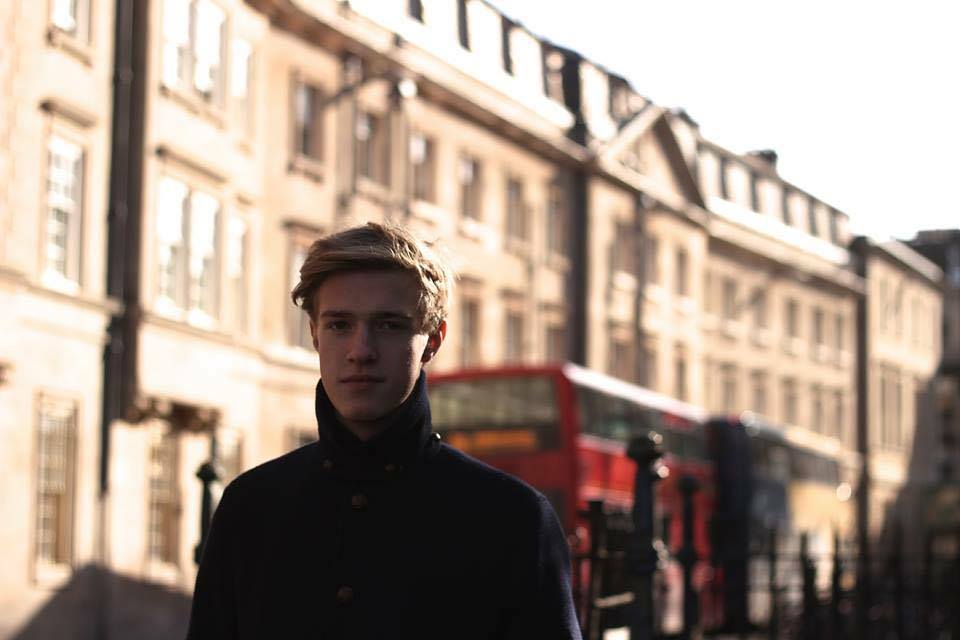 Coffee seems to be Paul Ostwald’s preferred editorial tool when it comes to The Journal of Interrupted Studies, an Oxford-based academic journal that will publish the complete and incomplete scholarly works of academics whose work has been interrupted by forced migration. The idea for this new scholarly review was born over a cup (or more) with Paul’s flatmate and co-editor Mark Barclay. Subsequent team members, including Geri della Rocca de Candal, the Journal’s academic editor, have also undergone induction in the Missing Bean, where Paul and I first meet to discuss the project.

That the Journal was born in the Turl Street establishment in central Oxford is in a tangential way emblematic, Paul believes, of what it has to offer academics with immigrant or migrant status. The fact that the Journal is Oxford-based, with a network of professional academics who peer-review articles, is key in its global visibility. The university’s name, Paul notes, attracts the interest of potential contributors, donors, and academic advisors.

The Journal’s immediate aim is to give refugee academics a platform that is usually prohibited by the conditions of their immigrant status, but also by the Anglophone and Eurocentric bias of the academic publishing industry. The need for such a forum is demonstrated by the sheer volume and diversity of submissions the publication receives on a weekly basis. At present, the traffic in original research between contributors and editors here in Oxford is constant, and public interest is on the rise.

Paul recognises that for these refugees from civil conflict and political exiles, “fleeing the country is not just getting on a plane and flying somewhere. You actually mentally, intellectually have to leave that territory.” Having survived the violent destruction of their home countries, refugee academics must also suffer the psychological pain of an interrupted vocation and, often, the loss of a lifetime of work. Those who do settle in safer areas, of which Germany is a well-documented example, must confront language barriers and educational systems that are unable or unwilling to accommodate them. Paul mentions the example of Mesfin Mulugeta Woldegiorgis, an economist formerly employed at the university of Hawassa in Ethiopia. Woldegiorgis, via the Academic Experience Worldwide programme, is able to audit lectures at the University of Frankfurt. However, for legal reasons relating to his refugee status, he is unable to formally enrol, thereby prohibiting access to libraries and formal examination. For a scholar who is also a refugee to even qualify to produce publishable material in Europe, Paul explains, is near impossible.

Born in Cologne to German parents, Paul spent much of his life in Kenya, where he witnessed the horrific post-election violence of 2007. The circumstances that lead inhabitants to flee their homes were familiar to him from a young age. So too were the circumstances that refugees are forced to live in: as well as spending time in Dadaab in Kenya, the world’s largest refugee settlement, he has volunteered in Lesbos, where many Middle-Eastern refugees have settled. The subordinate position of refugee academics, Paul considers, is directly related to how Europeans perceive such stories and places. In Germany, media representations of their plight initially drew sympathy. Paul calls this Willkommenskultur, the political rhetoric of welcoming immigrants into Germany, which he believes is grounded more in Germany’s self-perception than in consideration of its consequences. The situation seemed to present, he says, “morally pretty clear ground”, hence the idealistic attitude of “Wir schaffen es!” (‘we can do it!’). Certainly, Paul notes, Germany’s efforts to accommodate immigrants should be recognised. However, he says, “it was almost too much, in the sense of, where did this come from?” Celebratory gestures – clapping, for example, when new arrivals disembarked from trains – faded out when refugees were no longer reducible to this moral economy. A turning point, says Paul, occurred in Cologne in 2015, when numerous women were sexually assaulted by men described as of Arab or North African appearance. Germany’s stance on asylum-seekers was destabilised in the wake of public outrage and the inevitable xenophobia from those who conflated perpetrators and immigrants. This event, Paul holds, revealed the tendency of Europeans to conceive, reductively, of ‘good’ refugees and ‘bad’ refugees. Paul nevertheless views Cologne as a catalyst: “It was a point of coming of age… or maturity. The press suddenly swapped to a more nuanced and clearer interrogation of the situation.” German policymakers now ask more fruitful questions: “Lets consider the different groups of refugees. Lets consider the situation that the people face when they come here.”

This maturity is not something that Paul, a second-year PPEist at Regent’s Park, observes in Britain. The refugees’ situation, while the subject of much discussion, is still entirely alienable: “A lot of British MPs go to Calais… but then they go back.” Recalling the famous photograph of the dead Syrian child that appeared in The Independent, and the outpouring of emotion it elicited, Paul returns to the myth of the ‘good’ refugee: one whose tragic backstory is easily digestible to Westerners in terms of the moral economy characterising Germany’s initial Willkommenskultur; one who is grateful to have survived civil conflict and to have gained a place in European society, and one who makes an effort, as it were, to assimilate. The ‘good’ refugee trope, Paul asserts, allows consumers of Western media to exorcise their guilt while remaining detached.

His distaste for this attitude, which he saw most clearly manifest in a German talk show, was the main catalyst for the Journal’s foundation. In a panel consisting of politicians and celebrities, all were referred to by their full names and titles. “Then out comes the refugee and he is introduced as ‘Kazim, Refugee’.” Culturally speaking, formal address forms in Germany communicate respect and recognition of achievement. Here, ‘Kazim, Refugee’ was not even afforded the dignity of a surname until later in the programme. His identity was erased as he disappeared under the category of ‘good refugee’. Paul was incredulous: “It doesn’t grant people an agency – it gives them a tag.”

For the Journal’s editors, this incident demonstrates the necessity of recognising professional achievement that is here so completely ignored. While the journal format is limited by its elite audience, its existence in the public eye has already started a dialogue on identity that was previously nonexistent. Following the publication of Paul’s interview with Der Spiegel, a major German newspaper, the idea behind the project was attacked, criticised, and interrogated by those hostile to it – but there have also been hundreds of positive responses. “Suddenly,” says Paul, “this topic becomes a point on the agenda of people who would not otherwise engage with the intellectual heritage of refugees.” In this way the Journal is both tailored to academic pursuit, providing a grassroots peer-reviewing system that allows refugee academics to publish, but simultaneously attracts the public interest necessary to a discourse that will, he hopes, contribute to a perception of refugees as people.

Since contributors are not always in a position to submit complete work, the Journal is also a means to connect contributors with academics in Oxford and abroad. He cites the example of one author, who holds a BA from the University of Damascus and an MA from Essex University, but who has been unable to find a supervisor for his DPhil. The Journal intends not only to publish his proposal, but also to match him with a supervisor who shares his expertise. The physical form of the Journal is also significant. To contributors, it represents something that they have produced against all odds. To Paul and his team, it is “something you can bang on the table in front of people and say, look at this.” He hopes that the intellectual potential of immigrants will be harder to ignore if presented in concrete form.

Paul seems under no illusions as to the Journal’s immediate impact. The publication, he says, will be most useful to those who read it and those who contribute to it. It is not a grand vehicle of policymaking, nor will its actual content permeate beyond a small, though international, intelligentsia. He is also aware of how the concept of a white and privileged Oxford student publishing the works of refugee academics might invite parallels with Germany’s self-conscious taking-in of refugees, with Pope Francis’ recent decision to bring twelve migrants back to Rome, and with other ‘generous’ acts that could be understood in terms of Western guilt. But this is absolutely not what the project is about, Paul explains: “We are not the advocates of poor, disenfranchised refugees.” Instead, the team envisions the journal as a twenty-first-century republique des lettres, which peels back the label of ‘refugee’ by focusing on the quality of the work itself, and allows contributors to interact with fellow academics on the basis of shared expertise. Despite limitations on its readership, attention from politicians and media outlets is ever increasing, and continues to stimulate discussion which, Paul hopes, “will include refugees in a policy-shaping dialogue.”

The Journal of Interrupted Studies will appear quarterly from spring 2016. http://jis-oxford.co.uk/