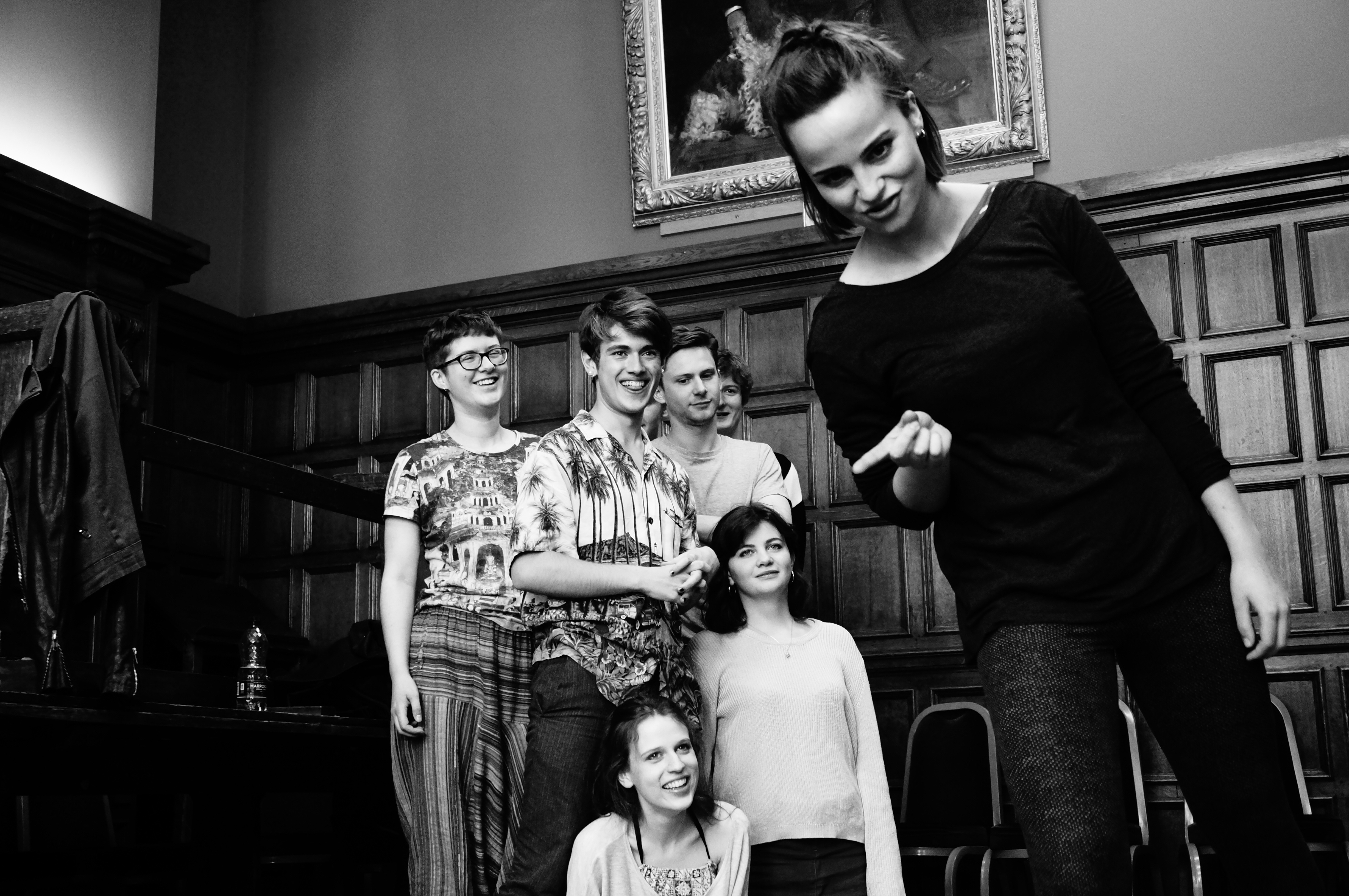 As I sat down in the Pilch Studio, and the preview of Gruffdog Theatre’s Rhinoceros commenced, I was flabbergasted. Suddenly, as the cast swirled across the stage with endearing, yet stylish buffoonery, I was in provincial France.

Eugene Ionesco’s iconic piece about how a rural French town confronts an endemic of ‘rhinoceritis’ (a disease which transforms the victim into the eponymous quadrupedalled monstrosity) is a punchy allegory for fascism. And yet, under the care of a clearly devoted team, it seems to have acquired a throbbing tenderness as well.

Just before the preview started, director Pete Sayer carefully set a few apples on top of some wooden crates in the centre of the stage. Due to the warm ambient lighting I joked that it looked like an impressionist painting. Though this quip was laughed off, it stubbornly resurfaced in my mind as the opening scene progressed. I was reminded of a Cézanne pastoral as a montage of village life flowed. 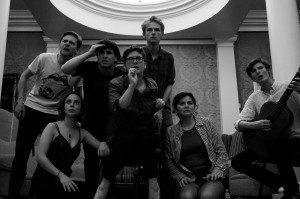 From the outset we are thrust into the picturesque, with muttering and clowning as the impeccable Madeleine Walker led the opening; which included the cast lovingly manipulating an intricate, life-sized cat puppet. Head designer and puppeteer Daisy Pearson have succeeded in an impressive feat concocting these magnificent structural specimens; they are exquisite. The scene settled from the good-natured chaos of village life into a café conversation between Berenger (Jack Bradfield) and Jean (Marcus Knight-Adams) who play off each other like a Frankified version of Wilde’s Algernon and Jack. However, although the glimpses I watched displayed undoubtedly strong individual performances, what was most impressive was how this cast worked as an ensemble.

The cast swirl across the stage, crisscrossing and dodging in a delightful panorama. This ambience was fostered by rustic music composed and performed by cast members Imogen Allen, Gaetano Ianetta, and Walker on stage amidst the hustle and bustle. John Paul’s sound design and clever looping underpins it all to lend an intoxicating folkloric rhythm.

It is easy to groan when a theatre company tells you that they believe in collaborative and inclusive practice, yet for this production I am optimistic that these terms are more than buzzwords. The self-composed music mingles with the staging, with the movement, with the costumes and set to create a highly robust and impressively holistic aesthetic. 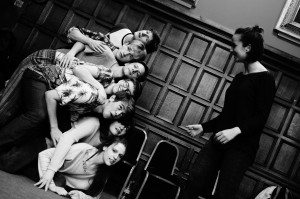 Sayer and the producer (Conor Jordan) identified the film Amelie and the works of Wes Andersen as inspiration for the charmingly pastoral, almost choreographed movement. These inspirations permeate, with actor Livi Dunlop saying that Sayer assigned them a set of soundtracks and films to watch which fit the vision for the show and how Andersen’s Moonrise Kingdom highly influential for them. The entire team seemed enthusiastically and cheerfully united in their raison d’être.

Sometimes, however, this glorious melange of Francophilia can seem daunting. There was such a rich tapestry of seemingly random interactions occurring that at times I was left not knowing what was plot and what was ornament. A specific concern I had was that the sensuous and intricate puppetry was so tightly focussed that many details could be obscured by a misplaced elbow, or slumped shoulder. I hope that these are teething problems only, for I was watching the cast perform in the much larger studio space for the first time, instead of in smaller rehearsal rooms. My doubts were assuaged by Sayer’s obvious recognition of the problem, and some beautifully simple yet striking staging which enlarge the puppetry microcosm to fill the space. For instance, the cast members carry crates on their heads to create small platforms for the puppets which allows versatility and movement so that the puppet maintains all the intimacy of a pedlar’s marionette show, but can move freely around the space, with mini stages appearing wherever needed.

Gruffdog Theatre said they were trying to not just tell a story, but to tell it in a beautiful and creative way. And I believe they will.

Rhinoceros is playing at the Michael Pilch theatre from the 18th-21st May.

Review: Toby Mather in Desperate Liaisons with the Oxford Revue