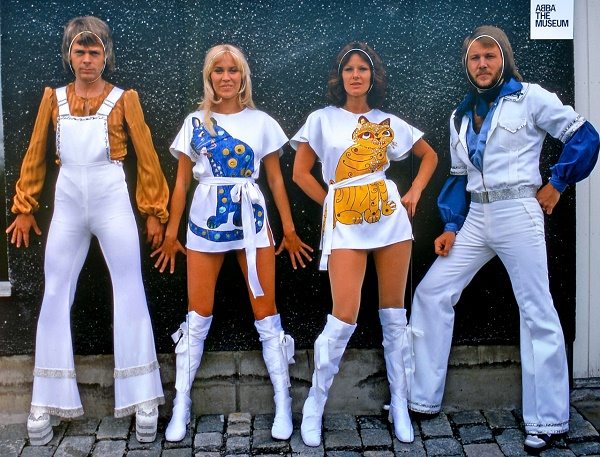 Something strange is going on at Oxford. Having spent years in a school culture with a clean divide between cool music and bad music, it took me a while to notice it. But look at the middle floor of Park End, or whatever they call it these days; go to a college bop; spend a few hours pre-drinking in a friend’s room, and you will see it too. Cheesy music is being reclaimed, and we should be glad about it.

Now, as a philosophy student, I’ve been conditioned into having an irresistible and often humiliating urge to define the terms in every claim I hear. However, when I started thinking about cheesy music, I found myself in some difficulty; depending on your online source, you might be told cheese is “smarmy and overly sentimental”, “inane. And crap”, “big or showy”, or indeed (according to The Guardian, no less) a leftover of colonial attitudes towards India. Whichever one you choose, there’s a lack of subtlety involved, and maybe a suggestion that cheese isn’t quite sincere about what it’s saying. But the range of definitions is significant in itself, pointing to what I think is a sad truth – people have often used ‘cheesy’ to refer not so much to an actual style as to something they don’t like. Sadly, the term has stuck, and the smear campaign built up a culture of embarrassment about songs of unadulterated glitz.

So we’re dealing with music snobbery here. And although I am a confessed lover of moody indie music that takes itself way too seriously, I still attempt to maintain that music snobbery in all its guises is unwarranted and harmful, essentially because it prescribes what music should be. You listen to chart hits? You clearly don’t realise music is meant to have profound, angsty lyrics. You prefer New Order to Joy Division? I feel obliged to inform you that gloomy music is inherently superior. You don’t listen to classical music? Don’t get me started.

This fits in with the understandable culture of prioritising artists over listeners. In certain circles, it seems that the amount of intellect, or personality, someone puts into their music must exactly correlate with the value of that music, independently of anyone else’s taste. I agree in some ways – you can usually spot a song that reflects its creator’s actual feelings – but for me, the reason we appreciate that directness is because it makes it easier for us to feel whatever emotions the music is trying to evoke, not because it makes the music itself somehow worthy of attention. We are the people who listen; we’re allowed to decide what we like.

Perhaps it would help if we stopped labelling things as ‘good music’ (which overlaps completely with what I listen to! What an extraordinary coincidence) and ‘bad music’ (which, of course, I dislike, being a person of exceptional taste). Instead, music is good for someone when it is effective. Without wanting to be too mechanical, it does its job; it fulfils whatever role the listener has in mind for it, or surprises them in a way they enjoy. Maybe that underground band The Garlic Chameleons you’re such a big fan of have just created the most brilliant musical rendition of having your toenails removed you’ve ever heard, but if I don’t want to hear that feeling, it’s not effective to me and I don’t see why I should be embarrassed about it.

One more point: seriousness is an important criterion for the snob, and cheese is rarely too serious. Any mug can feel happy any time, the thinking must go. It takes music to delve into the darker side of our psyche, which is of course a worthier activity than just being cheerful. I’m no psychologist – and, as I listen to James Blake’s new album, I’ll freely admit I enjoy the nuance of a lot of serious music – but straightforward happiness is a pretty desirable state to be in, so if a song does that for me, I don’t want to turn my nose up at it.

Hopefully, the cheese revival is a sign of things to come. I dream that, some day, the wider world will welcome the Bee Gees, ABBA, and even S Club 7 on a level footing with its ‘serious artists’, instead of confining them to wedding receptions and other occasions when those in attendance are so distractedly merry they are expected to know no better. If these things come to pass, we will have done our bit; it’s clear that cheese is a part of student life of which many of us are very fondue.