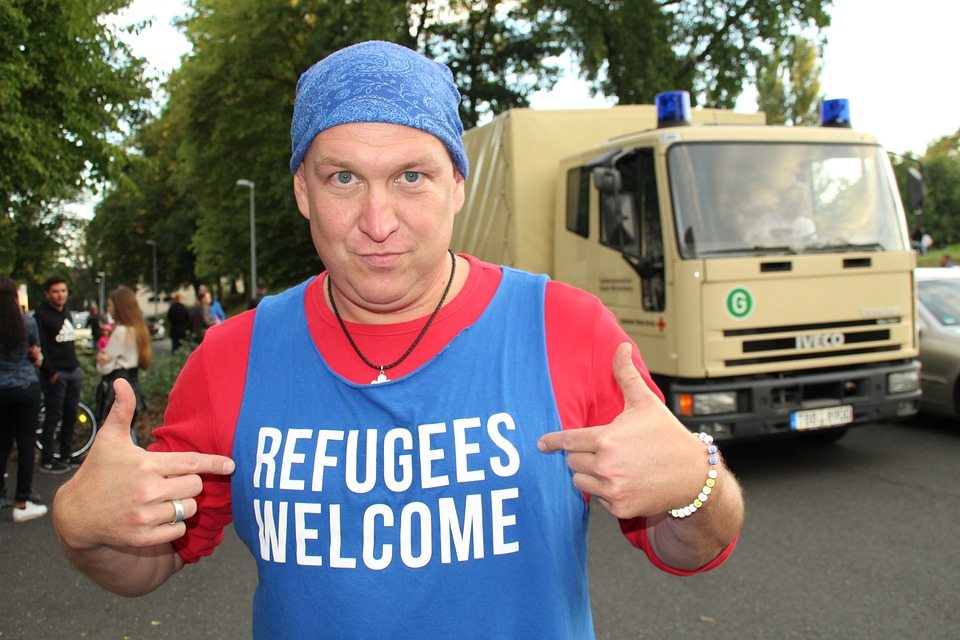 It is undeniable that we have been facing a refugee crisis in Europe – over a million people travelled here in 2015 hoping to build a new life. This year, the numbers entering are not as overwhelming, but we are still left with the challenge of how to cope with the hundreds of thousands of migrants and refugees who are now here. When faced with such an enormous task, it is easy to focus on all the negative aspects of the situation. Mainstream media coverage tends to be of things going wrong and integration efforts failing. In order to develop a stronger sense of hope and optimism in dealing with this difficult situation, there needs to be more publicity given to the success stories of the crisis and the lessons that can be gained from them.

There are many such success stories across Europe. A particularly moving and inspiring story comes from Berlin, where refugees are being trained as museum guides. They are then able to provide tours for other refugees in their native language. There are numerous positive aspects to this scheme. Firstly it gives the tour guides themselves an income and a sense of self-worth again. Many refugees have high levels of education and were doctors, lawyers and teachers in their countries of origin: returning to intellectually stimulating employment makes a big difference to their mental wellbeing as it both alleviates boredom and gives them a sense of purpose in life again. The tours themselves also provide refugees who are waiting for their asylum application with something meaningful and interesting to do with their time while they wait to be allowed to search for employment themselves. It lets migrants learn about the local culture and history and therefore is an important first step towards integration. Some who would prefer to eventually return to their home countries find hope in the context of Germany’s recent history: a story of rebuilding a damaged country after the end of the Second World War, and Germany’s success in this rejuvenation generates optimism for the future of refugees’ own countries despite their current states of desolation. Exhibits on antiques from their countries of origin es are also popular, as they allow them to continue to connect with their culture and heritage despite the distance separating them from these.

Another inspirational story is that of a town called Schwabisch Gmund in Germany. 800 migrants were assigned by the government to be housed there, and rather than accommodating them all in one large shelter, more than half have been dispersed across the local area. Many are hosted by families in the town and its surrounding villages and this has proved a highly effective way of integrating them into the community. Rather than being one mass of people living in a government shelter, the migrants can be assimilated into local society as individuals. They can get to know their host families and those living nearby and find their own place in the community. Schwabisch Gmund also offers a German language degree for migrants and encourages them to undertake voluntary work. Both of these steps provide migrants with stimulating and worthwhile activities and also aid integration because they allow migrants to demonstrate to the locals their strong desire to play their part within the local community.

These stories are just a taster of the successes that have been achieved in coping with the recent influx of refugees into Europe. A high concentration of these stories do tend to come from Germany because Germany has made the greatest effort to actually solve the problem rather than just hiding from it. In other countries too, however, there have been important accomplishments in integration which are not acknowledged enough in the media. If a greater focus could be placed on publicising hopeful aspects of the effort to accommodate migrants, this would produce a more optimistic attitude surrounding the situation. It is easy for the challenge presented by the refugee crisis to seem insurmountable, but stories such as those I have described both demonstrate that there is hope, and show where that hope lies. They can teach us effective techniques for successfully integrating migrants into our society and make the task that lies ahead for Europe seem much more attainable.