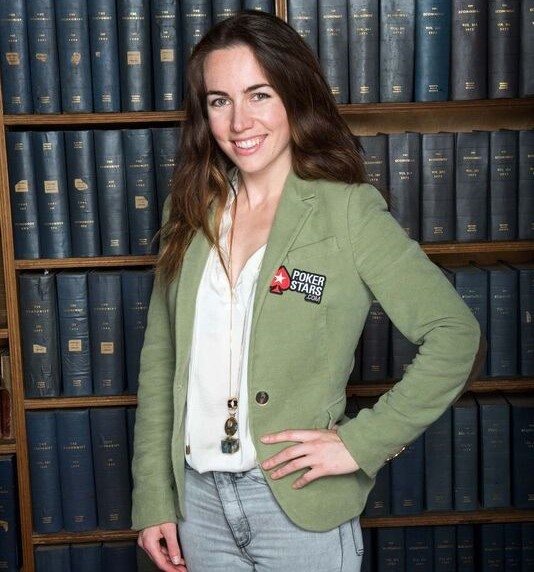 Playing her cards right: an interview with Liv Boeree

Liv Boeree didn’t intend to become a professional poker player. “I started playing on a gameshow,” she explains during a talk at the Oxford Union, “in which five complete beginners, with coaching from poker stars, were taught to become successful players.” Fast forward ten years to November 2015 and Boeree was being named the number one female poker player on the Global Poker Index, while today her total live tournament winnings stand at over $3 million. Sounds impressive, right? I checked with a friend who understands the rules of poker and he confirmed that it is.

When I met Boeree for a brief interview before her talk, one fact was made abundantly clear: she’s a woman. It’s a topic which interviewers seem gravitated towards like pieces of spatial detritus into the thralls of a supermassive black hole. However, Boeree recently rated the question, ‘What’s it like being a woman in poker?’, as the one which she was ‘most sick of answering’. I decided to start with something else.

After earning substantial amounts of quids playing professional poker, Boeree has joined a charity called ‘Raising for Effective Giving’ as a board member. Who are they and what do they do? “It’s mostly run,” Boeree explains, “by a team of effective altruists”, a range of philanthropic individuals who subscribe to the notion of “doing as much good for the world as you can”, by “using science and reason to figure out […] [how to do] this in the most effective way.” The team approached a group of elite poker players, with the idea that “the poker industry has a lot of potential for effective altruism”, because of the intrinsic “rational thinking methods” which poker requires. “They sold it to me completely”, Boeree continues, “so we started Raising for Effective Giving.” With a minimum pledge of 2% of their earnings for each participant, the charity has achieved “quite an uptake so far.” In a period of approximately eighteen months, Raising for Effective Giving has reportedly managed to raise over £1 million, with future plans for a charity tournament in Las Vegas.

Poker is an inherently exploitative game, which relies upon a loser for any kind of victory. This can lead to situations in which players lose money which they don’t physically have. Is there any kind of conflict, I wonder, between this reality and committing to give large amounts of money to charity? “They’re very different games”, Boeree begins. “Poker is zero sum – in order for you to win someone else has to lose – whereas charity is not.” This doesn’t, to Boeree’s mind, present a problem. “Just because they’re different games doesn’t mean one can’t complement the other”, she argues. “The person in Africa who’s in desperate need of malaria treatment [doesn’t] really care where the money’s coming from; they’re just grateful that their life has been saved.” The economic argument is undeniably compelling. “I love this game that I play and I want to keep playing it”, Boeree goes on, “but if I can at the same time make a big impact [through effective altruism], then to me it’s a win-win.”

Professional poker poses a further moral conundrum. Its increasingly high profile, with prime time T.V. coverage and extensive internet exposure, could be seen to encourage gambling. I’m curious as to what Boeree thinks about the responsibilities of a poker player in with regards to this situation. Recognising the concern, Boeree acknowledges “there’s definitely some responsibility”. “The thing I say to people”, she goes on, “[is that] if you want to play it, treat it as a hobby that is fun. In the same way that if you wanted to pick up golf, you wouldn’t go out and spend £5000 on a set of golf clubs […] [regarding poker] you should play within your means.” Boeree is keen to dispel false expectations:  “You’re probably not going to win,” she warns, saying that new players should “be aware of the fact that if you’re a beginner, you’re going to be an underdog”. She goes on to call attention to the structures which exist within poker companies to prevent damaging addictions, such as self-exclusion policies, and draws a contrast with casino games, in which “the house always has the edge”. Eventually, however, Boeree’s attitude to gambling problems is fatalistic. “There are always going to be people susceptible to chasing their losses too much,” she says, “or too aggressive with their bankroll, and that’s an unfortunate reality of human nature”.

Boeree’s professional career has gone from strength to strength, although, in conversation, she keeps these cards close to her chest. In April 2010, she won the European Poker Tour main event, which was then the largest tournament to be held in Europe, with a prize of $1.25 million. She is currently part of a group called Team Pokerstars Pro, which comprises some of the best poker players from around the world. In the kind of tournaments in which Boeree features, hundreds of thousands of pounds can be won or lost on the basis of very few decisions. How does her mentality change as the stakes in a tournament increase? “It gets intense”, Boeree replies, with the corners of a smile tugging at her mouth. “The adrenalin starts pumping when you realise the decision you’re making could be the difference between […] making the final table or busting out in the twentieth.” There’s not only added pressure, but “the fun increases too”. Only the very best poker players are able to play dispassionately when the stakes increase, Boeree suggests, and she is quick to say “I’ve certainly not got to the stage where I’m completely detached”.

I’m interested in the way in which high pressure situations influence the way in which professional poker players think. Do they rely on intuition or the ability to think clearly about the mathematics? “It depends on your definition of intuition”, Boeree points out. “Some people see intuition as an innate feeling [which doesn’t require] deep thinking […] but if you ask me it comes from an accumulation of gathered experiences, where something becomes so well known that you no longer have to do that active calculation and your subconscious does it for you”. “There might be times in a poker tournament where I’ll have an intuitive feeling about something, but that’s because I’ve seen the scenario many times before”. The potential for conflict between intuition and clear thinking is, however, according to Boeree one of the most difficult parts of the game, and one in which “the best players shine”, in an ability to marry the two.

Boeree addressed the hot topic of women in poker during her talk. With only 2.3% of players at high stakes tables female, the odds are still stacked against women. Despite this fact, Boeree maintains “I’ve always felt unbelievably welcome at the table” and argues that the “unacceptably bad lag” in female players will slowly be redressed. Although the demography of those attending her talk may suggest otherwise, with more models like Boeree, I would bet my bottom dollar that she’s right.