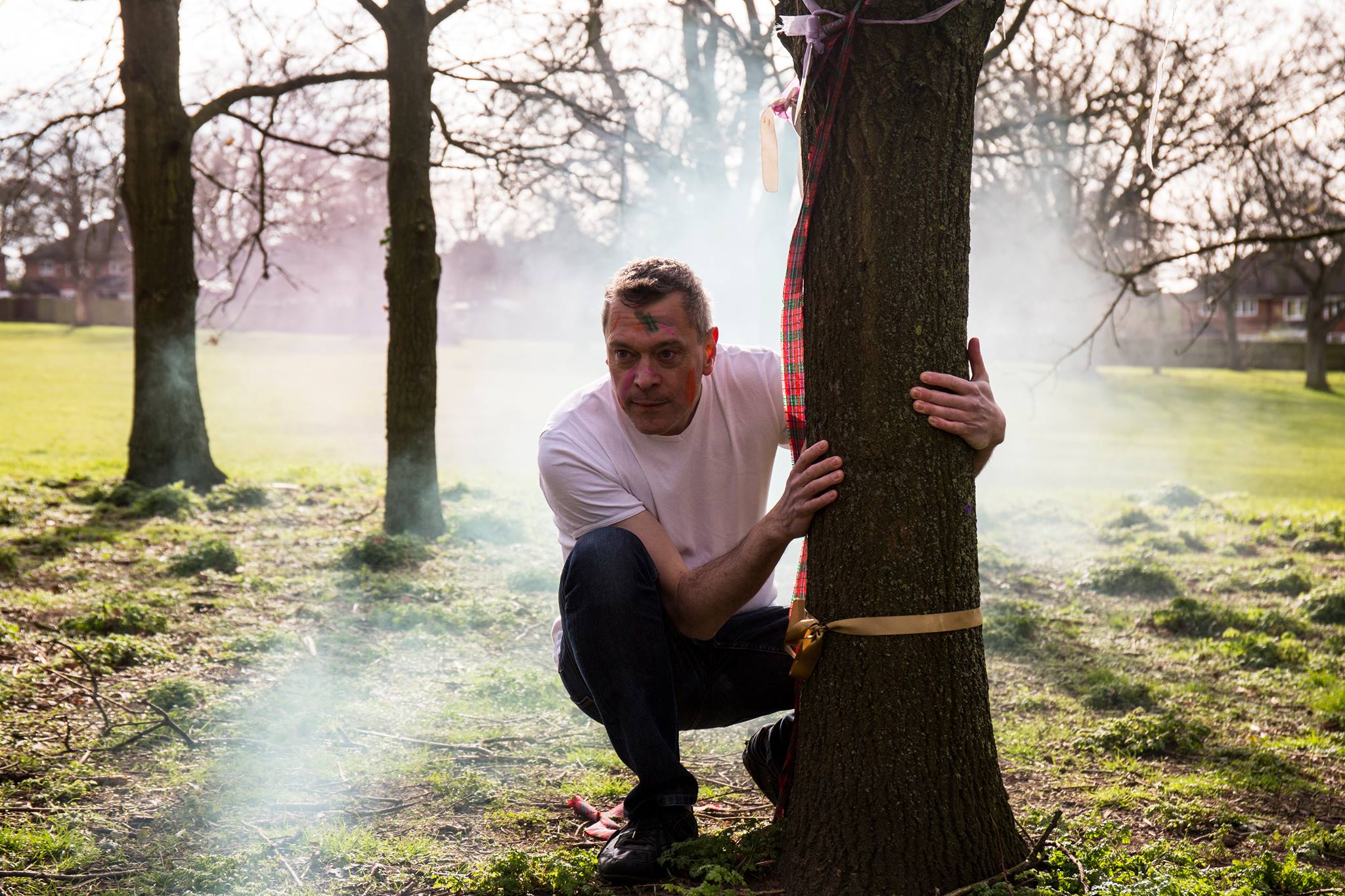 National society plays don’t seem to get much in the way of hype, at least not from the usual Oxford theatre outlets. This is a shame, because Woyzeck might be the best play the Burton-Taylor has seen all term. A fragmentary horror story about one soldier’s mental breakdown, it’s a grisly, relentless, thoroughly gripping piece of theatre, and it would be a real pity if punters were turned off just by the language it’s performed in.

Woyzeck is a soldier. He is also afraid. He’s introduced waking up from a nightmare, and it’s an apt summary of the play as a whole. Characters, locations and events flash past at breakneck speed, actions are brutal and motivations inscrutable, the play constantly walking a fine line between lucidity and outright madness. The plot is abstract, but the individual scenes are concrete, the whole drama revolving around Woyzeck’s fear and humiliation. The action takes place on a minimally-dressed stage; confident and subtle lighting cures convey the various abstracted locations, while surtitles are projected onto the wall behind the actors.

Woyzeck has a lot of moving parts, but the actors manage to make the whole thing gel. Stephen Jones is phenomenal in the title role, by turns charming, intense, humble and scary, he gives an absolutely barnstorming performance. Director Ben Schaper made an intelligent choice in casting a slightly older actor, visibly marking him out from the younger supporting cast in a way which demonstrates the character’s profound sense of alienation. Ela Portnoy is charismatically grim as mercurial outsider Margreth, and Brigit Rauchbauer is delightfully twisted as the bloodthirsty Doctor Coffinnail. Henner Petin also deserves praise for taking the comparatively minor role of Woyzeck’s friend and implied lover Andres and imbuing it an intense humanity, which makes his tragic fate at the play’s climax all the more moving. The cast perfectly captures the morbid, off-kilter tone of the fragmentary script, and they stick with it right to the end.

There are a few shortcomings. The play’s relentless action leaves the audience with little room to breathe, and the play has to try harder and harder to shock as it goes on. There were a few technical faults too – actors at the opening night performance frequently stood in front of the surtitle screen, which was a pain for poor monolinguists like me, and the surtitles themselves struggled to keep up with the actors’ delivery. The visible mouse cursor and obvious transitions between slides didn’t look great either.

But these quibbles likely won’t matter for the play’s intended audience. Woyzeck is a hard, fast, uncompromising drama, and that sense of daring and self-confidence makes a nice change from the deliberately halting BT shows of late. So don’t be put off if you don’t speak German; this is some of the best student drama you’ll see all term. Although good luck getting to sleep after watching that final scene.

Woyzeck will be performed at the Oxford Playhouse from the 24th-28th May, tickets available here.