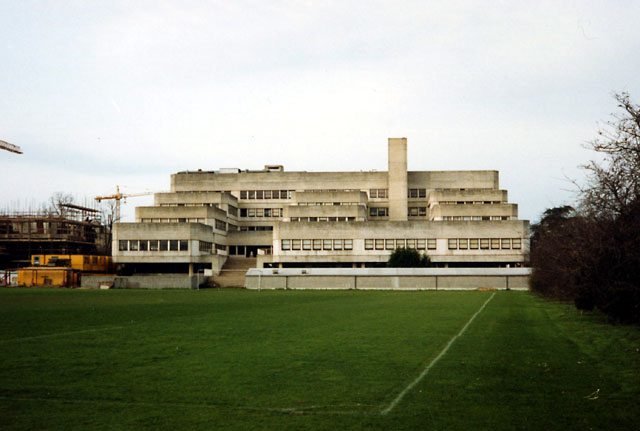 Oxford University’s Tinbergen Building, home to the Departments of Zoology and Experimental Psychology, is set to undergo a refurbishment and expansion beginning this summer.

The construction firm ISG, with whom the University has recently secured a contract, will execute proposed changes including the development of a new building entryway, the construction of a new student hub, and the addition of new teaching laboratories for the Department of Chemistry. Following several rounds of public consultations on the plan in 2015, the Oxford City Council’s West Area Planning Committee voted in unanimous approval of the expansion scheme in March of this year.

The building, located on South Parks Road, was designed by Sir Leslie Martin and named after Nikolaas Tinbergen, joint winner of the 1973 Nobel Prize for Physiology or Medicine. Since its completion in 1971, the building has undergone a series of revisions that have obscured some of its original architectural characteristics. The new design, created by Australian architect Francis-Jones Morehen Thorp, will re-establish the stepped profile of the building, its uniform street edge alignment along South Parks Road, and the floor plan symmetry within the building’s wings. The first phase of construction has an expected completion date of summer 2017.

Aside from the refurbishment of various facilities, the new construction will also provide some additional space within the four-storey building, which is currently around 600,000 square feet. The University plans to add a three-storey structural extension to the existing building to accommodate the Department of Chemistry’s growth projections beyond 2020.

“The department is really growing, and there’s a lot of research happening,” said Amar Sarkar, who conducts research in the Tinbergen Building within the Department of Experimental Psychology. “It will be really great to have more testing space to accommodate all of the research.” He noted that the current residents of the building have already seen changes in recent weeks, as “there’s a lot of prospecting and moving and drilling already happening.”

ISG is targeting a rating of “Excellent” for the building’s assessment under BREEAM, the Building Research Establishment Environmental Assessment Method. Sustainable measures in the new construction will include the fitting of external solar shading, an extensive roof-mounted photovoltaic panel array, an advanced heat recovery system, and a connection into the University’s combined heat and power district heating system.

Paul Sharp, divisional director of ISG’s Engineering Services business, said, “Schemes like the Tinbergen Building require a contractor that is experienced in technically demanding environments, offering an end-to-end solution with a highly engineered response to complex challenges.” According to Sharp, ISG customers operate “some of the most highly engineered and technologically advanced buildings in the UK.”

CPC Project Services is project managing the building expansion on behalf of the University. Managing Partner Steve Mole has called the renovation plans “ambitious,” saying that the firm is “delighted” to offer its services in support of the University.