The style of Queueue: A Coffee Shop Musical is best described as a kind of gentrified cyberpunk. A free-form, genre-mixing musical, Queueue unites some of the finest talent of the Oxford theatre scene for a show about life, love and cyber-stalking, all set inside one painfully hipsterish coffee house. Set to be performed this weekend at the Modern Art Oxford Cafe, director Stephen Hyde and writer Leo Mercer have tasked themselves with nothing less than ‘adapting the internet’. This is a show with ambition in spades, and while the preview performance showed several rough edges, Queueue looks set to get people talking, both online and off.

The coffee shop setting is more than superficial. The audience will be seated among the performers themselves, with the whole cafe as the play’s dramatic space. The performers sit at tables, stand behind counters, and wander around as the various episodes unfold, and the whole production has an air of intimacy which the writing capitalises on in interesting ways. The characters are all upper middle-class metropolitans of a type familiar to anyone who has ever sat in The Missing Bean, with laptops and smartphones as omnipresent props. The songs are nicely relatable as well, and deal with such familiar themes as clickbait, procrastination, and the issue of privacy in an age when a person’s entire life can be stored electronically.

The singing is natural and unmodified, while the backing tracks are all contemporary-feeling electronica. It’s a nice thematic contrast – the intimacy of the space set against the artifcial nature of digital communication – but it’s one that could very easily go wrong, and the decision not to use microphones might end up backfiring if no-one can hear the singers over the music. But with the singers themselves there’s very little to complain about. The Oxford Gargoyles’ Jemimah Taylor is charismatic and charming as Alice. the play’s nominal lead, and John Paul and Amelia Gabriel are just as compulsively watchable here as they were in The Marriage of Kim K. Also impressive is Charles Styles as banker-cum-hacker Cody (geddit?). He manages to be both sleazy and oddly thrilling, even if a few of his raps didn’t quite hit the mark in the preview performance.

The songs themselves are dynamic and punchy. The opening number ‘9AM I Am’ builds an effective wall of sound which mirrors the everyday anxieties of coffee shop society, and ‘Number One’ makes an intelligent love song out of the clickbait listicle format. The lyrics present witty riffs on internet trends and bourgeois anxiety, and the performers’ gusto helps sell what would otherwise be a lot of very privileged people moaning. This is not the slickest or most disciplined preview I’ve ever seen, but it does have the makings of something truly special, and will certainly be a worthwhile experiment either way. Or, as they say on the internet, Check Out These Sixteen Reasons Why The Internet Is Totally Weird (Number 6 Will Blow Your Mind!).

Queueue will be performed in the Modern Art Cafe from the 3rd-5th June.

What’s on This Week: Sixth Week 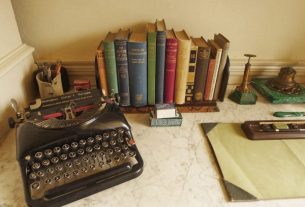 The long road to adaptation for ‘The Stand’