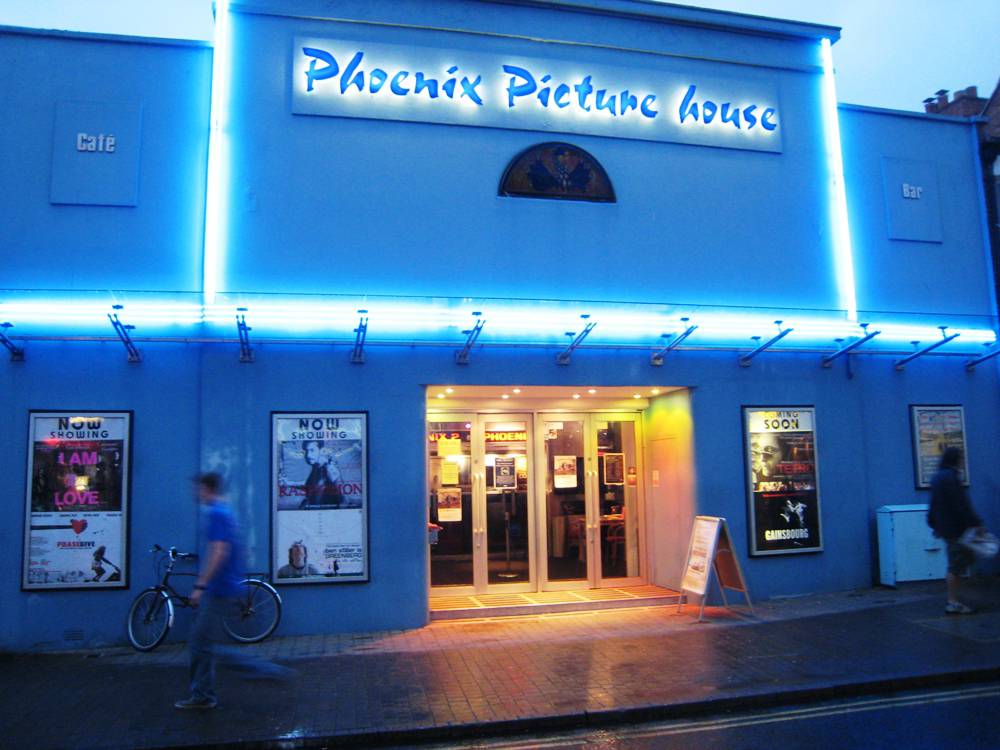 Sheltering from the midday sun, I was grateful for the shade provided by the Phoenix Picturehouse’s second screen. I sank down into the seat and felt my shirt cling to the upholstery. Two became one, as I did my best Comic Book Guy impression, minus oversized beverage and ponytail. Collecting my thoughts before the Oxford Broadcasting Association’s Student Film Premiere, I once again reached for a Simpsons reference, as I realised that my only point of contact for watching a series of short films was the Springfield Short Film Festival. With the bar set at an almost unreachable height I wondered whether anything could possibly live up to the tender pathos of Hans Moleman’s Man Getting Hit by Football or Barney Gumble’s unfortunately titled Pukahontas.

In the middle of the programme during Florence Hyde’s Heaven Knows came the biggest laugh of the day. The film gently satirises some of the tropes associated with self-involved arty types and the aura of mystique that begins to develop around their “creative process”. Hilarity followed the successive cameo appearances of certified “big names”, Luke Rollason (Around the World in 80 Days, The History Boys), a wine-quaffing Silas Elliot (The Sex Lives of Eels, Assassins), secretary of the OBA, and Felix Grainger (Richard II, Amoré), who is seen spooning chow mein into his mouth with an alacrity found only in the most dedicated of method actors.

That’s not to say that the day ever descended into self-congratulation. My fear with events like this is that I’ll find myself trapped in an echo chamber, subjected to a chorus of ‘Darling, you were wonderful!‘s. Yet any such worries were quickly dispelled not only by the level of craftsmanship provided by the films on display but by the opening speech of OBA President Hendrik Ehlers. His message was simple: if you want to make a film whilst at Oxford, just ask.

The variety of films on offer reflected this sense of inclusivity. The opener, Martin Friar’s First Kiss, directed by Megan Gibbons, follows Katie (Angharad George-Carey), as she leafs through an old scrapbook, remembering the story of the only boy who ever rejected her. The films sits somewhere between music video and a confessional posting on a youtube channel, with George-Carey playing the amusingly conceited schoolgirl opposite Martin (Wesley Nelson), who, shielded behind the thick lenses of his glasses, remains impervious to his seducer’s advances.

The light-hearted, self-contained production could not be further away from the two big-budget films directed by Joel Scott-Halkes. Since graduating with a degree in Fine Art from the Ruskin last year, the director has continued to develop themes established in his final degree project, Terminus. First offering, United Strong Alone, builds upon his earlier work, avoiding a linear narrative, whilst opting instead to flit between claustrophobic scenes of councils gathered round tables and disorientating glimpses of a dystopian outside world. Indeed, the films that I enjoyed the most were often those that eschewed a straight narrative and left the viewer to fill in the gaps.

In this category particular highlights were Silas Elliot’s III and Hendrik Ehler’s Storge, two very different films. The former describes itself as “an atmospheric short film and landscape art”. An anonymous man (Tom Curzon) sits by a campfire and simply addresses a ‘girl’, whilst interspersed scenes reveal his pilgrimage over hills and woods, carrying behind him a small doll on a makeshift, cardboard sleigh. Ehler’s is equally enigmatic. In a deserted car park we follow the perspective of an unknown monster in pursuit of Kay (Mary Higgins). Injecting herself with a strange substance engineered by Jason, whose relationship with Kay is left ambiguous, she narrowly avoids disaster and makes her escape through the labyrinthine stairwells. Upon returning home she begins to suspect that Jason may know something she doesn’t. At the centre of both films are two really strong individual performances. Curzon, who earlier this term gave a pugilistic performance as Henry Bollingbroke in Richard II at the Keble O’Reilly, here looks like a viking berserker in comparison to the spindly aesthetes one expects to encounter in an average student production. Whilst Higgins, another actor that has earned plaudits this term, stealing the show in Dennis Kelly’s Orphans, mesmerises with her piercing green-eyed stare.

Whilst some of the more narrative-driven entries felt a fraction overambitious and rushed, the final (and longest) film of the day, Alvin Yu’s Spilt, managed to engage without overstaying its welcome. A moving snapshot of a mother and daughter’s recovery from trauma, it developed a simple premise, posing questions and taking its time to fill out the character’s background. Perhaps the bleakest of the ten films shown – quite an accolade given the selection – it gave a fitting conclusion to the premiere and stayed in the memory after I left the theatre, blinking my way into the sunshine.