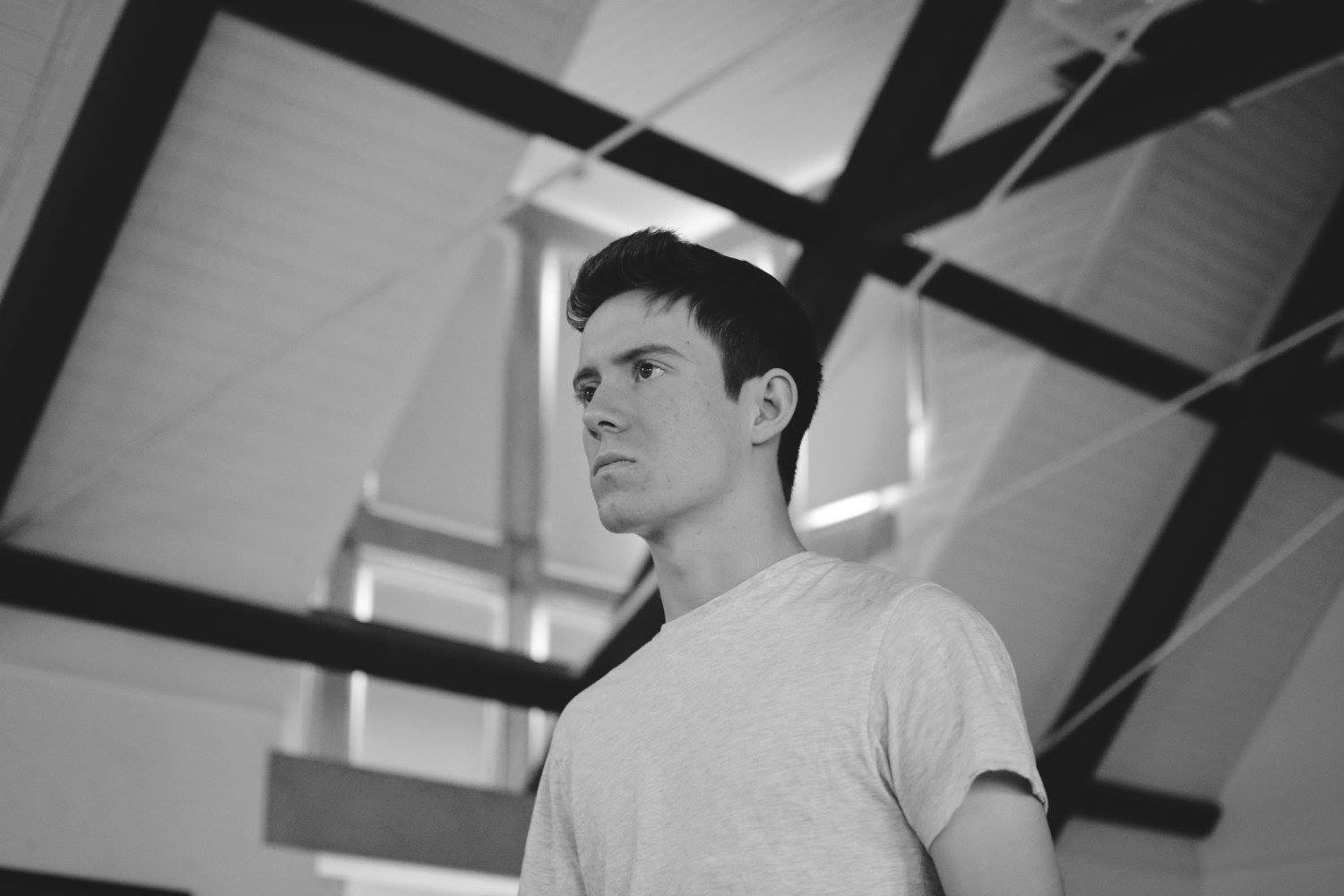 Biblioclasm. Libricide. Book-burning. These are all words that roll off the tongue trippingly. But this action, this destruction of books, a nightmare for any student, is a concrete, or rather ashy, reality for the inhabitants of the dystopian society of Fahrenheit 451. Here, all books have been outlawed, and the government employs ‘firemen’ to burn them, menacing in their leather jackets, reminiscent of Nazi uniforms. The director, Charlotte Vickers, has really brought this feeling of oppressiveness to life- the audience are crammed into tight rows facing each other- and just as the inhabitants of this world are scrutinising each other for signs of dissent, it is impossible not to observe the reactions of other audience members. We watch the play surrounded by smoke, and torn out pages. You can smell the burning, which is actually quite powerful, because you are fully immersed in a world where this scent is part of the every-day. The set is fabulous, with images of political thinkers hung around the back and chests covered in books.

Our protagonist, Montag (Chris Page) is trapped in the middle of this society, as one such fireman, who after ten years of burning books, after a series of incidents with more enlightened people, develops a love bordering on obsession for them. Montag is a difficult character to play, purely because he’s constantly moving between different moods, from nastiness to his wife and books, and bemused wonder at his new found knowledge. His love of burning soon turns to horror, and Page grapples really well with the complexity of these shifting emotions. In interacting with the firemen, like all other government workers in the play, he is emotionless, somewhat dead behind the eyes. Their movements have been choreographed very tightly, creating an effect of robots disguised in human bodies. But when Montag meets Clarisse (Islah Wallace), a young woman full of ideas and light, he really begins to come to life, and that façade of emotionless drops, he almost melts. They have a lovely dynamic- Wallace is captivating, a bit like a cross between Amy Adams and Elizabeth Moss- and in the role as Clarisse is ceaselessly cheerful, thoughtful and genuinely connects with Montag. His revelation about books, as affected by her, seems totally plausible in a way that could have rung false with lesser actors.

But this likeability shown in these scenes is undercut by his treatment of his wife Mildred (Sophia Rolt). Though we are aware of his desperation and his frustration at his wife’s indifference to the oppressive forces of the government, he is physically and verbally threatening to her; a woman lost in her own world, and disorientated by prescription drugs. Rolt plays up the hysteria of this part, and has some very funny moments. Mildred’s friends, two glamourous housewives (Anusia Battersby and Elizabeth Mobed), are similarly apathetic to the oppression of the world, and a darkly comic scene depicting them watching insipid television is quite brilliant in showing how brainwashed they are. They chant along to the tv in a stupor- as Montag puts it they ‘talk like children’- although, he is violent to these women too. In one scene, Beatty (Ali Porteous), the head of the fireman, uses Mildred’s body as a prop for his speech, twisting her arms and throwing her about the stage. This direction is really quite frightening, and drives home the physical impact of his words- the characters in this world are always on the brink of brutality.

The importance of language, speech and story is brought to the fore in this production, particularly in terms of clarity of tone and expression. You really listen to the words being said, especially in a tense scene between Montag and his boss, Beatty. They make well known literary quotes really sing- particularly from the mouth of Porteous- these old aphorisms and quotations, never felt clichéd, despite how familiar the audience might be with them. Each word rung with meaning, in a volley of exchange that was truly lyrical. With that said, some of the dialogue did seem off-kilter. The book is originally set in an American dystopia, and Vickers made the wise choice to keep the English accent. However, this meant that the frequent uses of Americanisms like ‘darn’, ‘dumb’, and ‘sonofabitch’, suitable to an American setting, sounded incongruous- words that could have been substituted or omitted. Some actors had a slight tendency to go into ‘1950s radio 4/ Shakespeare voice’ which could at times overshadow what was otherwise superb acting. It made them become a bit of caricature of themselves at points, rolling rs and giving an intensity to every line in certain calmer scenes that meant actual moments of extreme tension cloyed. A more natural delivery would have been preferable.

However, for the most part, this production kept us on our toes, and we as audience members were always kept conscious of the cruelty of this dystopian world. It made me consider how lucky I am to have constant access to books and knowledge, at a university where I am only five minutes away from row upon row of volumes in so many beautiful libraries. This production is all the more compelling considering how many regimes there are worldwide that do ban and censor books, and murder their citizens for possessing forbidden items, be them books, films or music. Whilst we rarely see actual murder or burning enacted on stage, Vickers uses physical theatre to create potentially abstract concepts such as ‘the hound’ (a robotic executioner designed to slaughter dissenting readers, its howls and snarls echo throughout the piece as a soundtrack) to an excellent end. In spite of all of this, I left the theatre with a feeling of hope, as if the characters could get beyond this, and we get a taste of rebellion towards the end. This production is incredibly gripping, and all of its actors are absolutely committed, even down to the smallest part, they craft rich and engaging characters. In the space of a few hours, they create a very real and very terrifying world. A world that is the living reality for so many people. Go see.

Farenheit 451 will be performed at the Michael Pilch studio theatre from the 1st-4th of June, tickets available here.