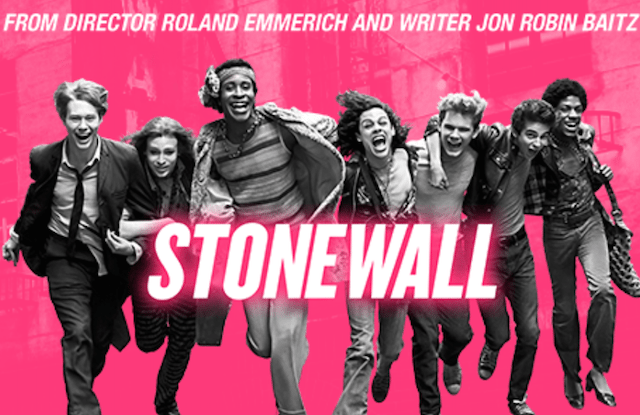 Amidst news of Scarlett Johansson’s casting as Major Motoko in Ghost in the Shell, many news outlets took an opportunity to begin a productive discussion about the problem of whitewashing in Hollywood. Less discussed, however, is Hollywood’s similar problem with ‘straightwashing’. The old adage holds that to make it in Hollywood, one has to ‘play gay’, and it has certainly served a number of actors well. Sean Penn received great critical acclaim for his turn as Harvey Milk in the eponymous 2008 biopic, as did Tom Hanks for his role in Philadelphia, with both snagging a coveted Academy Award. However, in recent years, there has developed a worrying trend of mainstream films in Hollywood ‘straightwashing’ the lives of the characters they’re based on, either through the injection of a non-existent heterosexual plotline, or the watering down of the queer narratives themselves. These alterations, often made with the perceived comfort of a heterosexual audience in mind, are becoming all too common, and represent further erasure, masquerading as progress.

Undoubtedly the greatest offenders with regards to ‘straightwashing’ are biopics – films based on the lives of queer pioneers, and historical figures. The Danish Girl, released in early 2016 was one such film. Whilst it received praise for its ‘daring’ decision to portray Lili Elbe, one of the first recipients of gender reassignment surgery, little was made of the historical inaccuracies concerning Gerda Wegener. The relationship between Lili, and her wife Gerda (played by Alicia Vikander), was, in fact, far more complicated than Hooper’s film would have us believe. It neglects to mention the lesbian erotica Gerda was so famous for painting, which called into question her sexuality. Indeed, many contemporary accounts claim that despite Vikander’s agonised plea ‘I need my husband…I need to hold my husband’, Gerda was in fact living as a lesbian during the early stages of Elbe’s transition. This omission certainly brings into question the motivations of Hooper’s film, which seems more concerned with the apparently tumultuous relationship between Gerda and Lili, than staying true to the details of her life. The prominence given to this heterosexual dynamic within their relationship, and in particular, the total insistence on Gerda’s heterosexuality is a clear example of ‘straightwashing’, designed to engage with a larger heterosexual audience – disappointing from a film so often touted as bringing trans issues to the forefront of the cinematic world.

Unfortunately, this toning down of queer elements isn’t solely restricted to The Danish Girl. Morten Tyldum’s The Imitation Game faced similar accusations of inaccuracy. Once more, Turing’s relationship with Joan Clarke was exaggerated a great deal, with Turing’s biographer Andrew Hodges claiming in an interview with the Sunday Times that the film had ‘built up the relationship with Joan more than it actually was’. Once more, despite the film following a queer character, a great deal of emphasis was placed on the heterosexual dynamic between the two main leads. And, once more, creators sacrificed historical accuracy to appeal to a ‘mainstream’ audience. The film ending with the news of Turing’s recent ‘pardon’ for his homosexuality, in a supposedly cathartic moment, arguably added insult to injury, in a film which, whilst portraying Turing’s sexuality as central to the plot, somehow simultaneously manages to shy away from presenting it in any great depth.

Undoubtedly, this year’s worst offender for ‘straightwashing’ was Roland Emmerich’s Stonewall. This is particularly disturbing, given both Emmerich’s status as an openly gay director, as well as the subject matter of the film. In its (widely mocked) trailer, the film mentions ‘the untold heroes’ of the Stonewall Riots, and states that ‘for every movement, and every injustice, there is a moment that changes history’. However, rather than focussing on the role played by renowned activists such as Marsha P. Johnson, or Silvia Rivera, both transgender women of colour, Emmerich invents a character to take centre stage. Danny Winters (even whiter than his name would suggest), is played by Jeremy Irvine, and is presented as a masculine, white, gay man. In one of the most explicit moments of erasure within the film, Danny is shown throwing a brick through a window, yelling ‘it’s the only way!’ and supposedly triggering the Stonewall riots. In reality, it was Rivera and Johnson who instigated the riots, but Danny clearly had a little more ‘blockbuster potential’. Emmerich himself stated in an interview with Buzzfeed ‘I didn’t make this movie only for gay people, I made it for straight people. For straight people Danny is a very easy in. Danny’s very straight acting. He gets mistreated because of that. Straight audiences can feel for him’. To take an event as important to LGBTQ history as the Stonewall riots, and retell it, with a ‘straight-acting’ protagonist is damning evidence of the prevalence of ‘straightwashing’ within Hollywood.

Presenting queer narratives through a heterosexual lens, does not represent progress. To portray already marginalised figures like Marsha P. Johnson, Alan Turing and Gerda Wegener in a manner which shies away from the truth of their lives is demeaning and insulting. If we are to remember queer pioneers, let’s remember them correctly.