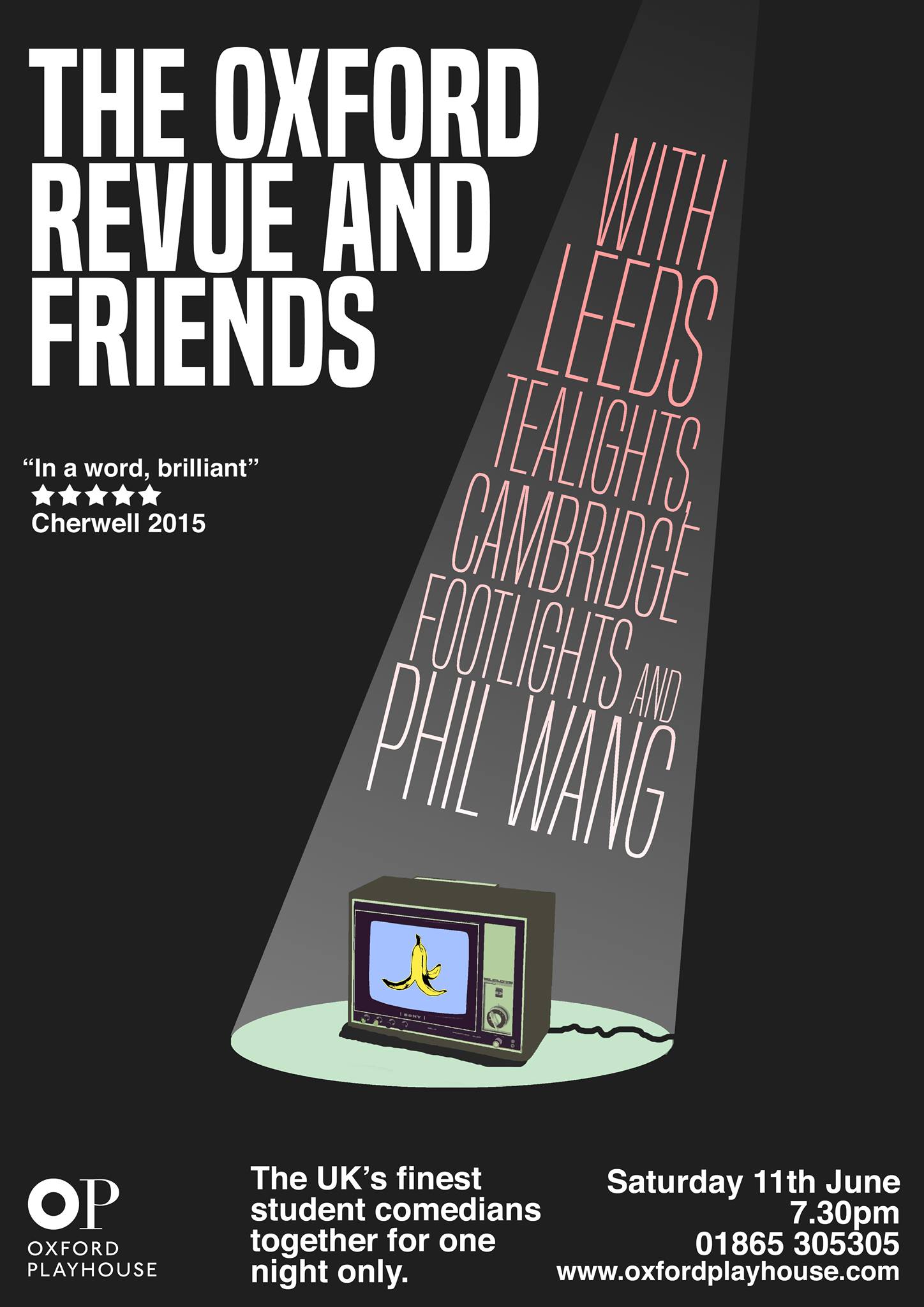 People who say Oxford is no laughing matter are very much not the target audience of The Oxford Revue and Friends, Saturday night’s showcase for the city’s hottest up-and-coming comics. Also featuring appearances from the Leeds Tealights and the Cambridge Footlights, as well as hot new stand-up Phil Wang, the evening felt like a promise of things to come – we were watching live what would likely end up on ‘best of’ compilation videos thirsty years later. Fresh, witty, and raucously entertaining, this was a demonstration of the best UK student comedy had to offer, even if, at two hours, it perhaps needed a bit of a trim.

Phil Wang made an excellent host, cracking jokes about his own career (“it’s been six years, and I’ve just moved further up the bill”) and making easy banter with the audience. A rather mild introduction eventually gave way to some whip-smart jokes about racism (“it isn’t always black and white – there are shades of yellow too. I think I’ve just written a haiku”), and his affable stage presence helped to smooth the transitions between each act. The show’s first hour was split into two halves, with the Leeds Tealights and Cambridge Footlights respectively, before handing over to Oxford’s own after the interval.

The first half was overwhelmingly solid. The Leeds lot opened strong with a wonderfully grim bit about a girlfriend tied to the train tracks, followed by half an hour of similarly imaginative sketches. The highlight was a sketch involving a dude’s girlfriend catching him listening to Coldplay, (“It’s Arctic Monkeys!” “I would have preferred porn!). It perfectly captured the ludicrous yet pervasive power of music snobbery, and the performers delivered it with aplomb. The Varisty crowd were similarly good, with cleverly-written observational sketches about table football and improv comedy, although they were at their best when indulging their weird streak. Their best sketch was a slightly nightmarish dialogue about work experience in a chicken factory, delivered in an unnerving deadpan. Of the two acts, Leeds had the superior performers, while Cambridge had more refined and subtle sketch writers, which added up to an excellent showing overall.

The second half was a mixed bag. There was some seriously weak material towards the beginning, as some of the Revue’s newest recruits struggled with an overlong parody of student open mic nights, which had several good gags but lacked structural coherence. But once the old guard took the stage it was clear sailing right to the end, with clever scene after clever scene, including a genius riff on E4’s Skins and a Star Wars sketch worthy of Mitchell and Webb.

At two hours there were places where the show felt overlong – perhaps a ninety minute performance would have trimmed some of the fat – but this was a witty, subversive and thoroughly enjoyable evening. Well acted, creatively staged, and brimming with clever ideas, The Oxford Revue and Friends remains a highlight of the student comedy calendar.