I’m maliciously glad that the person who was going to review Queueue yesterday at the café of the Modern Art Gallery fell victim to a stomach bug and leaving me to do it. I’ve tried not to use the word ‘d*fferent’ for this new musical from Leo Mercer and Stephen Hyde, directed by Scott Bolohan, so you can supply it yourselves. Arriving far too early meant I sat listening to the warmup of the cast around me; there was nowhere to hide, but it did make it easy to watch the (usually rapt) faces of the audience, who were the ones not singing. There was no divide between cast, crew and audience – everyone was reluctant to leave at the end.

The atmosphere was indeed so relaxed that I was able to chat with Lea, a friendly member of the cast from whom I learnt of the musical’s failed bid for the O’Reilly, which was really a godsend. Queueue needed this setting and did it justice. The sightlines weren’t always perfect, but seeing people looking nervously around them was great – the show starts with yawns, the lighting coming up, layering voices talking about waiting, always waiting, and then suddenly: beauty.

Ben Christopher is affable as the cyberefficient barista, Jazz; Jemimah Taylor is a clear-voiced Alice; Zoe, played by Jess Bollands is lit by the cast’s flashlights on their phones as she sings. Cody’s (Charles Styles) character is enjoyable and slightly camp, reminiscent of some twat from The Thick Of It. Lea Kambskarð-Bennett is admirable as Google in ‘Error 901’, and the outdated Charlie bit my finger reference was actually welcome because of the faces Amelia Gabriel pulled as she mouthed along. The fourth wall is leant on pretty heavily which suits the production: this is a comment on the internet, on coffee shops, on all of us who recognise what it is we’re seeing as something too familiar, and Hyde’s music knows exactly what it’s doing – I especially liked the ringtone punctuating the singing of to-do lists in ‘Power Thru’, and ‘Second Life/Inventing the World’ is one of the more gorgeous songs.

Cody’s obsessive stalking of Zoe is played as wrong, but ultimately motivated by love, which is a little confusing: should Jazz help him in his genre-hopping number ‘Shuffle’ to win Zoe’s heart? And as a modern show the cast could have been more diverse, though I appreciate this is Oxford, the centre of whiteness. The cast should also be wary of gendering their audience when interacting with them, and in similar vein I wonder what message is sent by having the actors wear Alice bands with bows whenever playing trolls. But Queueue altogether is a perceptive and deeply relevant creation which can’t be reduced to asking one question – it documents our full and weird relationship with the internet. Thank fuck we still live in the physical world, though, or that reviewer wouldn’t have got that stomach bug. 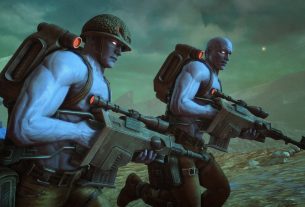 The Interview has been released – but now what?